How Much Money Do We Need?

With government largess rapidly approaching infinity, it may seem naïve to raise the question of how much money an economy needs. But we need to ask, if only to assure ourselves that reasonable questions are still legal. In fact, the question itself serves as the title of a 2007 book by Hunter Lewis, How Much Money Does an Economy Need?, which followed an earlier book of his, Are the Rich Necessary? Though both are brief, their wisdom-to-word ratio is quite high.

The question of how much money an economy needs assumes we know what money is and whether we need any at all.

If I had never heard of Mises, Rothbard, and other Austrian economists, I might say money is the Ben Bernanke–issued paper I would like to have in my wallet. I want absolutely no limit on the amount. When I decide to spend, I want the money to be there so I can spend it. Don't make me think about the supply; it should be inexhaustible. You want hard times? Make money hard to get. When I don't have enough money, I can't spend, and that hurts me and everyone who's dependent on me, which is ultimately the whole world. As a general rule, we can never have too much money in the economy — the more, the better. Therefore, when we read about Bernanke shifting the printing press into high gear, we should ignore the babble accusing him of destroying the dollar, the economy, and what's left of peace, liberty, and prosperity. We should feel comforted he's doing the right thing. Or if he's not doing the right thing, it's only because he's not creating enough money. But in fact he is — look at the Dow. Look at the staggering profits of Goldman Sachs. As the big guys go, so goes the country. Wasn't that the rationale for Paulson's handouts? Even the unemployment rate is slowing. We'll soon be back in Fat City — get ready to uncork the champagne and toast the Fed. 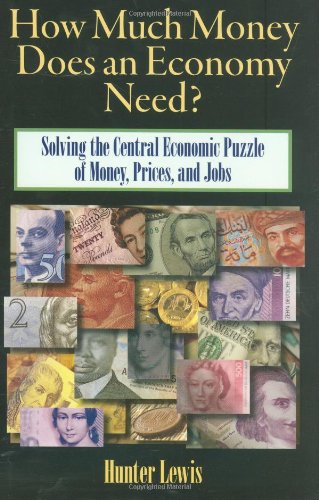 Money in the sense used above has never been accepted by people voluntarily. It has to be forced on us through monopoly privilege and legal tender laws, along with the outlawing or restriction of alternative monies. Government money comes into existence after a market money is well-established, with government's notes redeemable in the commodity money. Then government eliminates the commodity backing and forces people to use its fiat paper money exclusively. As Mises argued in his regression theorem, there is no way government can impose its paper money on an economy from scratch. Money arises first in a barter economy as a commodity that is commonly accepted in trade.

But why did people even use a commodity money? Was that itself a corruption of barter?

Commodity money arose voluntarily as a logical extension of the direct exchange of useful goods. In a barter world, the volume of exchanges is limited to the double-coincidence of wants. Furthermore, the producer of an indivisible good, such as a chair, might find he wanted five other goods of lesser value, each from different producers. Without money, he would either have to do without or trade at a perceived loss. 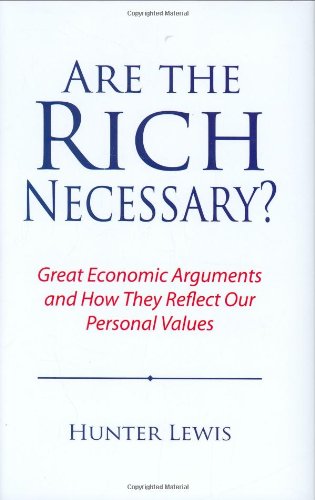 Eventually people discovered they could get around the limitations of direct exchange by trading their products for goods they could trade later. Certain goods eventually proved themselves more widely accepted in trade than others, and people started acquiring them primarily to make future trades. A good widely used for such indirect exchanges became known as money. Among its various physical qualities, the money chosen was divisible into smaller homogeneous units so that the chair-maker, say, with money at his command from a previous exchange, could acquire a dozen ears of corn, for instance, without giving up a whole chair.

Commodity money, then, arises through the voluntary cooperation of market participants, meaning there is widespread support for the money without violation of anyone's property. Over time, gold, and to a lesser extent silver and copper, became the market's choice of monies.

As Rothbard tells us, money makes it possible for

. . . an elaborate "structure of production" [to] be formed, with land, labor services, and capital goods cooperating to advance production at each stage and receiving payment in money. [pp. 20–21]

The round-about way of trading a good for money, then trading money for some other goods, is the basis of an expanding economy and the division of labor. With commodity monies, or what Guido Hlsmann terms "natural monies," civilization developed, with people living in houses instead of caves.

In sum, money originated as a highly-marketable commodity through voluntary exchanges. It is needed for human life to flourish. But how much do we need?

Following Rothbard, we learn that the total supply of commodity money in society is equal to the total weight of the existing money-stuff. If the market has selected gold as money, then the supply will consist of the total weight of gold in society, regardless of its shape. Since the money is a commodity, its supply will be governed by market forces, such as the profitability of mining or its demand for nonmonetary uses. Because money is not used up like other commodities and its potential supply is thought to be small, changes in its supply will tend to occur slowly.

Since money as such is neither a consumer nor a capital good, increases in its supply confer no social benefits. If the supply of hammers increases, it boosts the availability of hammers to the public; if the supply of money increases, it makes the hammers more expensive and lowers their availability. More money, therefore, does not make the general public richer; it merely dilutes the purchasing power of the money unit. On the other hand, if the supply of money should decrease, each remaining monetary unit will buy more. The supply of money, therefore, does not affect the total wealth of society; it only affects the price of that wealth.

Conclusion: Any money supply will do, above a minimum threshold.

How did we wind up with Bernanke?

There will always be people who wish to live at the expense of others. Government does this through taxes and inflation — which is here used as an increase in the money supply — and in modern times, inflation, because it is generally misunderstood by the public, is a politically safer method of confiscation than taxes.

Banks generate inflation through the practice of fractional-reserve banking. Banks profit from inflation. The gold redemption requirement limited the amount of inflation banks could create.

Inflation also creates crises. In the old days when people lost confidence in their banks they made a run on their banks to get their money back. No fractional-reserve bank could meet its obligations. The government protected the banks by allowing them to default on their obligations but still keep their doors open. They were allowed to collect loan payments from debtors.

In 1913, after over a decade of promoting the idea of banking "reform," the biggest bankers got together with key politicians and got a law passed creating a central bank — the Fed. The Fed would be in charge of the money supply. The government granted its notes a monopoly privilege and legal tender status; in return, the Fed provided the government a new revenue source without the hassle of the legislative process. The year 1913 is frequently cited as the end of the American republic and the beginning of the American empire.

For the first two decades of the Fed's existence, gold was still money, though its everyday use had been discouraged. As long as gold was still the heart of the monetary system, it could disrupt Fed plans.

The Fed's monetary inflation caused malinvestments that had to be corrected. Unlike all previous recessions in American history, including the recession of 1920–1921, the government refused to let the correction happen, first under President Hoover, then under FDR. One of the first things President Roosevelt did was to confiscate the people's gold. He took the country off the gold standard, announcing that Americans could no longer get Fed notes and deposits redeemed in gold coins. President Nixon did the same for the rest of the world in 1971.

The American dollar is no longer tethered to gold. Whereas money was once difficult to create, thus keeping its supply limited and protecting its value, the Fed can create fiat paper money in any amounts at the push of a button. Because of the benefits that accrue to the early users of the new money, there is pressure throughout the political system to keep the money machine printing.

Ben Bernanke is committed to monetary inflation. He claims it is healthy in boom times and will pull us out of any recession. He blames the Fed for not inflating enough once the Great Depression began. He's determined not to make the same mistake today.

Fiat paper money regimes are not designed to promote a healthy economy. They are designed as a means of wealth distribution for the benefit of a few.

Previous article by George F. Smith: One Man in a Million

A Conspiracy To Commit Mass MurderThe Story of My Shoe