Hi! I'm an Evangelical With the U.S. Department of Justice, and I'm Here to Lie to You

You belong to your father the devil and you willingly carry out your father’s desires. He was a murderer from the beginning and does not stand in truth, because there is no truth in him. When he tells a lie, he speaks in character, because he is a liar and the father of lies.

As one who has written continuously about federal criminal law and prosecutorial abuse, I rarely find myself surprised by anything that the minions of the misnamed U.S. Department of Justice do or say. The DOJ is populated with people for whom truth has taken a permanent vacation, and I doubt seriously that the situation will change just because there is a new attorney general.

However, a recent article about the overturning of a criminal conviction in federal court has managed to surprise me, if only to be amazed at the sheer hubris by DOJ personnel. Indeed, at a federal appeals court hearing, a DOJ official openly admitted that she and her colleagues presented a false case — and clearly was proud of it. Holman Jenkins of the Wall Street Journal writes about the overturning of a conviction of a former CEO:

In a final indignity, after Mr. (Greg) Reyes’s conviction, the government admitted it knew its central contention was false, thanks to numerous, immunized statements from finance department officials. As Justice official Amber Rosen told the appeals panel in oral argument this past May: “Defendants aren’t entitled to a perfect trial. . . . Misstatements happen.”

"Misstatements happen." Rosen knew and pretty much admitted that she and her colleagues knew that they were lying in court, lying to a judge, lying to a jury, lying to the public, lying to everyone. Nothing will happen to her, and nothing will happen to her fellow prosecutors, who most likely will retry Reyes not because he is guilty of anything, but rather because they can do it, and since they openly admit they are liars, they pretty much have the run of the store.

The case against Reyes involved backdating of stock options, a common business practice that federal prosecutors suddenly decided to criminalize as part of its crusade to create new and draconian "economic crimes." The feds were trying to claim that Reyes had misled his colleagues, but the government’s actions clearly were at odds with itself. Jenkins writes:

So, it has come to this: federal prosecutors now openly admit to appeals judges that they knowingly presented a false case, lied to everyone, and that such lying just "happens." I would like to know how people who claim to be against lies have turned into liars themselves. Unfortunately, I believe I have discovered one piece of this puzzle, and it involves people who openly claim to be Evangelical Christians and at least some of the culprits have held high church office.

I will deal only with three people, but they have been influential. The first is John Ashcroft, who was the federal government’s attorney general during George W. Bush’s first term. I have covered Ashcroft’s lies and shenanigans in articles here, here, and dealt with the general culture of DOJ lying here. (The last article also deals with an incident involving current AG Eric Holder, so the beat goes on.)

Ashcroft was one who wore his Christianity on his sleeve, but made sure that his Christian beliefs never interfered with his lying. The second person is the former U.S. Attorney for Eastern Virginia, Paul J. McNulty, who also served as the number two person in the DOJ until he resigned after having misled Congress regarding the firing of some U.S. attorneys, a case that still has some traction. 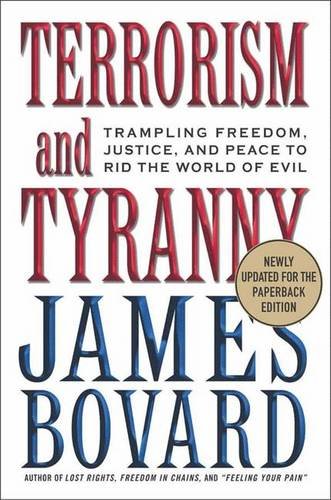 The impeccable libertarian writer James Bovard already has dealt with many of McNulty’s actions in his book, Terrorism and Tyranny, and Bovard’s accounts of McNulty’s “misstatements” are worth reading. As the chief federal prosecutor on terrorism cases, he had his hand in the infamous “Lackawanna Six” case, one that Judge Andrew Napolitano condemned as being the product of DOJ lawbreakers. McNulty also pursued the infamous “paintball terrorists” case in which people were railroaded into prison although no supposed “terrorist plot” ever was discovered.

One of McNulty’s most egregious cases involved the prosecution of physician William Hurwitz, a pain medication specialist accused of (in McNulty’s words) being a "major and deadly drug dealer." Because McNulty’s district has lots of government employees and generally produces pro-government juries, gaining a conviction, even in a case fraught with questions, was relatively easy. Writes Jacob Sullum:

The prosecutors did not dispute that Hurwitz had helped hundreds of patients recover their lives by prescribing the high doses of narcotics they needed to control their chronic pain. Instead they pointed to the small minority of his patients — 5 to 10 percent, by his attorneys’ estimate — who were misusing the painkillers he prescribed, selling them on the black market, or both.

The prosecutors did not claim Hurwitz, who faces a possible life sentence, got so much as a dime from illegal drug sales. Instead they pointed to his income as a physician, which they said was boosted by fees from patients who were faking or exaggerating their pain.

The prosecutors did not allege that Hurwitz had any sort of explicit arrangement with those patients. Instead they described a “conspiracy of silence,” carried out by “a wink and a nod.”

The evidence supporting this theory was, not surprisingly, ambiguous at best, leaving plenty of room for reasonable doubt. Yet the prosecutors got the jury to overlook the obvious weaknesses in their case and convict Hurwitz, in essence, of trusting his patients too much.

Indeed, as Harvey Silverglate writes in his newest book, Three Felonies a Day, the Hurwitz conviction ultimately meant that doctors around the country became fearful of the very medications that alleviate pain, which meant that many Americans would suffer pain needlessly because Paul McNulty wanted a scalp.

Apparently, after his indictment, Hurwitz had agreed to turn himself in at the office of the U.S. Marshals. McNulty had other ideas, having his own storm troopers burst into Hurwitz’s home, and having him manhandled in front of his wife and children. This was not done just to humiliate and bully Hurwitz, although it is clear McNulty enjoyed the bullying; indeed, another reason was so that McNulty could make the false claim at the sentencing hearing that Hurwitz was "uncooperative" upon his arrest. (This is a common tactic among federal prosecutors, and one more example of the Culture of Lying that now owns that agency.)

The reason that I bring in McNulty is twofold. First, as both the lead federal prosecutor on "terrorism" issues and as the number two at DOJ, McNulty was in a key position to affect DOJ culture and to insist upon honesty. The reason I make that point is that, second, McNulty is a ruling elder in a congregation of the Presbyterian Church in America, the same Evangelical denomination to which my family and I belong.

Unfortunately, instead of helping to bring honesty and decency to the DOJ, McNulty chose to further the same Culture of Lying that Bill Moushey exposed more than a decade ago in his award-winning series, "Win at All Costs." Instead of integrity, the DOJ under McNulty’s leadership went into the direction that ultimately resulted in the dishonest and cynical testimony: "Misstatements happen."

Like Ashcroft, McNulty wears his Christianity on his sleeve, and both were featured positively in the Evangelical magazine, World. (World even gave Ashcroft its "Daniel of the Year" award in 2001.) Another federal prosecutor who openly promotes his Christian beliefs is Matt Martens, an assistant U.S. attorney in Charlotte, North Carolina.

Martens, a deacon and a Baptist lay preacher, was the lead prosecutor against Victoria Sprouse, whose case I have documented here and here. In this case, Martens knew that one of his "star" witnesses had sworn under oath in a civil case that Sprouse was innocent of any fraud and was unaware of fraud being committed in real estate deals for which she was the closing attorney.

However, Martens had charged the witness with fraud, but offered him a deal of serving only two years in prison if he would testify that Sprouse knew that there was fraud on her part. The thing to remember is that when the witness swore under oath several years before, he was not under duress nor forced to exchange testimony for a reduced prison sentence.

Thus, when a man completely changes his testimony on a witness stand in order to help a prosecutor fit his own "theory" of what happened, I am going to be very skeptical. Furthermore, Martens and other prosecutors should be reminded that their job is not to win, but to do justice.

As I documented in the second article on the Sprouse case, Martens lied to a judge in order to ensure that Sprouse’s original attorney would not be able to stay on her defense team:

It is important to understand, however, that the outcome was fixed long before the trial, and not by any criminal or regulatory violations on behalf of Sprouse. Martens arranged for the government to forbid Sprouse from selling, disposing, or mortgaging any of her property in order to raise money to pay for her attorney, Pete Anderson. Because all her assets were forbidden to be sold or mortgaged she did not have any other funds by which to pay, the judge declared her “indigent” and then permitted a maximum of $25,000 for her legal fees.

The prosecution’s strategy was obvious. If Sprouse could be denied adequate counsel, as $25K is not going to buy anything more than an attorney who wants to plead out right away, then a conviction was as good as done.

What happened afterward is most important — and sealed the outcome. Anderson told the judge at a hearing in which she petitioned to have one of her properties sold so she could raise legal fees that he still wanted to represent Sprouse, given his knowledge of the case. That is where Martens dropped a bombshell.

Martens told the judge that it would take four-to-six weeks to present the government’s case. Anderson argued that since it would take his firm five months to prepare for trial with another month to six weeks in a trial would mean his firm would have to spend six months for a relatively tiny fee, which the firm could not afford. Thus, he begged off the case and the judge appointed two attorneys who then tried to force Sprouse to plea to a deal that would have given her 20 years. Sprouse, believing she had not committed any crimes and wanting her Constitutional day in court, refused, and from then on, she and her counsel were at odds.

There are a number of reasons why this development was significant, and why Martens had orchestrated it. First, and most important, when Martens actually presented the “evidence” during the trial, he took less than four days. One does not boil four-to-six weeks of material into four days; instead, Martens — an officer of the court and one who is bound to tell the truth while carrying out his duties — had not told the judge the truth. Evangelicals like Ashcroft and others were quick to condemn Bill Clinton for his escapades and especially his lying. Indeed, Clinton became well-known for telling untruths and outright whoppers. Yet, what happened when a Republican government came on the scene, a government which was strongly influenced by those same Evangelicals who claimed to hate Clinton’s lies?