The founders of the American Republic knew their Latin.

That is why they carefully chose the word “federal.” In James Madison’s original draft of a proposed new Constitution (the “Virginia Plan”), the word “national” was used to describe the proposed new Union. However, this word was explicitly rejected by the Constitutional Convention, specifically because the founders did not see the United States as a “nation” but rather as a “federation.” Their vision was for the United States to be a union of sovereign states as opposed to a consolidation of the states into “one nation, indivisible” — and this reality is embedded in the very word “federal.”

Convention delegate Gouverneur Morris addressed this distinction in the debates on May 30, 1787.

The Latin motto “e pluribus unum” also captures the plural nature of the Union. It was never meant to be collapsed and rolled into into “one nation.” This is even evident in common grammatical usage, for while the architects of the Union were still living, the singular verb “is” was not paired up with the plural subject “United States.”

But within decades, the federal government became increasingly heavy-handed with the states.

The struggle between the forces of centralization and decentralization intensified between 1830 and 1861, when political compromises failed, and the Union fell into disunion. Seven states of the deep south had seceded and formed a new federation, acting on what is often called the “compact theory” of the American union of 1789. This approach to the Constitution holds that the states are sovereign, and that the Union is a “compact” between them. The compact theory holds that unless power is delegated to the federal government, that power remains reserved to the states or to the people — a concept written directly into the Constitution itself as the Tenth Amendment. A clear and concise overview of the compact theory and its historical implications, past and present, can be found in chapters three and four of Thomas Woods’s Politically Incorrect Guide to American History.

In spite of the Tenth Amendment and the intent of the founders, by the 1860s, those who opposed secession and who ultimately annexed the seceded states by raw military force were denying the compact theory, and offered instead its diametric opposite: the “nationalist theory.” Though this theory had been around for decades, it was a minority view without teeth until Lincoln and his associates put it into force by force. This alternative view saw the Union as “one nation” that gave birth to the states and not vice versa — though one will hunt in vain for the words “nation” and “national” used to describe the Union in the Constitution itself. 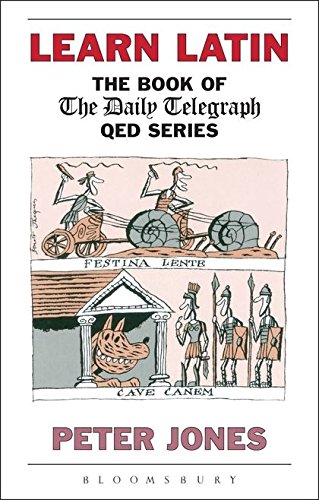 After the conclusion of the War to Suppress Southern Independence, the compact theory was largely discredited (if not derided as treason) and cast aside in favor of the highly-centralized and seemingly invincible “nationalist” model. Even those who defend this radical shift in federal-state relations describe it as nothing short of a “revolution.”

We all know which side won the War of 1861–1865. But as President Jefferson Davis of the Confederate States of America pointed out: “A question settled by violence, or in disregard of law, must remain unsettled forever.” In other words, might does not make right — might only suppresses discussion. I believe most Americans today simply accept the outcome of the war to be a legal and salutary affirmation of our republic as a “nation,” as though the Constitution can be legally amended at bayonet point. Furthermore, it is now common, and even expected, to make the grammatical error of mixing the plural subject “United States” with the singular verb “is.”

And while Lincoln apologists who love Big Government and central planning use every sort of historical revisionism, appeals to emotion, patriotism, and pure sophistry to deny the compact theory of constitutionally limited government and states’ rights, they can’t change the reality of the word “federal.” For while the English language is continuously being twisted and turned, strained and spat out again by politically correct propagandists and thought-police, Latin is thankfully for the most part a “dead language.” It is not subject to political mutation and manipulation. It means what it says.

The word “federal” comes into English from the Latin word foedus (genitive: foederis). And in this light, there is no ambiguity whatsoever when it comes to what the founders meant by rejecting the word “nation” and replacing it with the word “federal.” When one understands this, all the clever and pompous pronouncements from academicians and government bureaucrats (who want Washington, DC to plan and manage every aspect of our lives) fall by the wayside. For the word “foedus, foederis” means: “a league, treaty, charter, compact.”

Thus, federal governance is, by very definition, a compact. The Constitution is a compact. The Union is a compact — not a nation. The founders knew their Latin even as most of our modern-day “educators” and bureaucrats do not. Coincidentally, Jefferson Davis’s middle name was “Finis,” Latin for “end” or “boundary.” His generation’s passing marked the end of education that emphasized Latin and history and classical ideals, and the beginning of Big Government’s brand of “public schools.”

Today, very few people are in a position to even know that the Federal government is, by definition, a compact. Most give it no thought at all.

To show how language has been perverted to the detriment of truth since the time of the American Republic’s founding, a standard modern collegiate dictionary today defines “federal” as involving “surrender [of] their individual sovereignty to a central authority but retain[ing] limited residuary powers of government” (compare this to the text of the Tenth Amendment!) and marks the definition “of or relating to a compact or treaty” as “archaic.” Thus the “living” language of English covers the sins of the advocates of the “living” document theory of the Constitution. This is “change” we have been brainwashed to believe in. Federal is national, just as war is peace, freedom is slavery, and ignorance is strength.

However, perhaps Jeff Davis was wrong about one thing. Maybe this question of the nature of our federal government that was “settled by violence” won’t remain unanswered “for ever.” Even as Latin and classical education are making a comeback, and as people are once more looking to the Constitution for guidance and to history for lessons about government and liberty, it seems that the states and the people, increasingly alarmed at federal intrusions into their affairs, are once again finding their voice in the form of a renewed interest in the Tenth Amendment and even a resurgent nullification movement.

Deo gratias that the founders knew their Latin. And even more so, thank God they knew the danger of centralized power, leading them to establish a federation and to reject a nation. And hopefully We The People, Deo vindice, will once more see the Union as a federation in light of the compact written to limit government and defend our God-given rights, instead of continuing in our ignorance to be bullied, tricked, and manipulated into accepting the great lie of the expansive and boundless “one nation, indivisible” that must be worshiped and obeyed as a god.

Maybe we are ready to join the founders and say unambiguously, “Satis est!”