Wall Street wants to regain your trust. Mutual fund managers, stockbrokers, Wall Street executives, and the Securities and Exchange Commission (SEC) want Americans to keep the faith that buying and holding stocks, for the long term, is a key to building personal wealth. This is a tough sell considering Americans have watched their 401(k)s become 201(k)s. Not to worry says the laughable SEC, they’ve got your back covered. Here is what is stated in the SEC’s 2008 Annual Report: "Today, as more and more investors turn to the markets to help secure their futures, pay for homes, and send children to college, our investor protection mission is more important than ever. And as the nation’s securities exchanges mature into global for-profit competitors, there is even greater need for sound market regulation." Of course, this is nothing but hot air from a worthless bureaucracy. If the SEC was going to help Wall Street turn over a new leaf, it would immediately investigate why Goldman Sachs recently issued a "buy" recommendation regarding Ford Motor Company’s common stock. I promise this investigation will not transpire as the Wall Street banksters are in control and will continue to rip off anybody foolish enough to trust them.

Today, conventional wisdom asserts that Ford remains the only sound domestic automaker as Chrysler is in bankruptcy and GM will likely follow suit. Ford, moreover, has not taken any bailout funds, from the Federal government, and this is viewed positively by the buying public. Along these lines, there are Americans who refuse to purchase a car from GM or Chrysler due to their acceptance of bailout funds. Of the "Big 3" U.S. automakers, Ford has the most positive image.

So why did Patrick Archambault, of Goldman Sachs, recommend buying Ford stock on April 22, 2009? Here are some key reasons conveyed in his recommendation:

Based upon these factors, and others, Patrick Archambault predicts that Ford’s stock may climb by "…58% percent to $6 within six months."

Mr. Archambault, Goldman Sachs, and Wall Street are depending upon something very important. They are counting on the fact that business analysts on television and in the print media will not question this recommendation. These Wall Street charlatans also know Americans are financially illiterate and can’t read a balance sheet — I’m certain the same holds for members of the aforementioned mainstream media. For if someone actually analyzed Ford’s 12/31/08 fiscal year-end audited financial statement, it would be painfully obvious Goldman Sachs recommended the stock of a company that is insolvent.

Ford Motor Company, indeed, possesses cash and marketable securities totaling $15.7 billion in its automotive operations and $24.3 billion in its financial services unit. Yet, this does not overcome the facts that Ford has a deficit working capital position of $15.1 billion and a deficit equity position of $17.3 billion. Plain and simple, Ford is broke and will not survive, intact, America’s current economic depression. For those who own Ford Motor Company stock, be assured it will head to $0 when Ford goes into bankruptcy; and most likely becomes another state-owned automaker.

In my opinion, Goldman Sachs was doing the bidding of the Obama administration. We know there is a cozy relationship between the White House and Wall Street; in which the Working Group on Financial Markets (aka: the Plunge Protection Team) exists specifically to serve the President of the United States. Members of the working group have close ties to Wall Street — and especially to Goldman Sachs. With the messy situations President Obama is dealing with at Chrysler and GM, perhaps it would be best to deal with Ford’s looming failure (and subsequent rescue) later rather than sooner. Hence, it would make sense to help Ford raise some cash, on the capital markets, in order to give it some additional cash to "burn" — thereby putting Ford’s financial collapse further into the future.

To strengthen my hypothesis, and to deepen the plot, it is important to bring Ford’s top executive into the picture. Ford’s press release, about this stock offering, states the following: "Net proceeds to Ford from the offering are expected to be used for general corporate purposes, including to fund with cash, instead of stock, a portion of the payments the company is required to make to the Voluntary Employee Beneficiary Association (VEBA) retiree health care trust with the United Auto Workers." The press release further states:

"We are pleased with this equity offering, which is another key step in our plan to transform Ford into an exciting, viable enterprise poised to return to profitability," said Alan Mulally, Ford president and CEO. "By issuing equity now and potentially funding a larger portion of our future VEBA obligations with cash, we are able to further improve our balance sheet and significantly reduce the potential dilutive impact of the VEBA obligations on existing shareholders." (Italics added) 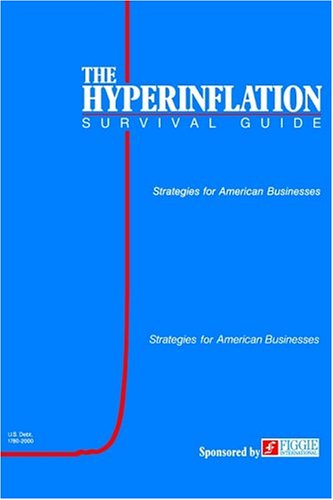 This is a smokescreen in which Ford’s president and CEO must feign excitement in that part of the newly raised capital is being diverted from operations and given to the UAW’s retiree health care trust. Alan Mulally, most definitely, would have preferred for the entire $1.4 billion to be used for working capital purposes. With unions being a significant voting block for Barack Obama, I have little doubt Mr. Mulally was informed this stock offering had strings attached. If Ford was going to get the Working Group’s assistance in raising capital, via a stock offering, some of the funds had to be diverted to President Obama’s powerful ally — the United Auto Workers. After all, UAW executives are smart enough to understand that Ford’s stock may become worthless so it is better to put cash in the retiree health care trust rather than the stock of an insolvent company.

Does the chairman of the SEC, Mary Schapiro, even care about stock manipulation at all? Does it not pique a modicum of curiosity when a major brokerage firm puts out a buy recommendation regarding the common stock of a company which is broke and has bleak prospects due to atrocious economic conditions? And shortly after the buy recommendation this company is able to raise over $1.4 billion — via a stock offering — with a percentage of the funds being diverted to the grubby hands of President Obama’s major ally, the UAW. This certainly looks like manipulation and payola to me. Rest assured, there will be no stock-manipulation investigation launched by the SEC. To be sure, there is no "new" Wall Street. It remains the same old playground for corrupt, wealthy elites to find ways to separate you from your money. Ford Motor Company’s successful stock offering is just another glaring example.