Phil Stanford has written what I believe to be the best examination of the real Watergate Scandal story, one which is perfectly compatible with my own take on the coup d’état against Richard Nixon.

My LRC article above is cited in Roger Stone’s excellent book, Nixon’s Secrets: The Rise, Fall, and Untold Truth About the President, Watergate, and the Pardon (see pages 439, 440, 492) in the section dealing with the Watergate break-in at the Democratic National Committee headquarters.

I was graciously provided by the publisher, Feral House / Process Media, a pre-publication .pdf copy of Stanford’s book in September, 2013. I found its fascinating, connect the dots narrative absolutely compelling. I spent a whole weekend glued to my computer screen until the Sun was coming up, briefly sleeping for naps, and again returning to immerse myself into Stanford’ fast-paced narrative. I purchased an advance copy of the paperback as soon as Amazon was preparing to release it. Phil Stanford is an incomparable master at keeping the reader’s interest fully engaged. White House Call Girl is precise, concise, and written in one of the most enjoyable and readable formats. I have shelves of volumes on Nixon and Watergate. This is the one book, above all others, which I would highly commend to readers. But don’t simply take my word on it. Go to Amazon today and buy this book for yourself. 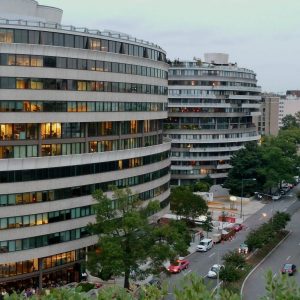