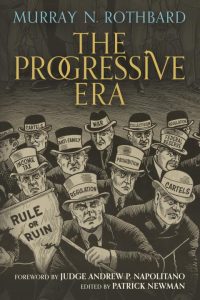 Until the 1890s, American history was essentially presented as the development of the Eastern seaboard states, seen as an extension overseas of English history or an episode in European overseas expansion. The origins of American ethnopolitical culture were Teutonic (or Germanic) in nature. This type of analysis focused upon the original thirteen colonies of the United States, and explained the evolution of America westward through the development of these political communities. This racist Teutonic Germ Theory of History was dominant among the academic and governing elites at the close of the Nineteenth Century in the United States and Great Britain. Senator Albert J. Beveridge spoke for this generation when he stated in support of an American Empire:

“Mr. President, this question is deeper than any question of party politics; deeper than any question of the isolated policy of our country even; deeper even than any question of constitutional power. It is elemental. It is racial. God has not been preparing the English-speaking and Teutonic peoples for a thousand years for nothing but vain and idle self-contemplation and self-admiration. No! He has made us the master organizers of the world to establish system where chaos reigns. He has given us the spirit of progress to overwhelm the forces of reaction throughout the earth. He has made us adepts in government that we may administer government among savage and senile peoples. Were it not for such a force as this the world would relapse into barbarism and night. And of all our race He has marked the American people as His chosen nation to finally lead in the regeneration of the world. This is the divine mission of America, and it holds for us all the profit, all the glory, all the happiness possible to man. We are trustees of the world’s progress, guardians of its righteous peace. The judgment of the Master is upon us: “Ye have been faithful over a few things; I will make you ruler over many things.”

This was a crucial time in American intellectual history. Scholars as divergent as Murray N. Rothbard and G. William Domhoff have documented the impact of thousands of key academics such as Richard T. Ely, Herbert Baxter Adams, and John W. Burgess who received their graduate training in Germany during this period, dominated by the rise of Bismarck’s welfare-warfare state. They returned home imbued with these ideas, which their apt pupils such as Theodore Roosevelt and Woodrow Wilson transformed into hard reality.

This worship of the newly-discovered wonders of statism, combined with the influx of Darwinian evolutionary naturalism,”social imperialism,” Fabian socialism imported from Great Britain, the increasing secularization of postmillennial evangelical pietism, all provided the satanic breeding ground for the incubus that emerged as progressivism – complete with its elite notions of centralized political/economic planning, aggressive nationalism, eugenics and the idea of “race suicide.” Ideas truly have consequences.

Therefore historians have subsequently long recognized that this Progressive Era, 1900 to 1920, was a critical watershed in American political-economic and intellectual history.

It was the gestation period of the modern welfare-warfare state.

So many crucial events and legislative enactments occurred in the period such as the birth of the Federal Reserve banking cartel, the Harrison Narcotics Act, the Pure Food and Drug Act, the ascendancy of the Eugenics movement and “scientific racism,” the passage of the Sixteenth Amendment and the progressive income tax, the Seventeenth Amendment and the popular election of U. S. senators, the Eighteenth Amendment and Prohibition, and the abandonment of America’s traditional non-interventionist foreign policy, first following the Spanish-American War (Cuba and the Philippine Insurrection) in Latin America and Mexico, and more decisively in the First World War in Europe.

It was a time when a new ideological rationalization of state power was being shaped.

The Progressive Era saw the birth of the cult of efficiency, with the new administrative state’s apolitical credentialed experts gingerly guiding public-policy instead of the archaic rule of political bosses and their ethnic urban political machines. Or, at least that was what was supposed to happen according to Progressives such as Herbert Croly, Walter Lippmann, Robert LaFollette, Jane Addams, Richard Ely, Lincoln Steffens, Theodore Roosevelt or Woodrow Wilson.

Once upon a time there existed a scholarly consensus concerning the Progressive Era among liberal “court historians” of academia and popular history. These historians such as Richard Hofstadter, Arthur Link, George Mowry, and Arthur Schlesinger, Jr., held the uniform and unshakable belief that the “progressive reforms” enacted during this era were popular efforts by the people against the elite business interests dominating American political life.

The provocative historian tossing the stick of dynamite into the staid liberal consensus was Gabriel Kolko. That incendiary was The Triumph of Conservatism: A Reinterpretation of American History, 1900-1916.

Kolko was soon joined by other New Left colleagues under the tutelage of William Appleman Williams in challenging the reigning “corporate liberal” orthodoxy. Rather than “the people” being behind these “progressive reforms,” it was the very elite business interests themselves responsible, in an attempt to cartelize, centralize and control what was impossible due to the dynamics of a competitive and decentralized economy.

One of the first historians and economists to see the importance of Kolko’s revolutionary interpretation was Murray N. Rothbard.

In the academic jargon of a Hegelian dialectical triad, here is what happened:

First there was the reigning liberal orthodoxy (thesis), challenged by the New Left revisionist interpretation (antithesis). Rothbard, using the insights of Austrian free market economics and Libertarian class analysis, built upon the New Left critique and created a new Libertarian historiography (synthesis) that has been carried on by scholars such as Roy A. Childs, Joseph R. Stromberg, and Robert Higgs.

Rothbard also discovered the “missing link” in this whole story, the role of statist postmillennial evangelical Protestants, born around the time of the Civil War, in fomenting the Progressive Era.

These ideological change agents, many of whom became increasingly secularized, abandoned their religious faith but not their evangelical belief in statism.

They were the key to the rise of the welfare–warfare state in America.

The history of the Progressive Era has never been the same since.

Is Washington Falling Out Of Love With Zelensky? - with Guest Phil GiraldiThe "Great Reset" Must Fail -- The Sooner, The Better