A century ago, in 1915, Southern Texas was the site of numerous massacres perpetrated against Mexican-Americans by the Texas Rangers and hastily-assembled private militias of Anglo Texans. Their stated purpose was retribution against the perpetrators of the “Plan of San Diego” which was allegedly orchestrated by the Carranza government in Mexico to foment ethnic conflict between Mexican-Americans and Anglos in Texas. The move was part of an effort to end American interference in the Mexican Revolution and — far less realistically — to reclaim some portions of the United States that had been seized by the United States in 1848.

The Plan of San Diego, named after the small Texas town it was devised in, prompted small numbers of young Mexican men — mostly disgruntled, and unemployed men on the margins of society — to execute the plan, which had the stated purpose of the execution of all Anglos over the age of 16. It is estimated that about 21 Anglo Texans were killed in the operation.

Far more violent than the initial plan was the response to it on the part of the Anglos. In response, the Texas Rangers and local informal militias engaged in “a systematic manhunt” that made few efforts to target the actual perpetrators of the killings, but was geared more toward executing a campaign of terror against Mexican-Americans. Observers at the time estimated that the number of those killed numbered anywhere from 150 to 1,500 people, although the consensus today appears to come in around 300.

Benjamin Herber Johnson, in his book Revolution in Texas recounts some of the details from the time:

By early fall, the signs of the vigilantism were inescapable. It was not just that Tejanos [i.e., Mexican-Americans] knew of friends and relatives who were dealt summary justice and could speculate about the changes of meeting such a fate themselves. The violence directed at them had clear public manifestations in the piles of bodies left to rot in public. ..

Yet those who yearned to bury their loved ones were often too afraid to do so. The Rangers and vigilantes targeted relative of alleged bandits, and so to bury a friend or relative was to court death…

The ongoing sights were enough to convince any Tejano that there was no refuge in South Texas. In mid-September, for example, someone traveling from San Benito to Edinburg might have seen what a New York reporter witness “The bodies of three of the twenty or more Mexicans that were locked up overnight in the small frame jail at San Benito were found lying beside the road two miles east of the town this afternoon. All three of them were shot in the back.”

Tejanos also knew that their persecutors made deliberate efforts to terrorize those whom they did not kill outright … Others also recalled burnings. Interviewed by his grandson nearly sixty years later, Francisco Sandoval emphasized that the Rangers killed people simply for the pleasure of it, adding that “they burnt them, they burnt them alive…”

After awhile [sic] the sheer number of lynchings may have inured residents, especially Anglos; terror and fear had become part of daily life.

Nevertheless, this historical episode had been all but forgotten.  But thanks to new scholarship by historians such as Johnson, over the past 15 years, new books have begun to appear on the topic. Now, with the 100th anniversary, the New York Times has started to notice as well, with last month’s article “When Americans Lynched Mexicans” which mentions the episode in the larger context of lynchings perpetrated against Mexican-Americans since the 19th century. The article also notes that the violence did not end in 1915:

On Jan. 28, 1918, a band of Texas Rangers and ranchers arrived in the village of Porvenir in Presidio County, Tex. Mexican outlaws had recently attacked a nearby ranch, and the posse presumed that the locals were acting as spies and informants for Mexican raiders on the other side of the border. The group rounded up nearly two dozen men, searched their houses, and marched 15 of them to a rock bluff near the village and executed them. The Porvenir massacre, as it has become known, was the climactic event in what Mexican-Americans remember as the Hora de Sangre (Hour of Blood). It led, the following year, to an investigation by the Texas Legislature and reform of the Rangers.

These recent mentions add to a growing body of research on the topic including 2009’s article “The Law of the Noose: A History of Latino Lynching” from 2009, and summarized in this 2014 article.

Even those who are descended from Mexican-Americans of the Texas borderlands (including myself, on my mother’s side) grew up blissfully unaware that any such horrors had ever occurred. It was never mentioned explicitly to me in my youth, but my own grandparents, born in 1911 and 1912 into middle-class Mexican-American families, had moved from the Texas borderlands to southern California during the late 1920s to escape the pall that continued to hang over the region years afterward. The American capacity for moving on from grave injustices, and all but forgetting them, is truly impressive. 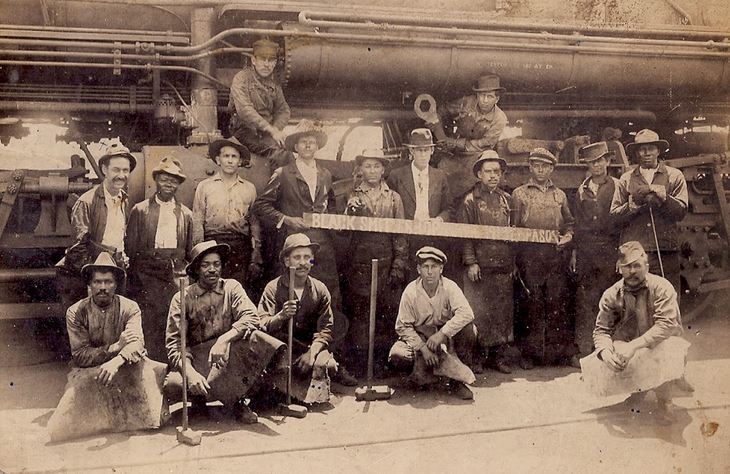 The Legacy of Conquest

The larger issue of the borderlands that continues to be relevant today, however, is how the conquest of Mexico in the Mexican war set the stage for the century of bitter conflict that followed. American apologists for the Mexican war — a war of conquest driven by ethnic bias and nationalist expansionism — still exist, as evidenced by this recent article from the John Birch Society. The author, a historian named Steve Byas, takes the position that although Mexico and Texas had never resolved their border disputes, the annexation of Texas forced the hand of DC politicians who just had to invade and occupy Mexico City in response. Byas’s article is only more evidence as to why the annexation of Texas was a grave error, but his overall position is that the US Constitution trumps basic morality.

Few will be convinced by such craven efforts at latter-day apologetics for Manifest Destiny, so rather than re-debate the justification for the Mexican War, we should look instead to the legacy of the war, which very much included the Plan of San Diego and the ensuing massacres.

Indeed, the Plan of San Diego incident was simply one of the more recent episodes in a long string of episodes involving conflict between the existing Mexican-American population and the Anglo conquerors. Such conflicts are illustrated by the exploits of guerrilla fighters Juan Cortina and Gregorio Cortez, both of whom became outlaws and Robin Hood-type figures in response to the systematic theft and abuse of Mexican-Americans at the hands of Anglo government officials in Texas during the 19th century.

Had the Texans — and later the Americans — settled on a border slightly to the north, the ethnic conflict of the next two or three generations would have been greatly reduced. However, Manifest Destiny, and the likely belief that ethnic cleansing would eventually solve the problem, impelled the conquerors forward, and more southerly borders were insisted upon and eventually obtained.

Intermittent and largely predictable violence ensured.  This isn’t to say that ethnic conflict would have never materialized had a different border been selected. Such things are to be expected along an extremely long and porous border. On the other hand, wars of conquest accelerate and exacerbate conflict. All of this discussion of Mexico-Texas borders may remind many of the immigration debate, but immigrants are qualitatively different from a conquered population. The former voluntary adopts a new location and new set of laws, while the latter have a new legal system and new government imposed on them. Naturally, a prudent state would seek to minimize such a situation, through decentralization and self-government for the conquered territories, but “prudent” would not be the best descriptor of mid-19th century American foreign policy.

Ludwig von Mises himself noted the risks of such a policy when he wrote in Nation, State, and Economy:

Liberalism rejects aggressive war not on philanthropic grounds but from the standpoint of utility. It rejects aggressive war because it regards victory as harmful, and it wants no conquests because it sees them as an unsuitable means for reaching the ultimate goals for which it strives. Not through war and victory but only through work can a nation create the preconditions for the well-being of its members. Conquering nations finally perish, either because they are annihilated by strong ones or because the ruling class is culturally overwhelmed by the subjugated.

Likely having come to the same conclusions as Mises, the Anglo ruling class of Texas, post-1848, feared that their own population might be “overwhelmed by the subjugated” and set to work using the courts and legislatures to slowly chip away at the property rights of the former Mexicans who now found themselves on the northern side of a new border.

For much of the 19th century, those Mexican-American farmers in more rural and western parts of the Texas were able to avoid conflict with the Anglos, but as large-scale farming moved westward, the efforts at seizing lands from the established non-Anglo orchards and farms intensified. Richard White writes:

The expansion of commercial farming into South Texas amounted to an invasion of a pastoral paternalistic society by an agrarian, capitalistic society. Racial differences compounded the economic and social differences … Incoming Anglo farmers gained a foothold as some ranchers, Anglo and Mexican Texan, willingly sold their land at large profits. The newcomers expanded their hold when they took control of local government and increased taxes to pay for public improvements. By taxing undeveloped land at the same rate as developed land land, they put ranchers at a disadvantage, for an acre of rangeland yielded far less income than an acre of cropland. More ranchers sold their land to escape the increasing tax burdens.

As the newcomers stripped Mexican Texans of their votes and began to strip them of their lands, the Mexican Texans resisted. The result was virtual civil war in Texas between 1915 and 1917.

That White uses the term “civil war” is significant. We are often told that centralization and conquest brings stability; that a central state can impose solutions on diverse populations that would otherwise engage in international warfare if left to decentralization and independence. The actual historical record is quite a bit less convincing, and the American history of internal civil wars, wars of pacification against different racial and ethnic groups, and ethnic strife in general, suggests otherwise. In fact, bringing multiple diverse groups under a single government, whether it’s the unitary state known as Texas, or the increasingly unitary union of states known as “the United States,” requires an immense amount of decentralization and laissez-faire to be workable. Alas, Texas, whether as an independent republic, or as one of many American states, and the US itself, like most sovereign states, have never come close to achieving such a state of affairs.