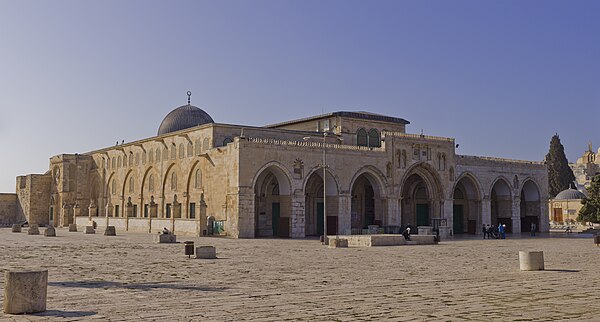 This excellent three part series by journalist Whitney Webb explores in-depth the fascinating historic backstory of the most dangerous piece of real estate on Planet Earth and the roots of Christian Zionism.

In Israel the Push to Destroy Jerusalem’s Iconic Al-Aqsa Mosque Goes Mainstream: This ancient site that dates back to the year 705 C.E. is being targeted for destruction by extremist groups that seek to erase Jerusalem’s Muslim heritage in pursuit of colonial ambitions and the fulfillment of end-times prophecy.

How the Third Temple Movement in Israel Rebranded Theocracy as “Civil Rights”: The Temple Activist movement is now more mainstream than ever before and its effort to destroy the Al-Aqsa mosque compound, the third holiest site in Islam, has advanced with great rapidity since the year began and has picked up precipitously in recent weeks.

Birth of Israel Resources: Sheldon L. Richman, “Ancient History”: U.S. Conduct in the Middle East Since World War II and the Folly of Intervention; Alison Weir, Against Our Better Judgment: The Hidden History of How the U.S. Was Used To Create Israel; Ralph Schoenman, The Hidden History of Zionism; Alfred M. Lilienthal, The Zionist Connection II: What Price Peace?; Edwin Black, The Transfer Agreement — 25th Anniversary Edition: The Dramatic Story of the Pact Between the Third Reich and Jewish Palestine; Lenni Brenner, Zionism in the Age of the Dictators; Lenni Brenner, The Iron Wall: Zionist Revisionism from Jabotinsky to Shamir; Lenni Brenner, 51 Documents: Zionist Collaboration With the Nazis; and John Loftus and Mark Aarons, The Secret War Against the Jews: How Western Espionage Betrayed the Jewish People.

University Sources of Gender and Other Sexual Madness in Our SchoolsWho Guards the Guardians? Will the Warlords Take Over?