The pre-Hoover, pre-“FBI”, “Bureau Of Investigation” was founded in 1908 by Charles Bonaparte, one of Emperor Napoleon’s clan.

From what I gather, Bonaparte was probably a more admirable and trustworthy character than the “FBI” “founder”, the perennial self publicist bureaucrat J. Edgar Hoover.

I found this Joseph Kraft article below of interest. It emphasizes that, above all else, Hoover was a consummate bureaucrat from a bureaucratic family background. The image, prestige and pecking order position of the agency probably meant more to him than anything the bureau actually did or did not do.

NOTE: This is the same Joseph Kraft who in an early deep state expose’ article, “School for Statesmen,” in Harper’s of July 1958, revealed that the chief agent in the formal founding of the Council on Foreign Relations was “Colonel” House, supported by such protégés as Walter Lippmann, John Foster Dulles, Allen Dulles and Christian Herter. It was House who acted as host for the Round Table Group, both English and American, at the key Paris meeting of May 19, 1919, in the creation of the CFR. Kraft conceded that the CFR “comes close to being an organ of what C. Wright Mills has called The Power Elite – a group of men, similar in interest and outlook, shaping events from invulnerable positions behind the scenes.” 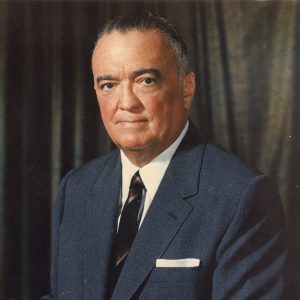 Powerful Must Watch VideoSign of the Times