Polylogism – The Root of America’s Divisiveness, Decline and Destruction

History is repeating itself before our eyes. The widespread controversy surrounding President Joe Biden’s Supreme Court nominee Ketanji Brown Jackson as a “black woman” recalls the editorial in The Washington Times, “A Judge Too Far,” concerning President Obama’s earlier nomination of Judge Sonia Sotomayor for the Supreme Court.  The editorial perceptively observed:

“Judge Sotomayor seems to think that inherent racial and sexual differences are not simply quirks of genetics, but make some better than others. Consider her 2002 speech at the University of California-Berkeley School of Law:

“I would hope that a wise Latina woman with the richness of her experiences would more often than not reach a better conclusion than a white male who hasn’t lived that life,” she said. “I simply do not know exactly what that difference will be in my judging. But I accept there will be some based on my gender and my Latina heritage.”

“She also accepted as potentially valid the idea that the “different perspectives” of “men and women of color” are due to “basic differences in logic in reasoning” due to “inherent physiological or cultural differences.”

The brilliant Austrian economist Ludwig von Mises, regarded as the greatest economist of the 20th Century, discussed this Marxist nonsense in his magnum opus, Human Action, under the category of polylogism.

This is the bogus idea that the logical structure of the mind is different based on one’s class, race, ethnicity, national origin, gender, sexual preference, etc.

This skewed Marxist concept lies at the root of all “politically correct” notions of cultural relativism and multiculturalism fashionable in academia, the elite media, and critical race and legal theory circles today.

And if President Biden has his way, upon the highest court in the land.

This is more than the widely-accepted idea that our various life experiences shape our world view, or influence our value judgments in making ethical and moral decisions.

Again, polylogism specifically holds that the logical structure of the mind is different based on one’s class, race, nationality, gender, sexual preference, etc. There is no objective reality independent from these fixed determinative factors of causality.

The notion of a Constitutionally-driven independent judicial temperament or impartiality becomes impossible.

All we have left is “sociological jurisprudence” which was (is) an attempt to get away as far as possible from the Framers’ original intent of the Constitution, and to adopt the doctrine of “the Living Constitution” shaped by socioeconomic causal factors.

It was one of the bogus concepts to come out of the so-called Progressive Era a hundred years ago and has eroded our legal system in ways beyond belief.

Another way to look at it, it’s the old Marxist concept of “the sociology of knowledge” applied to law and public policy.

Marxism as a rationale for state aggrandizement and empire (as in the former Soviet Union) may be dead but as an ideological prop it is very much alive in such widely-accepted notions as multiculturalism, “cultural imperialism,” sociological jurisprudence, and environmentalism.

There is much more to this fight than whether Ketanji Brown Jackson is confirmed.

Her nomination is a key battle in the on-going Culture War which lies at the heart and very survival of what America is all about. 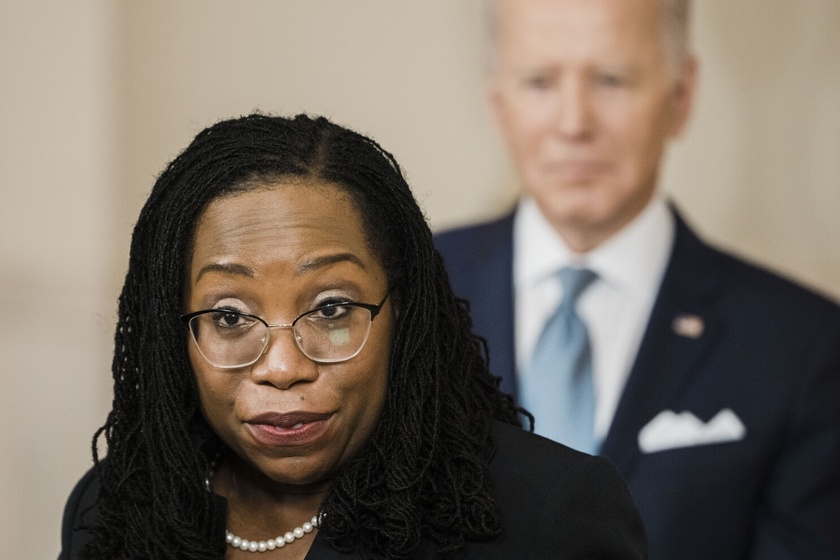