James Carville was one of the top Machiavellian creators, enablers and henchmen of the Bill Clinton regime and their cult of personality. For him to berate the Democrats as an “ideological cult” is something seriocomic, something from the Theater of the Absurd. His celebrated 2020 attack on Bernie Sanders as the Party’s front runner was disingenuous. Sanders was simply seen as a disruptive insurgent, an heretical interloper, never a loyal foot soldier in the Church of Clinton. Solidarity and subservience is the cardinal virtue of the true faith.

The same situation exists today regarding the criminal regime of the Usurper-In-Chief; the disgusting, decrepit, degenerate who has lost all credibility and legitimacy as the President of the United States and who must immediately resign.

Electoral politics is all about naked power, control of the party machine as well as the levers of the regulatory regime — the mechanism of tyranny, appointments, grift, graft, and patronage. The DNC elite, their sycophants and their corporatist backers (like their mirror counterparts at the RNC) hate insurgents or outsiders with “loose cannon” supporters they cannot control. This was precisely why they hated, feared and loathed Ron Paul and his dedicated legions of supporters, and today hate Bernie Sanders and Tulsi Gabbard.

Progressives have always insisted upon rule by an elitist professional class of credentialed experts removed from the populist majority of everyday Americans, who they regarded as “deplorables,” “white trash,” or “the unwashed masses.”

It is therefore most crucial to understand why neocon elements embedded deep within the GOP establishment hierarchy continue to hate Donald Trump. Some have made token accommodations or appeasement with him but in their dark heart of hearts they have never accepted him and still fear and loathe him. Even after the impeachments imbroglio and all that has transpired since Trump’s 2016 election, there still remains this visceral, seething hate.

I would highly recommend all LRC readers examine the works of Walter Karp. He was one of America’s most astute and brilliant essayists. Karp championed the core values of our Republic against those who would replace it with an empire and an elite oligarchy, a true Jeffersonian republican and foe of the plutocratic oligarchy which has dominated our nation-state since its inception. In such uncompromising works as Indispensable Enemies: The Politics of Misrule, The Politics of War: The Story of Two Wars Which Altered Forever the Political Life of the American Republic, Liberty Under Siege: American Politics 1976-1988, and Buried Alive: Essays on Our Endangered Republic, Karp demonstrated his unparalleled ability to accurately see and cogently describe the raw essence of political power. Here is a link with excerpts from his 1973 classic, Indispensable Enemies:  The Politics of Misrule in America. In these excerpts Karp powerfully discusses the foundations of party power, the system of collusion, and party regulars and insurgents.

The National Security State, driven by the imperial presidency, an acquiescent congress and a complacent federal judiciary, has destroyed the American Republic. Their egregious welfare-warfare state, enabled by the Fed, fosters and promotes the profligacy and dependency which is at the root of this destructive process. Because of its clandestine nature and covert linkages to organized crime syndicates worldwide, ruthlessness, assassinations, regime change, drug and human trafficking, extortion and racketeering, money laundering, cyber-crime, and corruption are not aberrations or breakdowns of the deep state, but absolutely endemic to it.

The biggest myth in politics is that political parties are solely in business to win elections. These sophisticated multi-state criminal cartels are in business to maintain their interlocking networks of crony corruption, patronage, and payoff which are their reasons for being. The Republican Party (again like its mirror organization the Democratic Party) should be prosecuted under the RICO statute. (The Racketeer Influenced and Corrupt Organizations Act (RICO) of 1970.

One of the great lies about American politics is that Republicans genuinely subscribe to a set of core convictions that make Republicans different from Democrats while America’s cities are devolving into open sewers of disease, squalor, criminality, and despair. Banal empty clichés fail to address the perpetually underclass homeless and illegal immigrants fostering a parasitic lumpenproletariat and the destruction of bourgeois middle class society.

Day by day, spokespersons of both parties, justify this destruction in their meaningless, impotent rhetoric on diversionary issues such as cultural Marxism and transgenderism, or the draconian “war on drugs.” They are now but factions in the one true political party in America — the Incumbent Party. Despite all posturing and pretense, their only real dispute concerns whose clients will get the loot. . . and whose the bill.

Trump, in his arrogantly and hubristic fashion, has revealed this truth. And they hate him for it.

Capitol Hill has become one vast congressional clip-joint, where members “service” their constituents the way a second-story man “services” a luxury condo. This lies at the root of every economic and societal ill plaguing the country — Wall Street bailouts, massive foreign and domestic debt, the infrastructure scam of cronyism and elite special interests, Pentagon plunder and the military-security-industrial complex— the list could go on and on.

Because of this thievery, your income is 60 percent of what it should be. The other 40 percent is forcibly taken by politicians and given to tax-consuming special interests. The parasitical profiteers return some of the ill-gotten gains to their benefactors in the form of campaign contributions, gifts or fees.

Here is how the ruse works in detail: Politicians allocate (steal) taxpayer funds for programs under the guise of alleviating the plight of the poor, the homeless, the sick, the elderly and the unemployed, and serving the “public interest” or “national security.” Yet it is not the mother’s milk of human kindness and compassion which lubricates the intricate gears of political machinery. It is the snake oil of expediency.

The bureaucrats who administer this flim-flam provide taxpayer funds to political advocacy groups through massive grants and contracts, ostensibly intended to fulfill program objectives. However, much of the money received by the special interests is used to lobby, campaign and organize support for the mandarins to manage, additional funding for existing programs, and the re-election of their shills who favor the appropriations which play politics with human misery.

Farcical public hearings are staged to persuade the complacent and compliant news media that greater spending is essential to deal with these pressing problems. Incumbents then appropriate more funds for existing malevolence and initiate new mischief through legislative legerdemain.

In turn, they mass their campaign contributions from clients and franking privileges for their re-election efforts. The bureaucracy awards more pilfered taxpayers’ funds to the special interests, and the process begins all over again.

The losers are the hapless taxpayers who pay for this sophisticated protection racket and the truly unfortunate members of society who receive only a fraction of the promised benefits of the programs set up in their names.

The winners are those tax-consuming bunko artists and wirepullers who gorge themselves at the public trough. The looted tax monies are siphoned off by special interests to promote their schemes, by public employees who want to finance the expansion of their petty bureaucratic empires, and by grasping politicians who want hard cash for re-election kitties and for conversion to their own personal use 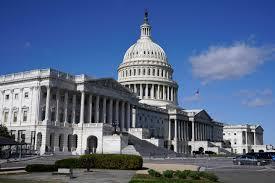