Biden/Harris and the Nixon/Agnew Parallel to Watergate

As the 50th anniversary of the June 17, 1972 break-in of the Democratic National Committee headquarters in the Watergate complex in Washington, D.C. fast approaches, it is necessary to once again “wallow in Watergate” in light of current events. Like Richard Nixon, will the delusional, decrepit and disgraceful Joe Biden (with his shaky geriatric finger on the thermonuclear trigger) become the target of a coordinated coup d’état by the deep state, the top apparatchiks of the Democratic and Republican Parties, and the despicable regime media establishment? Will existential facing of the eminent prospect of nuclear Armageddon and global destruction finally awaken these ghoulish thugs to act? Will the accelerating prospect of chaotic events make these prospects nothing short of inevitable?

The Watergate scandal eventually led to the resignation of Nixon on August 9, 1974. The scandal also resulted in the indictment, trial, conviction, and incarceration of forty-three persons, dozens of whom were Nixon’s top administration officials.

Vice President Spiro Agnew was forced to resign due allegations relating to criminal charges filled against him by the United States Attorney for the District of Maryland on charges of extortion, tax fraud, bribery, and conspiracy. He was charged with having accepted bribes totaling more than $100,000 while holding office as Baltimore County Executive, Governor of Maryland, and Vice President. Agnew plead no contest to a single charge that he had failed to report $29,500 of income received in 1967, with the condition that he resign the office of Vice President.

The hopelessly incompetent, willfully insincere and ignorant Kamala Harris should be packing her bags for exile to political Purgatory.

The Prospect of Impeachment or Implementation of the 25th Amendment

Also like Nixon, will the decrepit, delusional, and disgraceful Biden soon become the target of a manufactured witch hunt investigation by a supposedly independent special prosecutor? But in the previous investigatory case of Donald Trump, Robert Mueller proved no more independent than Harvard Law School Kennedy family tool Archibald Cox was in Watergate.

Among those present at the ceremony of Cox repeating his oath of office were two longtime friends, Senator Edward Kennedy and his sister-in-law Ethel Kennedy, widow of Attorney General Robert Kennedy, under whom Cox had served.

Eliot Richardson himself came from the liberal Rockefeller-wing of the eastern Establishment, and was chosen by Nixon to placate these elements.

Nixon was deeply suspicious of Cox and his motives in widening his investigation beyond the Watergate break-ins and cover-up, and with good reason: of the thirty-seven lawyers Cox recruited, all but one were Ivy Leaguers, eighteen from Harvard; most were Democrats; many had worked in the Justice Department under Bobby Kennedy or Nicholas dfB. Katzenbach who succeeded Kennedy. They were determined to get Nixon.

The nation was outraged by this series of impromptu actions. Bumper stickers soon emerged around the country proclaiming — IMPEACH THE COX SACKER!

In the five decades since the Watergate scandal erupted, there have been a vast amount of new information uncovered by investigative reporters and researchers. Biden and Harris should take careful note. The handwriting is on the wall and their monikers are upon it. Both of them should resign NOW. We can next deal with an erratic and utterly corrupt President Pelosi in due course. 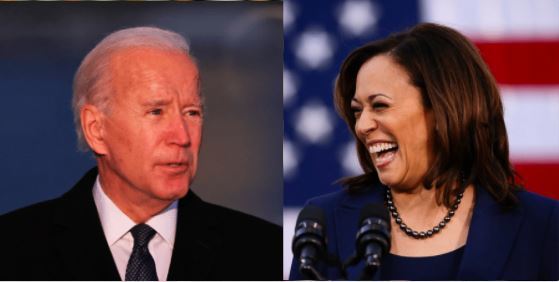 Hougan, Liddy, the Post and Watergate
Carl Shoffler, Robert Merritt and the Scandal That Dare Not Speak Its Name
Throat: Mark Felt, Robert Bennett and the Post’s Cointelpro Problem

The Key To WatergateWatergate and the CIA