Cockroach Milk Is Good for You, Citizen 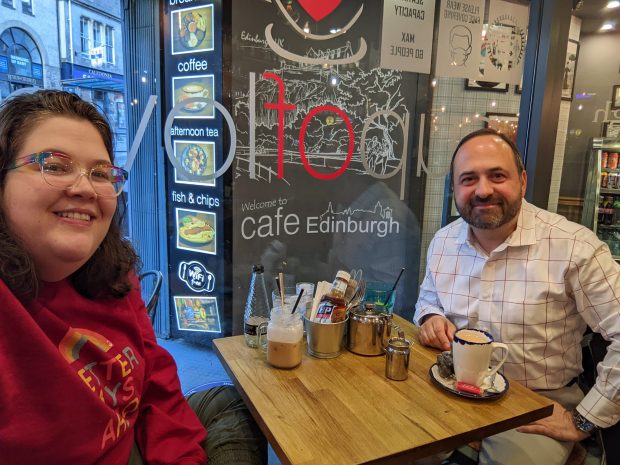 We arrived just as a 12-day strike of “bin workers” was coming to an end, so huge piles of garbage lined the streets (though it’s much better today). Hence this sign: 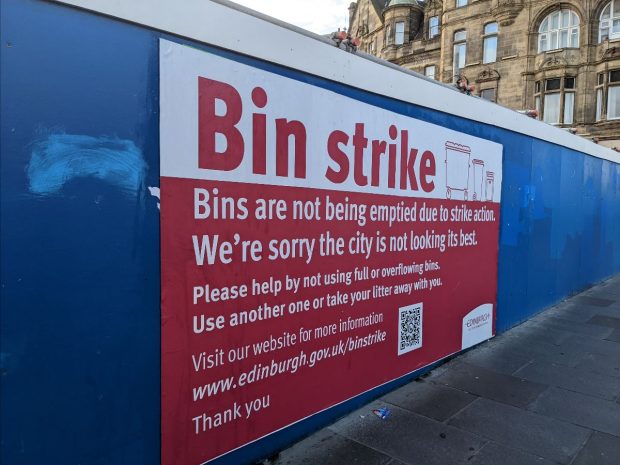 Given the severity of the lockdowns in Scotland, and at least the appearance of public support for them, I expected a more shellshocked population, with many still wearing masks. But no. We Americans have these folks beat by a mile in that category. Very, very few masks here in Edinburgh.

Like the rest of Europe, Scotland is facing massive increases in energy prices. The Herald reports that “for some areas of Scotland, the forecast rise would wipe out the take-home pay of the average Scot for over three months.”

The continent is about to get a taste of what their elites have done to them with their useless and gratuitously self-destructive sanctions and “climate change” policies.

(Later today we’ll be taking a train to England for a brief meeting with a member of the House of Lords whose name you may know, who has been excellent on these issues.)

You’d think now would be the best time of all for anti-establishment political candidates to wipe the floor with opponents who have brought so much of the world to ruin, but you’d be forgetting about the hordes of people who are all too eager to think whatever those elites want them to think.

Still, I sure wouldn’t want to have to run on: you probably won’t be able to afford a car, and our grid isn’t good enough for everyone to charge their electric one, and air conditioning isn’t looking so good, either, and did you know cockroach milk is actually quite nutritious and potentially a “superfood,” and here’s some sludge to eat, and we’re going to propagandize your kids — who never, ever go through phases or get influenced by outside pressure — about gender theory, and by the way you’re also responsible for virtually all crimes in history.

Need a refuge from that?

You’ll find it inside the Tom Woods Show Elite, which the fearless may enter via this link: