My, how the frog does boil!

Recently, the national debt (aka public debt) crossed the $30 trillion milestone, yet neither Wall Street nor Washington took note. But it did catch our attention and we want to recall why a young budget director was thumping on the Gipper’s chest in the Oval Office photo below.

Namely, we were informing him of the distinctively unwelcome news that the $846 billion public debt we had inherited in December 1980 — which had been accumulated over 190 years by 39 presidents — was already surging within days of the Reagan inauguration. Accordingly, within a matter of just weeks there would be no choice but to ask Congress to raise the debt ceiling above the dreaded $1 trillion mark.

Exactly 41 years later, the public debt — measured appropriately at market value — stands at $30.7 trillion, a figure 36-fold larger than the figure being discussed in the “conversation” below.

So here’s what we mean by the boiling frog metaphor: At the time of the above photo, no one — and we do mean no one — in Washington or Wall Street thought that the public debt could be let run wild with impunity. That’s because there were always unpleasant, near- and mid-term consequences.

That is to say, when Uncle Sam barreled massively into the bond pits, it caused an immediate repercussion on the balance of the supply and demand for borrowable funds, thereby driving yields higher and rationing the available supply to borrowers willing to pay the highest price.

Back in the day, that was called “crowding out” and believe us, it was a very real thing. It was an honest, albeit destructive form of financing the public debt, and nobody mistook it for a free lunch.

To be sure, the congressional Republicans of those days were not political super-heroes who said, “Interest groups be damned.” To the contrary, it was just that the interest groups were lined up on both sides of the debt and spending equation!

Stated differently, double-entry bookkeeping worked under honest public finance. Thus, in January 1981 the yield on the 10-year US Treasury bond stood at 15.6%, which meant that there were a hell of a lot of car dealers, farmers, homebuilders, retailers, etc., who had to pay 20% or more and just couldn’t and didn’t.

So congressmen didn’t have to make like frogs and tell their constituents that federal deficits and debt didn’t matter and that they merely needed to ignore the rising temperatures in the debt markets because there would be no adverse downstream repercussions.

That scheme was totally destroyed over the next four decades. 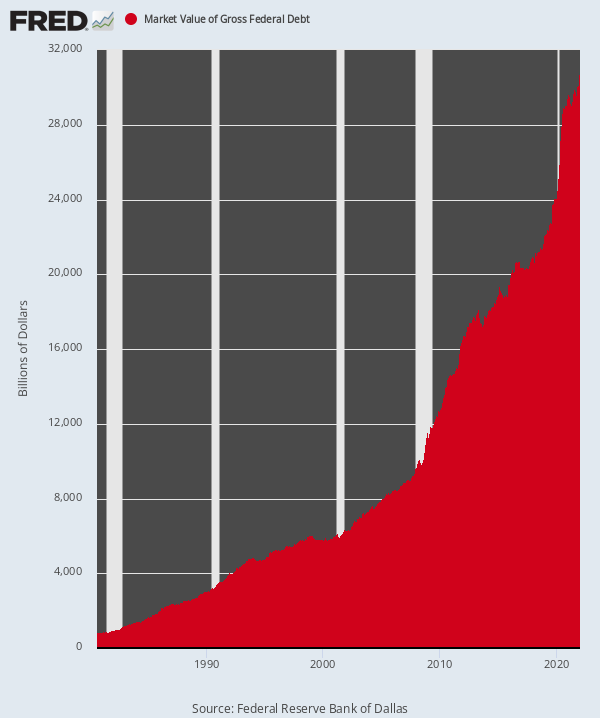 Prior to 1970, the Fed’s balance sheet stood at about 5% of the public debt — other than during the extremities of war-time finance. By the early 2000s, however, that had inched up to 10% or more under the Greenspan money-printing policy after 1987. 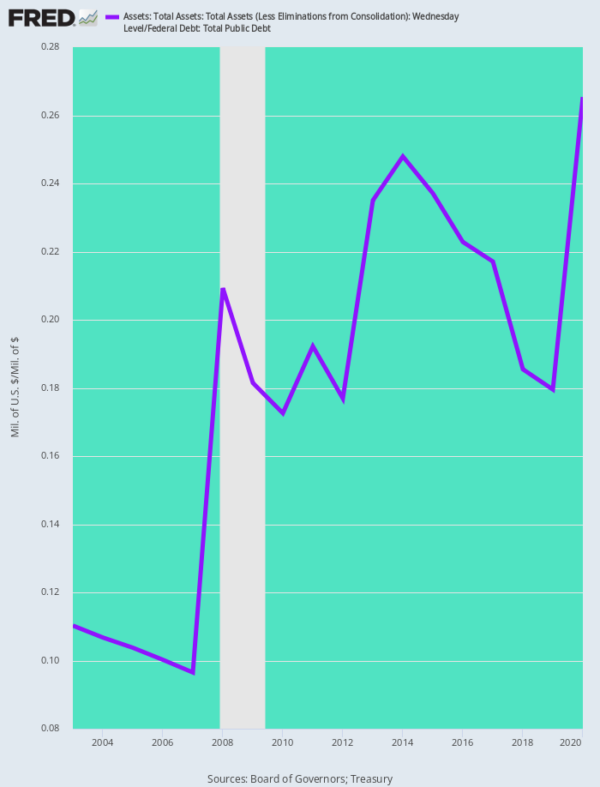 But then it was off to the races and now it stands at 26% of the massively bloated public debt. In a word, the boiling frog is nothing more than massive monetization of the public debt — financial fraud on a biblical scale.

Some Observations From Europe Related to the Ukrainian Crisis No More Russian Dressing For You!