The Misguided Call for Reparations

The city of Asheville, North Carolina approved a measure giving its black residents certain benefits as reparations for slavery.  Councilman Keith Young, who is black, referred to the “hundreds of years of black blood” that built the city. The mayor of Providence, Rhode Island issued an executive order to explore reparations for slavery. Governor Newsom of California has pledged to create a commission to consider reparations. And the Democrats’ bill in the House, H.R. 40, would establish a commission to study reparations, including “compensation” for slavery for “living African-Americans.”  Indeed, many politicians are urging serious consideration of reparations for slavery. But really serious consideration would reveal both the flaws in its premise and the harm that it would produce.

First, the flawed premise.  The basic model for reparations is A wrongfully harms B, so A must compensate B and restore B to where B would have been had the wrong not been committed.  So if Al recklessly crashes his car into Bob’s car and damages it, Al should have to pay what it costs to restore Bob’s car to the condition it was in before the accident. There are some tricky issues whenever we must ask counterfactuals, such as what would the condition of Bob’s car be had Al not crashed into it. Would another car have wrecked Bob’s if Al’s hadn’t done so? But we deal the best we can with answering these counterfactuals in ordinary cases in which A wrongfully harms B. 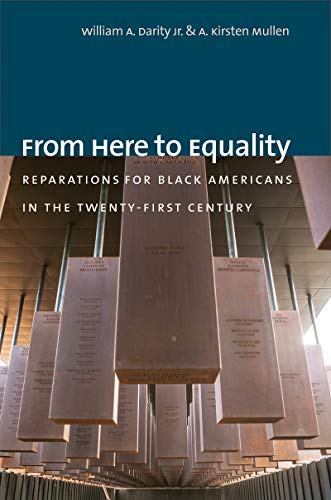 The assumption of H. R. 40 seems to be that the U. S. government is the A for purposes of reparations for slavery. But the U.S. government did not itself legalize slavery, which was a matter left to the states. It is true that the U.S. Constitution did not outlaw slavery. Had it attempted to do so, however, there would have been no United States, as the states that endorsed slavery would not have joined the union. And it was the U.S. government, in the Civil War, that finally put an end to slavery, and at great cost in blood and treasure.

But let us put aside the problem of the As and assume the U.S. government, and thus all taxpayers (black and white), will pay the reparations.  The question then is, who are the recipients of these payments, the Bs?  Do they include blacks who have emigrated to the U.S. from Africa and the West Indies?  Blacks whose ancestors owned slaves, which include not only black slaveholders, but also white slaveholders with black descendants.?  Wealthy blacks?

There are more basic problems on the B side of the model.  Had there been no slavery, the ancestors of today’s U.S. blacks would have remained in Africa, most often as the slaves of other African tribes.  And even more basically, in the absence of slavery, today’s individual blacks would not exist.  That is, although blacks might exist in the U.S., the ones who actually exist here would not exist at all.  For each of us is the product of a particular sperm and egg.  Change the circumstances of conception ever so slightly, and a different individual is created. And slavery caused more than slight changes in the circumstances of conception that would have existed in its absence.  Each of us in reality owes our very existence to past horrendous events, and that is as true of today’s blacks as it is of the rest of us.  So none today can say, but for slavery, I would have been better off. People might be better off today had there been no slavery, but none of us, blacks included, would be.

So, the premise on which reparations is modeled is flawed. Reparations to victims’ descendants make sense only if those descendants existed at the time the wrong was committed, such as the reparations paid by Germany after World War II, or those paid by the U.S. government for the internment of the Japanese during that war.

Chauvin: The Case Against the MobThe Lost Hegemon: Whom the Gods Would Destroy