Leave it to the New York Times to remind us why prosperity is not right around the corner. That’s regardless of whether or not the $6 trillion of Everything Bailouts that were fed into the US economy over the past year causes the 2021 GDP stats to make up for the 2020 plunge brought on by the Virus Patrol.

We are referring to the recent “leak” to the NYT presaging Sleepy Joe’s upcoming $3 trillion infrastructure plan and the following bolded sub-heading that heralded it:

A pair of proposals would invest in infrastructure, education, work force development and fighting climate change, with the aim of making the economy more productive.

And just in case the reader didn’t connect the dots to the “more productive” bit, the NYT thoughtfully provided a picture to explain.

Of course, we say no thanks. 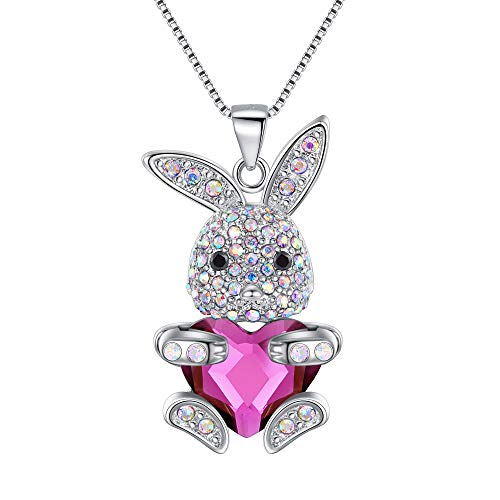 Indeed, the NYT’s write-up of this latest Biden Boondoggle tells you all you need to know about why we do not have just a standard-size economic slump ahead but a veritable calamity.

The reason is as simple as it is ominous. We now have in the United States an all-of-government campaign to fix problems that

Thus, the lead paragraph of the NYT story captured all three of these baleful vectors in one breath:

President Biden’s economic advisers are pulling together a sweeping $3 trillion package to boost the economy, reduce carbon emissions and narrow economic inequality, beginning with a giant infrastructure plan that may be financed in part through tax increases on corporations and the rich.

The point here is not just that 30-years of hyper-stimulus have failed to boost the economy but instead have caused the trend growth rate to drastically atrophy, or climate change has been going on for 4.5 billion years, and warming epochs have generally been more beneficent than the ice ages, or upwards of 90% of the stock is owned by the top 10% of households—so that the Fed’s misbegotten asset inflation policies have inherently caused rising inequality.

In fact, you can dispatch the whole statist agenda item-by-item in this manner, but what lies beneath needs also be understood. Namely, Washington has become the most dangerous and destructive Imperial City in history because there no longer exists an opposition party dedicated to thwarting its endless aggrandizement both at home and abroad. 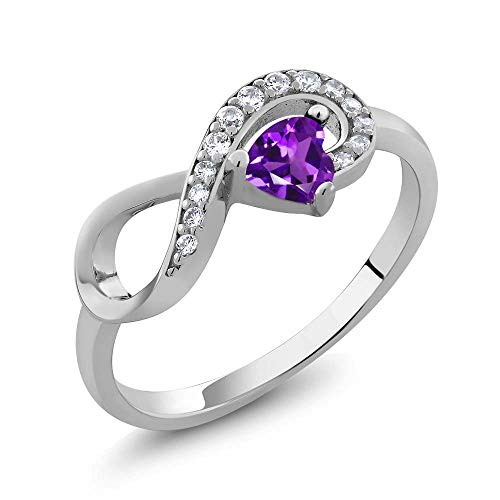 Yet it is the lack of a true opposition party in the spirit of Grover Cleveland, Carter Glass, Howard Buffett, Robert Taft, Harry Byrd, Barry Goldwater, Gerald Ford and Ronald Reagan that permits today’s all-of-government projects and ministrations to mushroom, intensify, envelope and smother every semblance of outside-the-beltway resistance.

In effect, Washington has become leviathan unbound. There is hardly any political force left capable of giving effective resistance to the continuous flow of new fades and self-serving crises that are alleged to require ever more expensive, intrusive and plenary government action.

These state-expanding projects are teed up by an immense beehive of lobbies, think tanks, law firms, NGOs, consultants and PACs.

Just consider three of the most egregious expressions of these unopposed pretexts for government aggrandizement in recent years—the RussiaGate Hoax, the Lockdown Folly and the endless regime of QE and ZIRP promulgated from the Eccles Building.

What these have in common, besides resting on bogus predicates, is that they were only opposed by a corporal’s guard of Republicans centered on Senator Rand Paul, with boosts from Congressman Jim Jordan, Thomas Massie, and a few others. 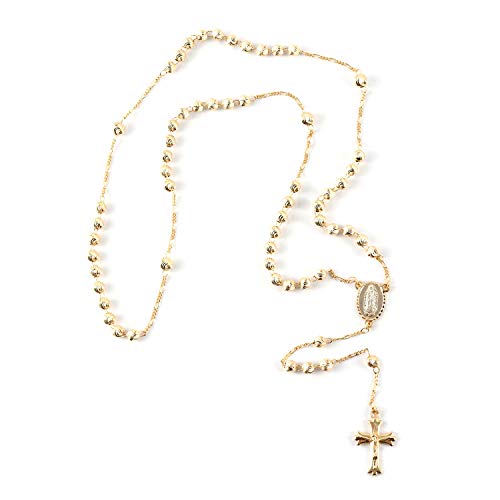 That’s right. The lone political ranger in Washington who has articulately and forcefully confronted Fed Chairmen, Dr. Fauci and the Deep State peddlers of the RussiaGate Hoax specifically and the Forever Wars generally is Senator Rand Paul. Most of his so-called conservative GOP colleagues have either been AWOL completely on these deeply symptomatic matters or joined the fray after it was way too late or had become a matter of Trumpian loyalty-signaling.

Where were they last year at this time when the Donald disastrously anointed a 52-year Federal apparatchik, publicity-hound and scientific lightweight to be the Covid-czar? And then, they permitted him to host his own daily reality TV show which sparked the calamity of Lockdown Nation and impregnated the national psyche with unhinged hysteria about a respiratory virus that was not appreciably more virulent than many which had come before.

There were plenty of scientific voices at the time who said this was a giant folly, but even a brief acquaintance with the history of respiratory diseases and the principles of constitutional government was all that was required to deliver a loud, no!

Senator Rand Paul was one of the few who did from the very beginning, and now that the data is in and the visible pandemic is fast fading, he has been fully vindicated.

Indeed, we have rarely seen anything which more powerfully discredits the Covid-as-Black Plague Myth and the resulting depredations of the Virus Patrol than the chart below.

It shows the age-adjusted death rate from all causes for the 120 year span since 1900. As such, it takes all the noise and misdirection out of the daily Covid counts blared across the screen by the cable TV chyrons, and actually embeds the matter in real science.

That is to say, it’s age-adjusted so that the rapidly increasing population of the very elderly with inherently high mortality rates does not bias the picture. Nor do the squirrely death certificate coding conventions promulgated by the CDC last March distort the metric. That’s because it includes deaths from all causes—including the hundreds of thousands where the deceased succumbed to multitudinous causes and co-morbidities but also tested positive under the radically flawed PCR test for Covid. 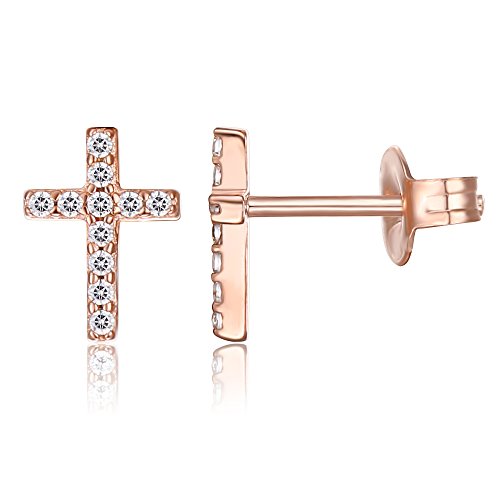 Needless to say, when the age-adjusted mortality rate from all causes oscillated at about 7 per 1,000 population in recent years and then blipped up to about 8 per 1,000 in 2020 (green bar), you do not have a Black Plague or even a deathly pandemic.

What you have is a bad flu season that unfortunately resulted in a modest excess death rate—and one overwhelmingly centered in the nursing homes and the very elderly population beset with weak immune systems. Also, you have an all-causes death rate that was actually no higher than what was taken as a standard outcome as recently as 2004–2006.

The point is, the chart below tells you that there should never have been a Covid hysteria or a lockdown, which caused previously unthinkable economic repercussions such as 70 million newly filed unemployment claims. That’s to say nothing of the crash of whole industries such as air travel and restaurants, the loss of lifetime investments by several millions of small businessmen and entrepreneurs, and the calamity of $6 trillion of Everything Bailouts that were recklessly stood up to compensate for the lockdown carnage.

A few decades from now, the blip represented by the green bar will hardly be visible with even a magnifying glass. That’s because several subsequent years will show a small dip in the annual mortality rates owing to the fact that the Grim Reaper came a few months early when medical treatments and therapeutic protocols failed to become available to the most vulnerable in the initial months of the pandemic.

More importantly, the reason for the sweeping folly of 2020 will become readily apparent.

It wasn’t “the science.” On the contrary, it was the result of an old-fashioned power grab by a camarilla of public health bureaucrats, their overlords in the pharma industry and the state and local officials who suddenly had a chance to wield dictatorial powers over the daily lives of their constituents.

No rational government in a free society with a healthy opposition party would have wreaked the havoc brought upon America during the last year owing to the tiny blip reflected in the green bar below.

Senator Rand Paul and a few intrepid colleagues—plus an occasional on-point anchor on Fox News like Tucker Carlson—tried as they might, but they simply could not thwart the ceaseless aggrandizement of an Imperial City that has become the living embodiment of Leviathan.

The chart above puts us in mind of our own youth on a rural Michigan farm. At our one-room school, we all wanted to get measles, mumps and chickenpox so that we would have the natural immunities going forward; and when it came along, we wanted to get Dr. Salk’s vaccine because we didn’t wish to get polio.

But either way, no one thought we were living in a world beset by deathly plagues and medical pestilence; this includes the virulent Asian flu that came along in 1957, which resulted in 116,000 deaths among a population half today’s size.

Still, the age-adjusted death rate from all causes in 1957 was about 14 per 1,000 or double the rate recorded for the Year-of-the-Covid in 2020. The fact that US economic and social life has been monkey-hammered by unhinged government interventions is evidence that there is not much left in Washington to thwart the on-going metastasis.

Sleepy Joe’s restoration projects mentioned above are not merely the ideological hobby horses of the so-called Progressive Left. They are the business of Washington writ large.

Even the so-called conservatives fail to understand what Rand Paul has cogently explained to his colleagues to no avail.

The Dems are riding to increased political power on the back of the income/wealth inequality issue, which is being exacerbated by the Fed’s insane $120 billion monthly purchases of government, GSE debts and the resulting fuel it provides to even more asset price inflation.

Not surprisingly, Sleepy Joe’s next $3 trillion plan proposes making permanent the free-stuff-for-nearly-all embodied in the stimmy checks and $3,600-per-child tax credits. As we have said repeatedly, those were just a backdoor route to a permanent form of UBI (universal basic income). UBI is a horrible notion being justified on the grounds of righting the drastic and artificial wealth maldistribution caused by the Fed.

The mainstream GOP has no plans to attack any of the state-aggrandizing predicates behind Sleepy Joe’s next multi-trillion boondoggle.

When it comes to climate change, they will propose tax credits rather than point out that carbon dioxide isn’t a pollutant and that the slightly warming climate that has been unfolding since the end of the Little Ice Age after 1850 is likely to be beneficial, not the phony climate catastrophe narrative endemic in the Imperial City and in the mainstream narrative.

Moreover, as the damage to free-market prosperity from all of this statist intervention mounts, it will be claimed that more stimulus is needed to boost economic performance. That is to say, more growth-stunting government spending, borrowing and monetization are on the way to compensate for the immense damage already being done.

As we said, the next Sleepy Joe boondoggle will be a killer, yet Rand Paul and his corporal’s guard will be hard-pressed to rouse an opposition sufficient enough to stop it.

Then again, miracles do happen, and at certain times in history, sweeping political realignments do occur.

We can only hope that the 2020s will prove to be one of them.

You Refuse To Get Vaccinated, But Are You Ready To Be an Outcast?The Way Out and the Way to (Part Three)