Turning Their Backs on Marjorie

Striking “moderate” poses in the present political climate is like trying to be a pacifist on a battlefield. Republicans need more backbone—like the Democrats.

Chris Wallace last week solemnly revealed to guests on his Fox News program what he regarded as a growing embarrassment for Republicans: U.S. Representative Marjorie Taylor Greene of Georgia, whom Democrats (and a few of her fellow Republicans) were about to strip of her committee assignments, was insisting that the November 3 presidential election reeked of fraud. She also defended the wacky QAnon conspiracy view, according to which the deep state does the bidding of pedophiles and other lowlifes.

To the satisfaction of Wallace and his talking partners, two congressional Republican leaders, Rep. Steve Scalise (R-La.) and Minority Leader Kevin McCarthy (R-Calif.), were about to chastise the wayward Georgia congresswoman. Wallace was particularly ticked-off that Republicans were less “outraged” over Greene than Rep. Liz Cheney (R-Wyo.), who voted her conscience when she called for impeaching Donald Trump a second time.

Listening to these comments about Marjorie (if I may use her first name), I thought I had entered a lunatic asylum. The present Congress has become the very opposite of a well-mannered English debating club circa 1850.  In fact, it is impossible for me to compare this body of legislators to the one that existed when I was growing up in the 1950s. 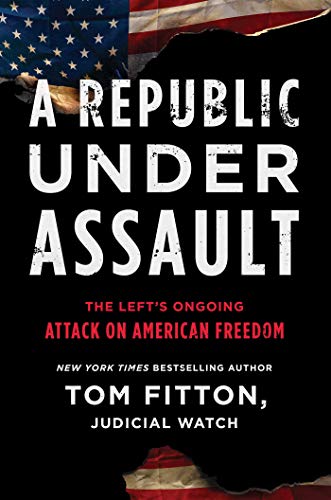 The House of Representatives now abounds in screaming demagogues, such as Adam Schiff (D-Calif.), Jerry Nadler (D-N.Y.), Maxine Waters (D-Calif.), and just about any member of the Congressional Black Caucus. Congressional Democrats have made utterly irresponsible accusations against the former president and even abetted assaults on him and his staff.  The House Finance Committee is being chaired by the corrupt, inflammatory Waters, who once threatened the lives and livelihoods of Trump and his supporters, while another House Democrat, Eric Swalwell of California spent years sleeping with a Chinese spy and taking Chicom funding for his political campaigns, and yet sits (mirabilis dictu!) on the House intelligence committee.

Just about every day, a former barmaid from the Bronx utters something so shocking that one might hope her party would disavow her stream-of-consciousness yapping. Instead, they stand by this mouthy pea-brain and even fall into line with her latest charge. Alexandria Ocasio-Cortez was caught lying through her teeth when she claimed to have barricaded herself in her office in the Capitol, to avoid attack by rioters on January 6. The guys with the MAGA hats never occupied the Cannon Building, where her office is located, after they entered the capitol complex. But Ocasio-Cortez’s colleagues and most of the national media dismissed any question about her story, especially after she hyperventilated about how she had been a prior victim of sexual assault.

Previous article by Paul Gottfried: Polling and the Truth