The End of History and Christian Hope

Actions and events in history do not just happen. Men make decisions, and those decisions—or, at times, the lack of a decision—can and do have momentous results.  Not only that, to see ourselves and just where we “are” in history we must take, as it were, the “long view.” By that we must understand that history—our history, the history of our Western civilization—is more than a succession of actions and events. History is not only a string of particular happenings, dates and important figures we learn about or memorize in grammar and high school. As the late Southern writer Richard Weaver once wrote (and the title of one of his memorable books), “ideas have consequences.”

For the orthodox Christian steeped in the beliefs, traditions, and inheritance of his faith, since the Resurrection and the foundation of Christ’s Church on earth, subsequent history takes on a particular significance. It is the epoch of human existence following Our Lord’s completion and fulfillment of the prophecies of the Old Testament and the establishment of the New, a new dispensation that will continue until the Final Judgment and end of the world. 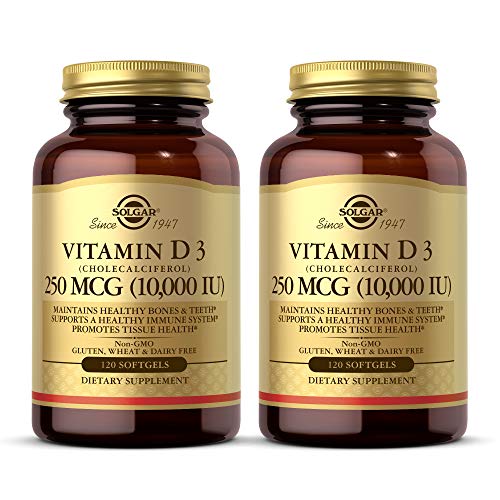 During this “historical age” those baptized in His Name–the Mystical Body of Christ–undergo tremendous challenges, testing, and persecution. Opposing it are arrayed the forces of Evil, the vast panoply of temptations both secular and (pseudo-)“spiritual,” made to seem very attractive, even apparently partaking of that very Christian inheritance often disguised with a false face: in reality the visage of Revolution against God and man.

For the traditional Christian viewing the history of humankind for the past centuries, the various events, revolutions, economic and political transformations, and religious upheavals—all those pieces fit into an overall puzzle. That puzzle viewed in its totality is often horrifying in its meaning and magnitude; it mirrors the progressive inversion and destruction of our civilization which had been established through the implementation of the Gospel message and the conversion of the Roman emperor Constantine the Great (337 A.D.). But given the supreme promises made by Our Lord to the Church and to the faithful orthodox Christian, that awful spectre, although frightening and terrifying, will in the end be defeated and routed.  Indeed, those promises offer reassurance and extend to each of us the theological Virtue of Hope, inspiring in us in the very worst of circumstances a defiance against the demonic forces of Hell itself.

But, as we also know, the severe testing and the incredibly horrendous persecutions and destruction are extremely painful…painful as we watch those institutions, that culture, that glorious civilization which was built and constructed originally upon the teachings of Our Lord, falter and almost disappear before us.

Certainly, for the past five centuries defenders of our inherited civilization have been engaged in a mammoth and multi-faceted rear-guard action. Those institutions and that culture–that music, art, literature and architecture–which grew up organically in the soil watered by the Christian faith have suffered incalculable damage. For to pervert and destroy the Faith, as the diabolical forces of Revolution now understand, attacking it frontally was far less successful. For much of post-Apostolic history that tactic was tried but fended off by the Church Militant.  Rather, now for the past few centuries the tactic has been to infiltrate and poison Christian culture and the environment it has created, that social fabric and ambience that give added character and public expression to the faith, but also, more importantly, help to support the weak at heart.

Thus, every facet of Western Christian culture—that environment that surrounds us and clothes and buoys us up in the inheritance of faith—is under severe stress and in danger of disappearing before our eyes. And the weakest among us suffer the worst, succumbing to the tawdry enticements of Revolutionary Man, and ultimately to the managerial, globalist Deep State. 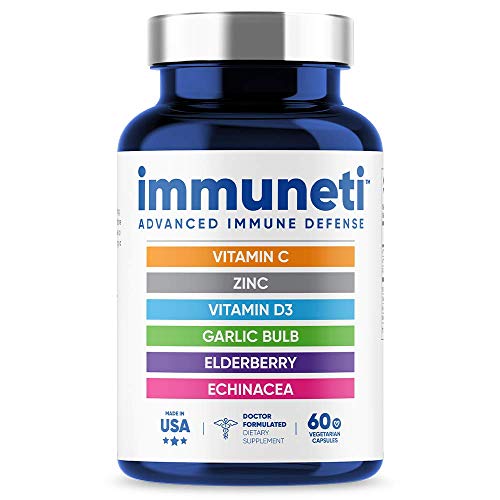 Just as the French Revolution inserted firmly into the public consciousness the mirage of a new “democratic” man free from Divine rule and the abolition of “old” Europe and those natural orders and bonds that gave life and hope to the Faith even to the lowest peasant, subsequent revolutions, not just political and social, unleashed the untamed advances of (pseudo-)“science”: evolutionism, Freudianism, climate hysteria, critical race theory, and more.

That campaign—that unleased war—encompasses everything; not to realize this fact is fatal. And it is one of the major reasons that the Neoconservatives and most establishment conservatives, who have accepted many of those “advances” (and tell us that they are consistent with defending our civilization), are incapable of real resistance to what is happening.

Historically, consider what has occurred since the French “Declaration of the Rights of Man” (1789) and then the dictatorship of Napoleon, which naturally flowed from that supposed triumph of democracy. At the Congress of Vienna (1814-1815), what remained of traditional and Christian Europe attempted to put the evil genie of Revolution back into the lamp. And for approximately a century Europe and the West enjoyed relative peace. Yet, despite the best efforts of Prince von Metternich and Tsar Alexander of Russia, the contagion continued to fester, oft times subterraneously or in brief, regionalized conflicts.

Perhaps most importantly for Americans was the War Between the States through which a grasping Federal government essentially declared war on (the Southern) half the American nation…that half which observed the very rules and understandings that had originally created (as Ben Franklin warned) a fragile United States. By eliminating that counterweight, the continuing revolution in America was fully unleashed and given nearly unstoppable tailwinds—the results of which we see today.

The First World War undid Metternich’s “concert of Europe,” that stasis which had permitted Europe and most of the world to enjoy relative peace and stability for one-hundred years. Three great, essentially conservative empires were in one foul action overturned, and like a disturbed anthill, millions were dispossessed of the traditions, social bonds, and faith which had supported and sustained them for centuries. Soviet Communism triumphed on the bones of Romanov Russia and soon spread its infection throughout the world. 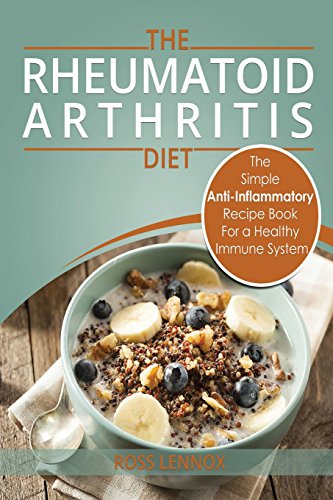 World War II—that so-called “good war”—only saw one real victor: Stalin’s and eventually, Mao’s, legions and subsequent conquests. The historic West in its conceit and propagated lie that “democracy had triumphed” continued its spiral into oblivion, the ultimate dream of the anti-Christian Revolution and the triumph of the transgendered whore of Babylon who offers us her favors in return for eternal slavery and subservience.

That’s where we find ourselves in the first month of the Biden-Harris presidency and the worldwide proclaimed “great reset” enunciated recently at the World Economic Forum in Davos, Switzerland, by the globalist elites who aspire for total power over the nations of the world and over our lives.

Only two countries presently stand in any way against this globalism: Hungary (under its President Orban) and Russia (under Vladimir Putin), and even in those two cases they must pay obligatory lip service to the objectives of those who work to purge our world of the real message that came from that Cradle in Bethlehem two millennia ago.

I return to William Butler Yeats’ apocalyptic poem, “The Second Coming,” written in the wake of the disastrous conclusion of World War I (1919). Its message is prophetic in that it presages not only what would happen in the interwar years, 1920s and ‘30s, but what has happened since 1945. In part it reads:

Things fall apart; the centre cannot hold;
Mere anarchy is loosed upon the world,
The blood-dimmed tide is loosed, and everywhere
The ceremony of innocence is drowned;
The best lack all conviction, while the worst
Are full of passionate intensity.

Surely some revelation is at hand; 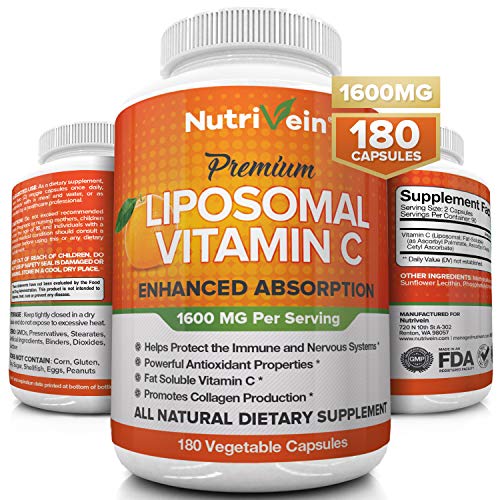 Surely the Second Coming is at hand.
The Second Coming! Hardly are those words out
When a vast image out of Spiritus Mundi
Troubles my sight: a waste of desert sand;
A shape with lion body and the head of a man,
A gaze blank and pitiless as the sun,
Is moving its slow thighs, while all about it
Wind shadows of the indignant desert birds.

The darkness drops again but now I know
That twenty centuries of stony sleep
Were vexed to nightmare by a rocking cradle,
And what rough beast, its hour come round at last,
Slouches towards Bethlehem to be born?

The “rough beast” is unleashed as Saint Peter the Apostle tells us in I Peter 5:8: “Be sober and watch: because your adversary the devil, as a roaring lion, goeth about seeking whom he may devour” (the First Lesson in the ancient Office of Compline). But then in verses 9 and 10 we are comforted by the promise that “Whom resist ye, strong in faith: knowing that the same affliction befalls your brethren who are in the world. But the God of all grace, who hath called us into his eternal glory in Christ Jesus, after you have suffered a little, will himself perfect you, and confirm you, and establish you.”

This, then, is our promise in the midst of the virtual triumph of Evil, of the Rough Beast.

Despite the odds, we continue to stoutly defend our faith and our culture…what remains of the inheritance vouchsafed to us by our Christian ancestors.

And on our lips are songs of praise to the Creator, our Hope and our salvation.