The Destructive Plan Behind the Biden Russia Agenda

The new Biden Administration has from day one made it clear it will adopt a hostile and aggressive policy against the Russian Federation of Vladimir Putin. The policy behind this stance has nothing to do with any foul deeds Putin’s Russia may or may not have committed against the West. It has nothing to do with absurd allegations that Putin had pro-US dissident Alexei Navalny poisoned with the ultra-deadly Novichok nerve agent. In has to do with a far deeper agenda of the globalist Powers That Be. That agenda is what is being advanced now.

The Cabinet choices of Joe Biden reveal much. His key foreign policy picks–Tony Blinken as Secretary of State and Victoria Nuland as Under Secretary of State for Political Affairs; Bill Burns as CIA head; Jake Sullivan as National Security Advisor ; Avril Haines as Director of National Intelligence—all are from the Obama-Biden Administration and all have worked closely together. As well, all see Russia, not China, as the prime security threat to the United States’ global hegemony. 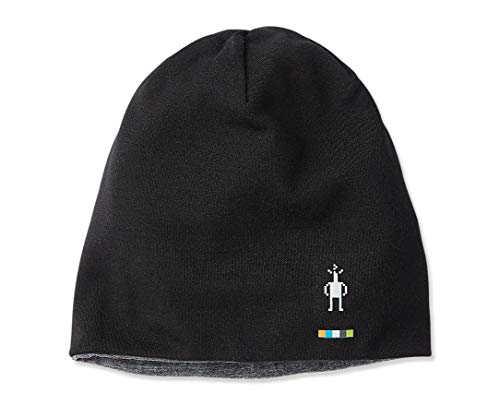 As candidate, Joe Biden stated this often. His key foreign policy choices underscore that the focus with the Biden Administration, regardless how fit Biden himself is, will shift from the China threats to that of Putin’s Russia. Biden’s CIA head, Bill Burns, is a former Ambassador to Moscow and was Deputy Secretary of State during the Obama CIA coup d’etat in Ukraine in 2014. Notably, when Burns left State in November 2014 he was succeeded by Tony Blinken, now Secretary of State. Blinken reportedly formulated the US State Department response to Russia’s Crimea annexation.

All Biden choices are uniformly clear in blaming Putin’s Russia for everything from US election interference in 2016 to the recent SolarWinds US government computer hack, to every other claim aired against Russia in recent years, whether proven or not.

In trying to determine what the new Biden Administration and the US intelligence agencies have in store towards Putin and Russia, however, the best indication is the prominent role being given to Victoria Nuland, the person, together with then-Vice President Joe Biden, who ran the political side of the US coup d’etat in Ukraine in 2013-14. She infamously was wire-tapped in a phone call to the US Ambassador in Kiev during the Maidan Square 2013-14 protests, telling the Ambassador Geoffrey Pyatt, regarding EU choices for a new Ukraine regime, “F**k the EU.” Her husband, Robert Kagan is a notorious Washington neocon.

On leaving government on Trump’s election in 2016, Nuland became a Senior Counselor at the Albright Stonebridge Group, headed by former Clinton Secretary of State Madeline Albright who is also chairman of the National Endowment for Democracy (NED) affiliate, National Democratic Institute. Nuland also joined the Board of the NED, after 2016, keeping in close contact with NED regime change operations. She is a Russia expert, fluent in Russian and a specialist in toppling regimes.

As Obama Assistant Secretary of State for Eurasian and European Affairs in 2013, Nuland worked closely with Vice President Joe Biden to put into power Arseniy Yatsenyuk in a US-friendly and Russia-hostile Ukraine coup. She fostered months of protest against the regime of the elected President of Ukraine, Victor Yanukovych, to force his ouster after his decision to join the Russian Eurasian Economic Union. Founder of the private intelligence group Stratfor, George Friedman, in an interview just after the February 2014 coup in Kiev, called it “the most blatant coup in (US) history.” 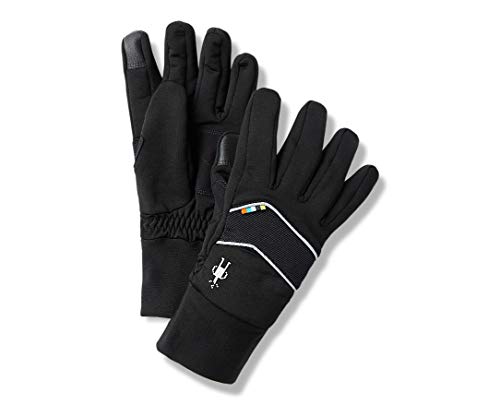 In a major article in the August, 2020 Foreign Affairs, journal of the New York Council on Foreign Relations (CFR), Nuland outlines what most likely will be US strategy for undermining Russia in the coming months. She complains that, “resignation has set in about the state of US-Russian relations, and Americans have lost confidence in their own ability to change the game.” In other words, she is about “changing the game” with Putin. She charges that in the past 12 years, “Russia has violated arms control treaties; fielded new, destabilizing weapons; threatened Georgia’s sovereignty; seized Crimea and much of the Donbass; and propped up despots in Libya, Syria, and Venezuela. It has used cyber-weapons against foreign banks, electrical grids, and government systems; interfered in foreign democratic elections; and assassinated its enemies on European soil.”

She goes on to say the repeated US economic sanctions on select Russian banks and companies as well as Putin backers have done little to change Russian policy, claiming that, ”US and allied sanctions, although initially painful, have grown leaky or impotent with overuse and no longer impress the Kremlin.”

But Nuland suggests that Putin’s Russia today is vulnerable as never in the past 20 years: “the one thing that should worry the Russian president: the mood inside Russia. Despite Putin’s power moves abroad, 20 years of failing to invest in Russia’s modernization may be catching up with him. In 2019, Russia’s GDP growth was an anemic 1.3 percent. This year, the coronavirus pandemic and the free fall in oil prices could result in a significant economic contraction…Russia’s roads, rails, schools, and hospitals are crumbling. Its citizens have grown restive as promised infrastructure spending never appears, and their taxes and the retirement age are going up. Corruption remains rampant, and Russians’ purchasing power continues to shrink.”

In her CFR article Nuland advocates using, “Facebook, YouTube, and other digital platforms… there is no reason why Washington and its allies shouldn’t be more willing to give Putin a dose of his own medicine inside Russia, while maintaining the same deniability.” She adds that because Russians widely use the Internet and it is largely open, “Despite Putin’s best efforts, today’s Russia is more permeable. Young Russians are far more likely to consume information and news via the Internet than through state-sponsored TV or print media. Washington should try to reach more of them where they are: on the social networks Odnoklassniki and VKontakte; on Facebook, Telegram, and YouTube; and on the many new Russian-language digital platforms springing up.” 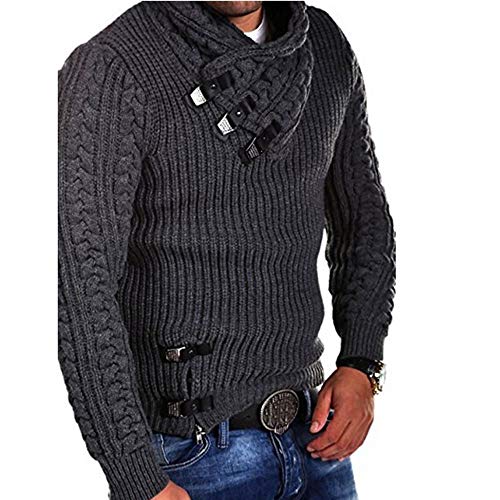 Around the time Nuland submitted her July-August Foreign Affairs article, perennial Putin opponent, Alexey Navalny was in Berlin, ostensibly recovering from what he claims was an attempt by Putin’s intelligence to kill him with highly toxic nerve agent, Novichok. Navalny, a US-educated opposition figure who was a Yale University Fellow in 2010 has been trying to gain a strong following for well over a decade, has been documented receiving money from Nuland’s National Endowment for Democracy, whose founder in the 1990s described it as doing, “what the CIA used to do, but privately.” In 2018 according to NPR in the US, Navalny had more than six million YouTube subscribers and more than two million Twitter followers. How many are bots paid by US intelligence is not known. Now, five months after exile in Berlin, Navalny makes a bold return where he knew he faced likely jail for past charges. It was obviously a clear calculation by his Western sponsors.

The US government’s NGO for Color Revolution regime change, the NED, in a piece published on January 25 echoes Nuland’s call for a social media-led destabilization of Putin. Writing about the Moscow arrest of Navalny just three days before the Biden inauguration, the NED states that, “By creating a model of guerrilla political warfare for the digital age, Navalny has exposed the regime’s utter lack of imagination and inability….” They add, “Putin is in a Catch-22: If Putin kills Navalny, it could draw more attention to the problem and exacerbate unrest. If Putin lets Navalny live, then Navalny remains a focus for resistance, whether he is in prison or not… Navalny has very much outmaneuvered Putin at each turn since the poisoning. It’s becoming a bit humiliating for him.”

Since his alleged botched poisoning in August in Russian Far East, Navalny was allowed by the Russian government to fly to Berlin for treatment, a strange act if indeed Putin and Russian intelligence had really wanted him dead. What clearly took place in the intervening five months in exile suggests that Navalny’s return was professionally prepared by unnamed Western intelligence regime change specialists. The Kremlin has claimed intelligence that shows Navalny was directly being tutored while in exile by CIA specialists.

On Navalny’s Moscow arrest January 17, his anti-corruption NGO released a sophisticated YouTube documentary on Navalny’s channel, purporting to show a vast palace alleged to belong to Putin on the Black Sea, filmed with use of a drone, no small feat. In the video Navalny calls on Russians to march against the alleged billion dollar “Putin Palace” to protest corruption.

Navalny, who clearly is being backed by sophisticated US information warfare specialists and groups such as the NED, is likely being told to build a movement to challenge United Russia party candidates in the September Duma elections where Putin isn’t a candidate. He has even been given a new tactic, which he calls a “smart voting” strategy, a hallmark NED tactic. 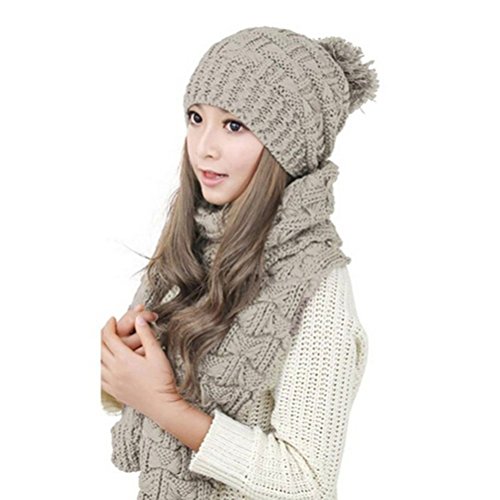 Stephen Sestanovich, New York Council on Foreign Relations Russia expert and former board member of the NED, suggested the likely game plan of the new Biden team. On January 25 Sestanovich wrote in the CFR blog, “The Putin regime remains strong, but nationwide protests in support of Alexei Navalny are the most serious challenge to it in years. Opposition leader Alexei Navalny is showing a political creativity and tactical skill that Putin has not previously faced. If the protests continue, they could reveal vulnerabilities in his decades-long hold on power.” This was two days after Russia-wide protests demanding Navalny’s release from jail. “With his bold decision to return to Moscow and the release of a widely viewed video purporting to expose regime corruption, Navalny has shown himself to be a capable and imaginative political figure—even from jail, perhaps the most formidable adversary Putin has faced,” he wrote. “The strategic sophistication of Navalny’s team is underscored both by its video release and, before that, by its exposé of the Federal Security Services (FSB) personnel who poisoned him last summer.”

The clear decision of the Biden team to name a former Moscow ambassador to head the CIA and Victoria Nuland to No. 3 position at the State Department, along with his other intelligence choices indicate that destabilizing Russia will be a prime focus of Washington going forward. As the NED gleefully put it, “Navalny’s arrest, three days before Biden’s inauguration former US ambassador to Russia Michael McFaul says, has all the makings of “Biden’s first foreign policy crisis. Whatever was in their transition documents, this is now front and center for them.”

The reason however is not because of domestic corruption by Putin’s inner circle, true or not. Biden could care less. Rather it is the very existence of Russia under Putin as an independent sovereign nation that tries to defend that national identity, whether in military defense or in defense of a traditionally conservative Russian culture. Ever since the US-backed NED destabilization of the Soviet Union in 1990 during the Bush Administration, it has been NATO policy and that of the influential financial interests behind NATO to break Russia into many parts, dismantle the state and loot what is left of its huge raw materials resources. The globalist Great Reset has no room for independent nation states like Russia is the message that the new Biden team will clearly convey now.

F. William Engdahl is strategic risk consultant and lecturer, he holds a degree in politics from Princeton University and is a best-selling author on oil and geopolitics, exclusively for the online magazine “New Eastern Outlook”.

Network edition New Eastern Outlook 2010-2021
Republishing of the articles is welcomed with reference to NEO.