From “Event 201” to “Cyber Polygon”: The WEF’s Simulation of a Coming “Cyber Pandemic”

Last year, the World Economic Forum teamed up with the Russian government and global banks to run a high-profile cyberattack simulation that targeted the financial industry, an actual event that would pave the way for a “reset” of the global economy. The simulation, named Cyber Polygon, may have been more than a typical planning exercise and bears similarities to the WEF-sponsored pandemic simulation Event 201 that briefly preceded the COVID-19 crisis.

On Wednesday, the World Economic Forum (WEF), along with Russia’s Sberbank and its cybersecurity subsidiary BI.ZONE announced that a new global cyberattack simulation would take place this coming July to instruct participants in “developing secure ecosystems” by simulating a supply-chain cyberattack similar to the recent SolarWinds hack that would “assess the cyber resilience” of the exercise’s participants. On the newly updated event website, the simulation, called Cyber Polygon 2021, ominously warns that, given the digitalization trends largely spurred by the COVID-19 crisis, “a single vulnerable link is enough to bring down the entire system, just like the domino effect,” adding that “a secure approach to digital development today will determine the future of humanity for decades to come.” 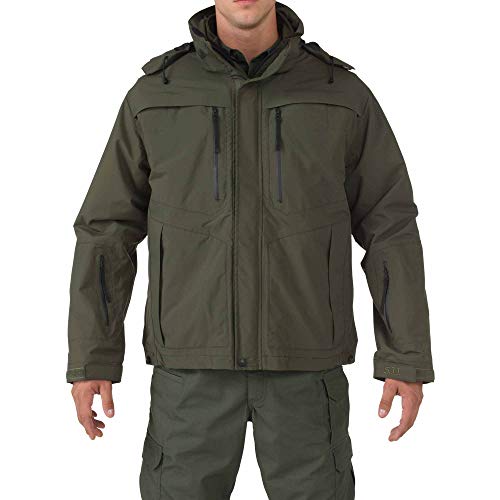 The exercise comes several months after the WEF, the “international organization for public-private cooperation” that counts the world’s richest elite among its members, formally announced its movement for a Great Reset, which would involve the coordinated transition to a Fourth Industrial Revolution global economy in which human workers become increasingly irrelevant. This revolution, including its biggest proponent, WEF founder Klaus Schwab, has previously presented a major problem for WEF members and member organizations in terms of what will happen to the masses of people left unemployed by the increasing automation and digitalization in the workplace.

New economic systems that are digitally based and either partnered with or run by central banks are a key part of the WEF’s Great Reset, and such systems would be part of the answer to controlling the masses of the recently unemployed. As others have noted, these digital monopolies, not just financial services, would allow those who control them to “turn off” a person’s money and access to services if that individual does not comply with certain laws, mandates and regulations.

The WEF has been actively promoting and creating such systems and has most recently taken to calling its preferred model “stakeholder capitalism.” Though advertised as a more “inclusive” form of capitalism, stakeholder capitalism would essentially fuse the public and private sectors, creating a system much more like Mussolini’s corporatist style of fascism than anything else.

Yet, to usher in this new and radically different system, the current corrupt system must somehow collapse in its entirety, and its replacement must be successfully marketed to the masses as somehow better than its predecessor. When the world’s most powerful people, such as members of the WEF, desire to make radical changes, crises conveniently emerge—whether a war, a plague, or economic collapse—that enable a “reset” of the system, which is frequently accompanied by a massive upward transfer of wealth.

In recent decades, such events have often been preceded by simulations that come thick and fast before the very event they were meant to “prevent” takes place. Recent examples include the 2020 US election and COVID-19. One of these, Event 201, was cohosted by the World Economic Forum in October 2019 and simulated a novel coronavirus pandemic that spreads around the world and causes major disruptions to the global economy—just a few weeks before the first case of COVID-19 appeared. Cyber Polygon 2021 is merely the latest such simulation, cosponsored by the World Economic Forum. The forum’s current agenda and its past track record of hosting prophetic simulations demands that the exercise be scrutinized. 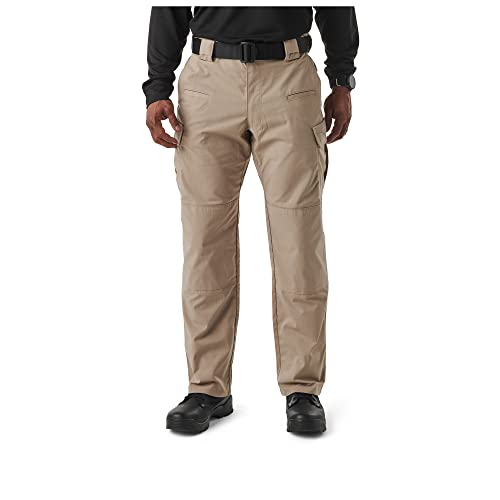 Though Cyber Polygon 2021 is months off, it was preceded by Cyber Polygon 2020, a similar WEF-sponsored simulation that took place last July in which speakers warned of a coming deadly “pandemic” of cyberattacks that would largely target two economic sectors, healthcare and finance. Cyber Polygon 2020 was officially described as “international online training for raising global cyber resilience” and involved many of the world’s biggest tech companies and international authorities, from IBM to INTERPOL. There were also many surprising participants at the event, some of whom have been traditionally seen as opposed to Western imperial interests. For example, the person chosen to open the Cyber Polygon event was the prime minister of the Russian Federation, Mikhail Mishustin, and its main host, BI.ZONE, was a subsidiary of the Russian-government-controlled Sberbank. This suggests that the overused “Russian hacker” narrative may be coming to an end or will soon be switched out for another boogeyman more suitable in light of current political realities.

Aside from Mishustin, WEF executive director Klaus Schwab and former UK prime minister Tony Blair participated in the Cyber Polygon 2020 event, which is due to be repeated annually and bears many similarities to 2019’s Event 201. Rather than preparing for a potential medical pandemic, Cyber Polygon 2020 focused on preparing for a “cyberpandemic,” one that mainstream media outlets like the New Yorker claim is “already underway.” Given the WEF’s recent simulations, powerful billionaire business owners and bankers appear to be poised to use both physical and digital pandemics to reform our societies according to their own design and for their own benefit.

The Architects of Cyber Polygon

According to Russian cybersecurity firm BI.ZONE, 120 organizations spread over twenty-nine countries took part in the two scenarios that were simulated at Cyber Polygon 2020, with as many as five million people allegedly having watched the livestream in over fifty-seven countries. Like many events that took place in 2020, the Cyber Polygon simulations were conducted online due to COVID-19 restrictions. Together with the World Economic Forum, BI.ZONE, a subsidiary of Sberbank, manages the Cyber Polygon project. Sberbank’s largest shareholder, as of last year, is the Russian government, and it is thus often described by English-language media outlets as a state-controlled bank.

The 2020 event was launched with an address from the prime minister of the Russian Federation Mishustin, who has a history of courting Western tech companies prior to entering politics. In 1989, Mishustin graduated from Moscow State Technological University (generally known as Stankin) with a qualification in systems engineering. During the 1990s, he worked at the International Computer Club, a nonprofit organization with the goal of “attracting Western advanced information technologies” to Russia. Between 1996 and 1998, Mishustin was the chairman of the board of the ICC, but the company was liquidated in 2016. Between 2010 and 2020, he served as head of the Federal Taxation Service of the Russian Federation. Even though he had never shown any previous political ambitions, on January 16, 2020, he was appointed prime minister of the Russian Federation by an executive order issued by President Putin.

During Mishustin’s welcoming remarks at the WEF’s Cyber Polygon 2020, the Russian PM warned of the need to create public policy to “strengthen the digital security of critical activities without undermining the benefits from digital transformation in critical sectors that would unnecessarily restrict the use and openness of digital technology.” The statement suggests that “unnecessary restrictions” could become seen as necessary in time.

Mishustin goes on to explain that Russia’s post-COVID economic recovery will be based on the “increasing digitalization of that economy and government,” adding that “we will drastically increase the number of available digital public services and introduce fundamentally new support measures for digital businesses.” He also stated that “Russia has developed a common national system for identification and the prevention of cyberattacks with the government agency’s information systems linked in the system.” He also addressed the Cyber Polygon audience about the international community needing to come together to prevent a “global cyberfraud pandemic.”

Sberbank, the largest Russian banking institution and former Soviet savings monopoly, which was originally founded by Nicholas I, was an official host of the Cyber Polygon 2020 event alongside the World Economic Forum. As reported in the Economist in January 2021, the Russian banking giant has begun to reimagine its business in an effort to become a consumer-technology giant. Sberbank has spent around $2 billion on technology and acquisitions, including the acquisition of internet media group Rambler, which it fully acquired in 2020. As late as December 30, 2020, Sberbank acquired Doma.ai, which describes itself as “a convenient real estate management platform.” On June 15, 2020, Sberbank bought 2GIS, a map, navigator, and business directory with over 42 million monthly active users. Sberbank’s twenty-two investments, eleven as the lead investor, include some of the most used services in Russia, and its clear intention is to become a one-stop digital shop for all services. The bank also became the owner of one of the largest data-processing centers in Europe when the South Port data-processing center opened in November 2011, replacing the existing thirty-six regional data centers. Sberbank is set to be the world’s first bank to launch its own cryptocurrency, Sbercoin, and digital finance “ecosystem” this March. It notably announced the coming Sbercoin, a “stablecoin” tied to the Russian ruble, just a few weeks after the Cyber Polygon 2020 exercise. 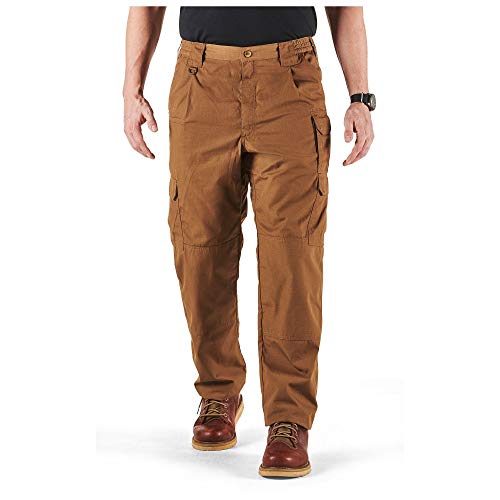 Sberbank’s alliance with the WEF and prominence at Cyber Polygon 2020 was underscored at the event during the welcoming remarks delivered by Klaus Schwab. Schwab gave special thanks to Herman Gref, a member of the board of trustees of the World Economic Forum and Sberbank’s CEO and also issued the following dire warning:

We all know, but still pay insufficient attention to, the frightening scenario of a comprehensive cyberattack which would bring to a complete halt to the power supply, transportation, hospital services, our society as a whole. The COVID-19 crisis would be seen in this respect as a small disturbance in comparison to a major cyberattack. We have to ask ourselves, in such a situation, how could we let this happen despite the fact we had all the information about the possibility and seriousness of a risk attack. Cybercrime and global cooperation should be on the forefront of the global agenda.

Similar warnings were heard at a 2019 simulation that was also cosponsored by the World Economic Forum, Event 201. Event 201, which simulated a global pandemic just months before the COVID-19 crisis, presciently warned in its official documentation: “The next severe pandemic will not only cause great illness and loss of life but could also trigger major cascading economic and societal consequences that could contribute greatly to global impact and suffering.” In contrast to similar simulations conducted in the past, Event 201 championed a “public-private partnership” approach to combatting pandemics, with a focus on engaging “the private sector in epidemic and outbreak preparedness at the national or regional level.” The WEF is, among other things, a major evangelist for the merging of the public and private sectors globally, describing itself as the “international organization for private-public cooperation.” It is thus unsurprising that their latest disaster simulation, which focuses on cyberattacks, would promote this same agenda.

America’s Out of Control Teens Are on a Historic Crime Spree Trump Acquitted (Again), But Trump Hatred Continues