Counting and Caring for the Dead

COVID is as much a media disease as it is a viral disease. It is also a health official disease more than a killer viral infection. Even without a vaccine, without proper treatment, the vast majority of COVID deaths have comorbidities, usually at least two. It’s a matter of debate in most COVID counted deaths; what in reality killed the patient?

The most disgusting thing about the entire pandemic story is that the press and the medical establishment hid proper treatments for COVID and other viral infections. From the beginning, they sold the story that only vaccines would save the world when most doctors know at this point that is not true.

People are dying from many causes and often from several simultaneously. The human race is sick physically, mentally, emotionally, and spiritually and it certainly shows up in our seriously demented leadership and our chronic disease and death statistics. All of this was true before COVID. 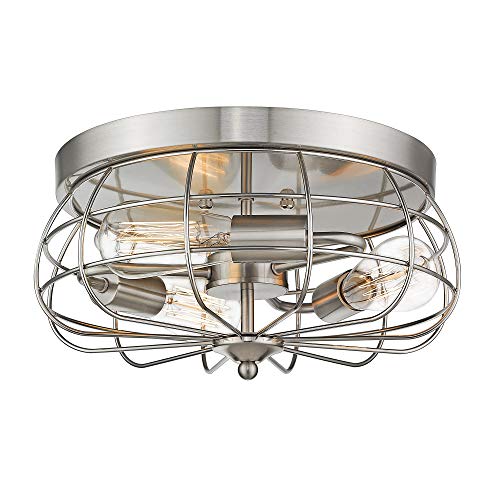 Medical scientists have been trying to speed and refiner their understanding of disease; however, in their quest, they are hamstrung, entirely so, by their refusal to acknowledge nutritional deficiencies, toxicities, and emotional stress as fundamental causes of disease. None of these causes can be touched with pharmaceutical medicines nor with gene therapies. Worse, pharmaceutical approaches tend to amplify these causes. Drugs make nutritional deficiencies worse and increase the body’s toxic burdens while driving up emotional and mental stress with their incessant denial of human factors.

Beriberi masquerading as COVID-19. Deficiency of B1 may result in shortness of breath (dyspnea), the hallmark respiratory symptom for COVID-19. A vitamin B1deficiency may be misdiagnosed as a viral infection or pneumonia. 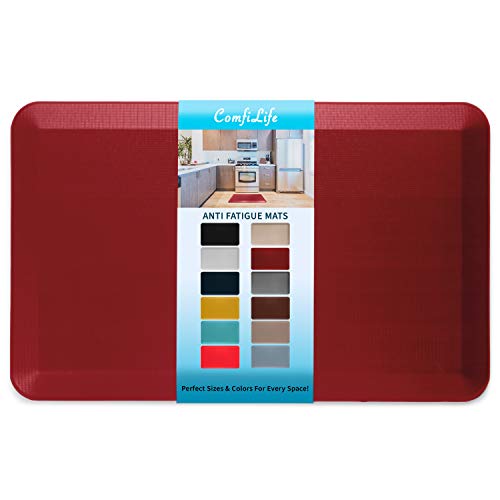 “The results of the study suggest that the inflammation in the oral cavity may open the door to the coronavirus becoming more violent,” said Professor Lior Shapira, EFP president-elect. “Oral care should be part of the health recommendations to reduce the risk for severe COVID-19 outcomes.” The suffocation of humanity with masks needs to stop immediately since dentists in New York report that half of their formally healthy patients (who are wearing masks) show severe gum disease.

There are so many ways health officials are hurting people. During the COVID pandemic, health officials have taken pharmaceutical and medical terrorism onto entirely new levels. The harm they are doing is on a scale never seen before. They are ripping apart societies, families, cultural norms, suffocating humanity with masks, and abusing a whole generation of children by keeping them out of school, for what at this point can only be perceived as an easily treatable disease.

“The verdict is clear: the imposition of lockdowns and social distancing, along with delays in getting children and adolescents back into schools – has been fatal for society, creating a slow-motion mental health explosion that could last for decades.”

The latest news is that a new Israeli drug cured 29 of 30 moderate/severe COVID cases in days. The treatment was developed at Tel Aviv’s Ichilov Medical Center has completed phase 1 trials and appears to have helped numerous moderate-to-serious patients of COVID-19 quickly recover from the disease.

David Beasley, the executive director of the U.N.’s World Food Programme (WFP), highlighted one of the great harms being done by informing us that the number of people on the brink of starvation globally had doubled from 135 million to 270 million not due to COVID-19 but due to the medical response to it. Yet climate change is a growing factor also as growing seasons get shorter as the weather gets colder.

Today, the real humanitarian crisis is not about economics, politics, and related aggressions though these issues threaten to gut us. It is a crisis of human health across the full spectrum of human existence. Under the care of modern medicine and psychiatry, the human race has never been sicker. COVID death counts are a red herring. But vaccine deaths are not. The CDC has done another data dump into the Vaccine Adverse Event Reporting System (VAERS), a U.S. Government-funded database that tracks injuries and deaths caused by vaccines.

The data goes through January 29, 2021, with 11,249 recorded adverse events, including 501 deaths following injections of the experimental COVID mRNA shots by Pfizer and Moderna. This is, of course, for the United States alone. Vaccine deaths are being reported worldwide, through all of this is censored by the mainstream press and by the digital giants who only want us to read what the World Health Organization wants us to see. Most people who are dying of COVID are dying of other diseases. But the different causes of death are hidden behind the COVID label. For example, ‘Influenza has been renamed COVID,’ according to one epidemiologist. You could die of gunshot wounds and still be labeled a COVID death! Coronavirus statistics have been inflated in ways that boggle the mind.

Hospitals Overwhelmed by Flu Patients Are Treating Them in Tents: The 2017-2018 influenza epidemic is sending people to hospitals and urgent-care centers in every state, and medical centers are responding with extraordinary measures: asking staff to work overtime, setting up triage tents, restricting friends and family visits and canceling elective surgeries.

I did not hear in 2020 that anyone was being treated in tents, and we have videos from all over the world of empty hospitals. Indeed, when the panic in NYC was at its height, and the federal government sent in a hospital ship, or was it a COVID ghost ship because almost no COVID patients were treated there.

They pulled off the pandemic by intense media non-stop reporting and reassigning other disease deaths as covid deaths. That is why influenza deaths went to zero. Doctors were told to fill out death certificates with the cause of death as Covid-19 because hospitals and States got big bucks. 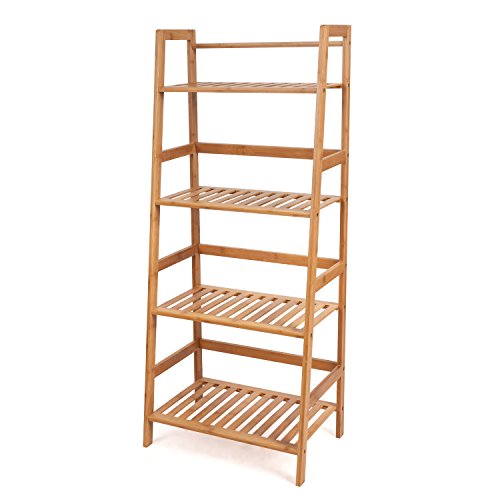 More than two million people have lost their lives to the Covid-19 pandemic worldwide, with the United Nations secretary-general, António Guterres, lamenting the impact of the “vicious virus.” “Our world has reached a heart-wrenching milestone,” Guterres announced in a video marking the moment.

“Behind this staggering number are names and faces: the smile now only a memory, the seat forever empty at the dinner table, the room that echoes with the silence of a loved one,” he added, calling for greater global solidarity to fund vaccination efforts and urging citizens to stick to containment measures such as physical distancing and masks.

Where Are The Tears For Cancer and Heart Disease Deaths?

When was the last time you heard mention of the millions of people who died of cancer or heart disease? The point is that during the time that two million died of COVID, nine million died of cancer. What about their names and faces? Or the 50,000 who will die from cardiovascular diseases today? That is eighteen million over the past year, did we ever stop the busses for them?

We have been had and are being served up on a silver platter to the beasts at the very top of the human pecking order. The whole medical system is rotten to the core, yet almost half the population cannot wait to stick out their arms and get vaccinated, no matter how experimental the COVID vaccines are. That said, just over half the population does not trust the press, the news about the pandemic, nor the vaccines that seem to have more side-effects than other vaccines, a lot more.

Everything is safe, don’t worry about a thing, say, dentists about mercury fillings, doctors about everything they do and prescribe, even about the massive radiation exposures from tests and cancer treatments, and now public health officials, regarding the vaccines.

So it all adds up to an epidemic of death. People are dying, many more than has to be. We can sustain that assumption easily. Just look at the increasing number of suicides of young people. Does anyone think that has to be? Heart disease, how many million could be saved if cardiologists would only prescribe magnesium? Or cancer. How many thousands of people a day could be saved if every cancer patient was taking bicarbonates?

Is It Only Covid We Need To Worry About?

It is insulting even to ask this question. The only reason we ask it is that the media and the medical-industrial complex are obsessed, to an extreme degree, over COVID viruses and vaccines. Just because they pretend that there are no other issues for us to be concerned about does not make their case. 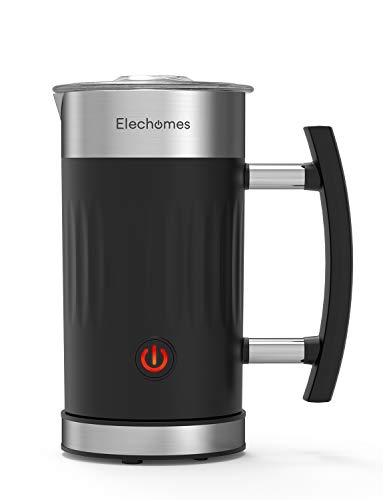 The number of Americans who die from chronic respiratory diseases has skyrocketed over the past 35 years, mainly led by COPD deaths. One does not have to be a genius to understand why. The situation is much the same worldwide, even worse in China, where some of the worst air pollutions are found. For those who are not geniuses think toxins have been colliding head-on into increasing nutritional deficiencies.

In Wuhan, where the whole business began, the first “COVID” cases of pneumonia occurred in a city whose air is HEAVILY polluted. In China, every year, roughly 300,000 people die from pneumonia. That means millions of cases. None of those deaths need to be explained by invoking a new virus. Also, in Wuhan was an early 5G rollout.

COVID is the covering diagnosis for many lung conditions: various kinds of pneumonia; flu and flu-like disease, T.B.; other unnamed lung/respiratory problems, including devastating fungus and yeast infections of the lungs. “Most of these deaths are BEING RELABELED “COVID.” It’s a repackaging scheme. People are dying for traditional reasons, and their deaths are being called “COVID,” writes Jon Rappaport.

Lung disease kills many millions of people every year. About 65 million people suffer from chronic obstructive pulmonary disease (COPD), and 3 million die from it each year, making it the third leading cause of death worldwide. About 334 million people have asthma, the most common chronic disease of childhood, affecting 14% of all children globally. Pneumonia kills millions of people annually and is a leading cause of death among children under five years old.

Over 10 million people develop tuberculosis (T.B.), and 1.4 million die from it each year, making it the most common lethal infectious disease. Lung cancer kills 1.6 million people each year and is the most deadly cancer. In this wide-ranging group of people who have traditional lung conditions, by far the largest component is elderly and frail.

They are dying in nursing homes, in hospitals, in their houses and apartments. In addition to their lung problems, they have been suffering from a whole host of other conditions for a long time, and they have been treated with toxic drugs.

Despite the glorious color pictures of viruses on many sites scientifically speaking, the Corona “virus” has not been isolated. I welcome any comments that lead to information that I am wrong

What we know for sure is that so-called “viruses,” which the scientists who are bought and paid for by mega-corporations refer to as “non-living particles,” are nothing more than bits and pieces of cell debris from dead cells. It is one reason why the German Supreme Court ruled that the Measles virus has not been proven to exist after weighing all the evidence.

Previous article by Dr. Mark Sircus: No Vaccine Trials Made on the Elderly. Vaccinate Them Even If It Kills Them?

The New Gas Tax By Another Name Of Rioters, Protesters, & Patriots