Conservatives and Libertarians for Education Socialism

Last week was National School Choice Week (NSCW). It was sad to hear conservatives, along with some libertarians, expresses support for the idea that some Americans should have the choice of where to spend other Americans’ money to educate their children.

Since 2011, NSCW has been celebrated the last week in January. NSCW “features tens of thousands of events and activities each January, which are independently planned by schools, homeschool groups, organizations, and individuals.” However, due to the Covid-19 “pandemic,” January celebrations focused “on projects and activities, not in-person events.” 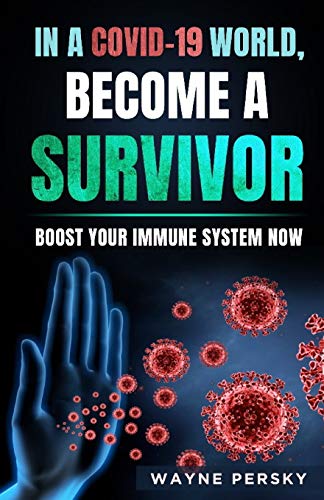 We celebrate all types of K-12 options, including traditional public schools, public charter schools, public magnet schools, private schools, online academies, and homeschooling. NSCW does not preference one type of education option over another. We trust parents to make the best choices for their individual children.

Started in 2011, NSCW has grown into the world’s largest celebration of opportunity in education. The Week is a nonpartisan, nonpolitical public awareness effort. We welcome all Americans to get involved and to have their voices heard!

In the early days of the “school choice” movement, conservatives and libertarians justified their support of vouchers by saying that it was a “gradual” way to achieve the goal of educational freedom. Now this is never even mentioned. What we hear instead from voucher proponents is how vouchers will improve the state’s public-school system through “choice” and “competition.”

Giving some Americans the choice of where to spend other American’s money to educate their children is wealth redistribution.

If a voucher system were used for other things besides education, then it would be denounced by conservatives and libertarians as an income-transfer program and a subsidy to service-providing businesses.

As long as the government is funding the vouchers, it is irrelevant whether vouchers work, whether they enable students to get a better education, or whether parents like them.

He who pays the piper calls the tune. With government funding there inevitably comes government regulation and control.

There is nothing so inherently special about education that government should be providing it or paying for it. Education is a service just like auto repair, landscaping, and dry-cleaning.

Once government vouchers for education are deemed to be acceptable, no reasonable or logical argument can be made against the government’s providing vouchers for other services. If educational vouchers are legitimate, then so are vouchers for car washes, pest control services, and haircuts.

The essence of vouchers is that money is taken from some Americans and given to other Americans. That the purpose of the voucher is education is irrelevant.

Vouchers lead to increased dependency on the government.

Vouchers are not what enables parents to have “school choice.” Parents already have “school choice” when it comes to how to educate their children. The fact that they can’t or aren’t willing to pay for it doesn’t mean that others should.

No American should be forced to pay for the education of other Americans’ children.

Vouchers lead to increased regulation of private schools. It is inconceivable that the government would ever provide money to schools with no strings attached.

Vouchers will make private schools accountable to government instead of parents.

Vouchers will destroy the identity of sectarian schools.

Parents have the responsibility to education their children, not the government.

Vouchers distort the marketplace by establishing a floor below which tuition will not go because they remove incentives for schools to compete on cost.

Government spending on vouchers doesn’t mean that less money will be spent on public schools.

Vouchers will put many private schools out of business that refuse to accept them.

Government vouchers for education are not an intermediate step toward separating education from the state. They are welfare, pure and simple.

Vouchers are a form of education socialism.

It is an illegitimate purpose of government to fund anyone’s education.

Education must be freed from the state. As the Austrian economist Ludwig von Mises pointed out in his book Liberalism: “There is, in fact, only one solution: the state, the government, the laws must not in any way concern themselves with schooling or education. Public funds must not be used for such purposes. The rearing and instruction of youth must be left entirely to parents and to private associations and institutions.”