Will Medical or Religious Exemptions Work Against Forced Vaccination?

Let me start with an irreverent tribute to our compassionate political leaders—and I use the term “compassionate” with the greatest irony—by featuring the Freudian slip of humanoid gargoyle Senator Chuck Schumer, speaking about the second impeachment of Donald Trump:

I’m sure Twitter will delete the same videos on its platforms very soon, but one never knows:

SCHUMER: “Senators will have to decide if they believe Donald Trump incited the ERECTION against the United States.” pic.twitter.com/GllUiqAEUy

Oh, dear. Schumer just said, “Incited the erection.” And the look on his face indicates he knows he said it. pic.twitter.com/ffk4I8Nalf

In addition, if you haven’t seen this video compilation of legacy media’s coverage of Biden’s inauguration, this might also provide some needed amusement.

(It occurs to me that YouTube hasn’t terminated RT’s YouTube account because YouTube is a far more popular platform than any Russian designed one for Russians, especially their young people, who are being manipulated to stage a color revolution, probably with the purpose of installing Schumer himself or Soros, more likely, as satrap over Russia, but that’s another story, also covered in Off-Guardian. But my point is that the powers behind Google’s YouTube have no desire to lose such a large market while serving the agenda of U.S. Intel agencies and their masters in fomenting revolution, bolstering propaganda, etc.) 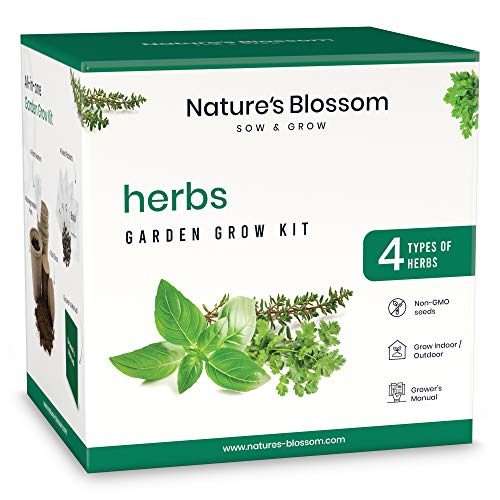 Mel Brooks, where are you when you’re needed? I am sure “Springtime for Schumer” would be a great hit, but it would never occur to you and probably you’re retired. Yes, the new fascists in charge—as Lew Rockwell wonderfully described years ago—are a cringe worthy and inadvertently funny lot, but that doesn’t mean they won’t set up gulags for those “domestic terrorists” who don’t comply with their edicts.

I confess years ago I was hopeful and supported Donald Trump but as Edward Curtin recently wrote:

Trump’s followers were betrayed the day he was sworn in, as Biden’s will be shortly unless they support a crackdown on civil rights, the squelching of the First Amendment, and laws against dissent under the aegis of a war against domestic terrorism.

I’m afraid that is so.  Censorship of dissent that is happening now will increase dramatically under the Biden administration.

Now we have the “insurrection,” also known as an attempted “coup d’état,” with barbarians breaching the gates of the sacred abode of the politicians of both parties who have supported bloody U.S. coups throughout the world for the past seventy plus years. Here is another example of history beginning as tragedy and ending as farce.

But who is laughing?

And there was one more tribute to Trump video by Russia, but perhaps adding that would be too much of a good thing?

I am. Yet please forgive my attempt at humor. This piece that Ron Unz republished also made me laugh, comparing Trump to a “manic-depressive madman named Sabbatai Zevi, aided by his loquacious PR flack, Nathan of Gaza, had declared himself the Messiah” and is titled “Donald Trump: Another False Messiah?” Here’s a tribute video to the Great One by RT: “Trump’s gone: Be honest, you’re gonna miss him.”

Even Saint Petersburg based commentator Dmitri Orlov got into the act with his attempt to write a modern “Screwtape” op-ed titled “World Satanic Society 2020 Year-End Report,” and unlike most of his work it’s not behind a paywall, but I think he does not believe in either God or the devil, so keep that in mind if you choose to read it. In any event, there are some chuckles to be had…as well as some shivers.

If the plans of those in charge weren’t so destructive, so soul wounding, so murderous, I’d have laughed even harder. Humor, I think, is a good defense—up to a point—against evil. 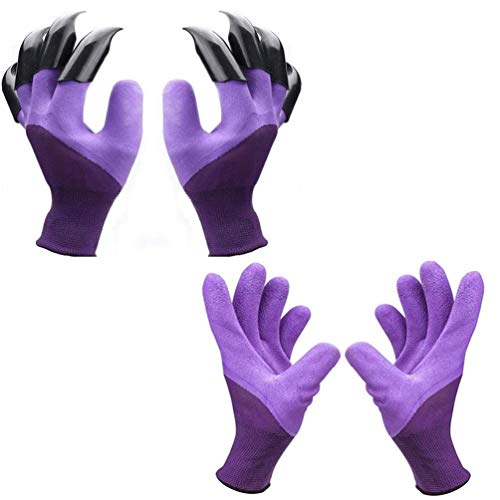 So let me return to the key question and my purpose: 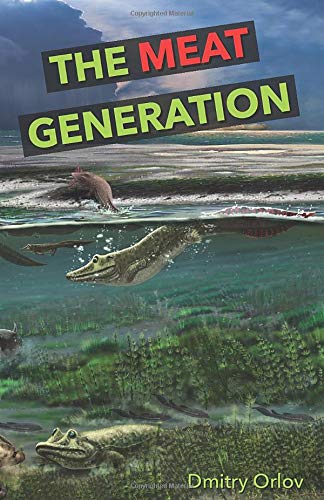 One recent story posted that is worth reading, regardless whether you are Orthodox, Christian or not, is “For Your Safety – Never Talk to Police!” Yet their most recent post titled “Exemptions to COVID Vaccines for Orthodox Christians” is what inspired me to write this piece, and to make it clear the information provided is not—in my opinion—exclusive to “Orthodox” Christians, and might be of use to even those who are not believers. The author also references this blog post on the “Vaccine Exception” for believers.

Regarding using a medical exemption, the author, who is a healthcare professional, writes:

Please consult a physician if seeking a medical exemption from vaccination. The following information is intended solely to guide your preparation for a medical consultation.

Below is a list from the FDA (download the PDF here) that illustrates the potential side effects of the COVID-19 vaccines which are of concern: 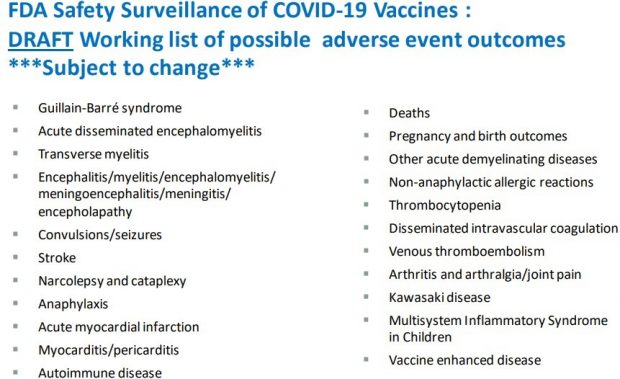 If you have ever had a severe vaccine reaction, anaphylactic shock from any cause (food or medicine), or even severe allergies from any cause, you could qualify for an exemption. In California, state health leaders just stopped using a batch of Moderna COVID-19 vaccines after allergic reactions at a San Diego vaccination site. This follows other documented problems with anaphylaxis elsewhere. As a known problem, this could be a good path to exemption if you are at risk. 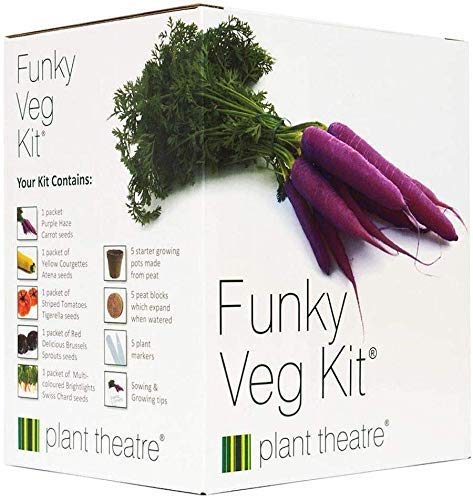 Certainly, the Harris-Obama regime is no respecter of religion, but the author makes these points and I pray all Christian readers—regardless of denomination—read the article in its entirety:

As an Orthodox Christian, you qualify for a religious exemption to the Pfizer and Moderna vaccines. (Assuming the law / regulations where you are recognize freedom of religion. If not, a medical exemption is a good back-up plan.) Be careful here, as using the wrong terminology can get you into an argument you might lose. In the case of both the Pfizer and Moderna vaccines, production of the vaccines was believed to have used cells that originated with an abortion. The cells, referred to as HEK 293s, were originally gleaned from a 1973 abortion in the Netherlands, and have since been reproduced in labs for various research purposes. If you attempt to use a religious exemption, you might be told that “a fetal cell line is not the same as fetal tissue.” Technically, that is correct – the vaccines do not use “fetal tissue” or “aborted tissue” or “baby tissue.”

So you may be told that there is a moral distinction between reproduced fetal cell lines and fetal tissue. You may even run up against quotes from Orthodox sources (scientists, theologians, priests, bishops) making the case that the remoteness of the connection to the abortion, and the perceived “greater good,” mean that Orthodox Christians can, in good conscience, take one of these vaccines…

If you choose to seek a religious exemption for one that does, we recommend putting emphasis on the following points:

·A connection to an abortion exists, no matter how far in the past 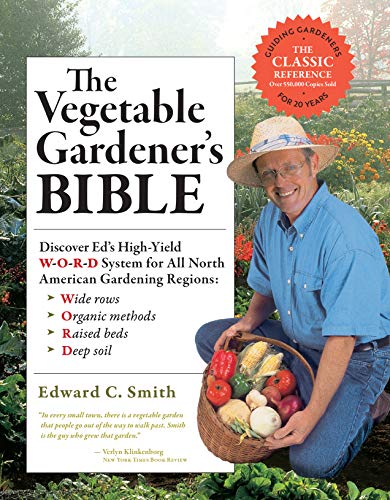 ·Your spiritual guidance in the Orthodox Church does not accept any of the arguments in favor of taking such a vaccine (You may be confronted with quotes from “Orthodox” sources supporting the vaccines. You need to ready. Make sure your actual spiritual father supports you on this before you need him.)

·As an Orthodox Christian, you must respect the laws of God over the laws of men. To do otherwise is a grave sin.

There May Still Be Consequences

Using one or both of these exemptions may keep you, or your children, from having to get one of these vaccines under certain circumstances. However, having the right to remain unvaccinated may not prevent all forms of discrimination. You may lose some of your rights, including the right to travel freely. There may be no getting around that, but as we noted, you are playing for time and who knows how things will go over the next few years.

There is a lot of anxiety surrounding us in these dark times, but our hope is in God and not worldly things. We would like to leave you with the encouragement of St. Paisios the Athonite:

“The answer to our anxiety is not drugs, alcohol, tranquilizers or psychiatric treatment. It will not be cured by Yoga, or some eastern meditation practice. The problem is that we have lost God at the center of our lives. Once we make our love for God the primary focus of our lives, and allow His Grace to work through us, then we will be comforted and embraced in His love—no matter what circumstance we encounter in life. All anxiety disappears. This is the aim of the Orthodox way of life: to put God first and seek the Holy Spirit. The anxieties of modern life are only symptoms of our separation from God.”

This video was posted on RT of a woman’s severe reaction after receiving the Pfizer vaccine, and no, CNN, Fox, MSNBC, NewsMax, OAN, CBS, ABC et al. did not report on it:

For those readers who are white perhaps you can justify delaying receiving the vaccine because you wouldn’t want to show “white privilege.” I hope the information I’ve provided—both the profane, to begin with, ending with the sacred—is helpful in enabling you to make the right decision on the vaccine…for you.