Where would Will Rogers be today? All he knew was what he read in the papers. If the reigning mediacrats had their druthers it wouldn’t be legal find out anything else. We are expected to believe that a vast, paranoid, racist conspiracy hovers like a sword of Damocles over the country. Anyone with ancestors from south of the Mediterranean or the Rio, east of the Marmara or the Urals runs a daily gauntlet posed by vigilante Caucasoids. Therefore it’s now necessary to socially penalize people who fail to notice the torch bearing lynch mobs on the prowl everywhere. Denying the rhetoric or presenting evidence to the contrary is considered the legacy of Josef Goebells.

The Saturday January, 3rd Washington Post featured the front page story DC becoming a hotbed for violent protesters. The article wildly skews coverage of the factions involved and is supported with contextually absent speculation. It starts in the first sentence:

“For years, West Coast cities have borne the brunt of violent confrontations between far-right extremists and counterprotesters who come to meet them.” 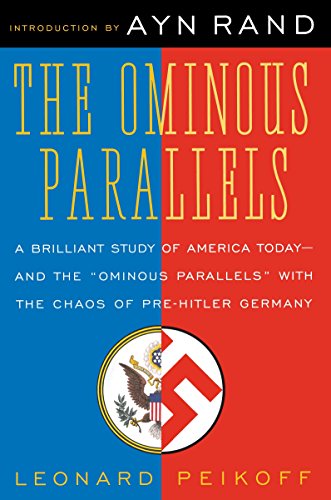 What “years” were these? Who is unaware that violent demonstrations of intolerance—in the new millennium and particularly last summer—have been the specialty of groups opposing free speech, legal consequences for criminals and private property? In the vast majority of cases the only ones coming to “meet them” are the police attempting to keep downtowns intact and bystanders safe from assault. A task they tend to fail at repeatedly. The so-called counterprotesters have become widely known for blocking traffic while damaging vehicles, arson and disruption of community life over any whimsical grievance spurring them on.

This is not to say that racist espousing groups aren’t a threat capable of violent acts. But the mere existence of such people—who comprise much smaller numbers and convene far less frequently –is being used to justify massive social upheaval by others well known to attack victims indiscriminately. Dailies purporting to provide hard news persistently lump all opposition to these hooligans as “far-right,” “white supremacy” and “fascism.” Any careful reading of the copy reveals nothing to justify the picture being painted.

Author Marissa J. Lang tells us, “Brawls broke out in Berkeley, Calif.” She strangely fails to include a date. It would have been helpful. The first Google hit—which is preceded by 6 videos—concerns clashes from March and April of 2017. Here is an SFGate, not known for its conservative slant, description of a typical incident:

“The fighting Saturday started even before the event began, with people throwing punches, swinging signs and tossing smoke bombs. Hundreds of people filled the park, with anarchists and counterdemonstrators far outnumbering what rally sponsors estimated were 60 to 75 Trump supporters.

By 3 p.m., the self-proclaimed anarchists were dominating the crowd. Dressed all in black and wearing cloth bandannas over their faces, they stopped traffic as they marched from the park through downtown with the smaller mix of Trump supporters and counterprotesters. In the park, people opposed to Trump threw eggs and burned both American flags and the red “Make America Great Again” Trump campaign hats.”

Does any reader remain in the dark as to why dates were omitted? Next, we hear, “White-supremacist rallies in Sacramento ended in bloodshed.” Without timely detail, once again, this could refer to a large event last December or much smaller one in June 2016. The problem is that no local coverer of the more recent event says anything about white supremacy. Could the reporter have a motive in the hope that vagary goes unchecked? 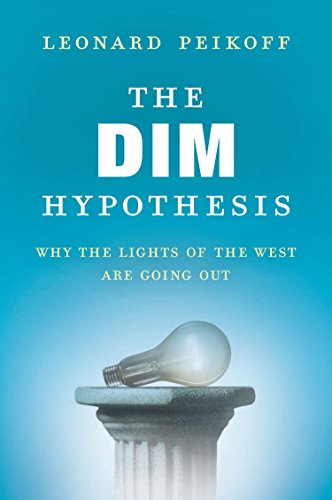 We are constantly doused with the presumption anyone at odds with antifa is on a racist mission—without any corroborative evidence. In the 2016 incident—when there was in fact a racist side—it was outnumbered 3 to 1 and generally on the defense. The entire crowd was estimated at 400. It hardly seems relevant next to larger scale rioting, erupting in at least 48 cities, which happened this year. Some of these lasted for months. Even if those events had not materialized—there’s little doubt that alarmist exaggerations of “right-wing” threats is bound to gin up the probability of physical confrontations.

Then we hear: “Violent clashes have become common in Portland, Ore. where gunfire broke out at demonstrations over the summer.” Yes, Marissa and who was overwhelmingly responsible? Preachers of the gospel of Che Guevara were the only ones welcome on those streets from June to September. Seattle, where the so-called CHOP zone enjoyed 6 weeks of the nation’s most violent crime rate per capita, was conveniently left out.

Lang gives aplenty from so-called experts who mostly remain nameless throughout the diatribe.

“Extremism experts who study the far-right warn that D.C. is on a path to become the next battle-ground in increasingly violent confrontations with left-leaning counterdemonstrators.”

How does this author arrive at the difference between “far” and merely “leaning”? The piece of 2500 odd-words includes numerous paragraphs of 100% subjective characterization. It’s the kind of prose that bears little distinction from creative fiction. The above quote is split at the jump which goes to the news section’s back page. The headline there throws a distinctly different shade from the title on page A-1: “Far-right see D.C. as opportunity for clashes, experts say.” The broad brush strokes that follow evince exactly where journalistic standards have fallen prey to naked propagandism.

“As Trump’s hopes of reversing the election results have faltered, those who falsely believe the election was stolen or fraudulent have grown increasingly angry and desperate.

Extremist groups intent on sowing chaos and division have capitalized on these feelings to recruit members and to spread disinformation, experts say. In online chat groups and forums, political rage and disbelief metastasizes into calls for violence.” 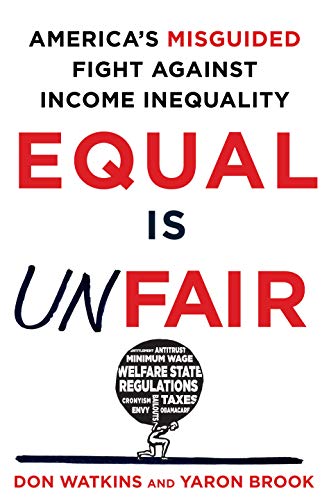 “[E]xperts say? Do they have names? Where do you serve an apprenticeship and come out an expert on sore losers? Why does Lang insist on loading a full page of a major daily with abstractions? Her word for “intent on sowing chaos,” capitalizing on “feelings to recruit members” and spreading “disinformation” isn’t reporting even if it was heard from someone she considers trustworthy. Specific description of actual behavior evincing such conclusions is what is expected from undergrads—but we get much less from the pros? Is management at the Post completely oblivious to the value of literalism?

We keep hearing about social media activity but actual quotations are few and far between. She does, finally, give us this one buried deep:

“At what point do armed Americans seize DC and start hanging politicians? It’s an honest question that is not without merit or precedence,” wrote a user in a post that was up-voted by other contributors more than 1,100 times.”

It sounds scary if you have zero familiarity with what is just as common, and violent, in social media exchanges particularly from the so-called “counterprotesters” she never seems to be counting. Searches don’t provide a scientific basis for concluding what ideological camps turn out the most violent rhetoric. But “1,100” is an awfully paltry number of up-votes in light of the antifa mobs that turned out in Chicago, Minneapolis, Seattle, Portland, Milwaukee and scores of other cities throughout the past year.

Strictly “news” copy was once expected to make a case in concrete examples. That way a reader might be led to a view he believed he found on his own. Post readers will never suffer that delusion. Conclusions can begin in the first sentence and continue for 25 paragraphs straight. Weren’t we all taught proper construction of literary exposition about 8th grade on? Did the University of Maryland rid itself of instructors who rolled their eyes at rants?

Generalizations were once frowned upon even in opinion sections. But here, and elsewhere in Bezos’ paper, innuendo, rather than factual detail, pervades: “Members of the Proud Boys, an all-male far-right extremist group with ties to white nationalism…” Well, what are these “ties” exactly? Washington Post editors don’t bother asking, hoping their highly erudite readership won’t either.

The Proud Boys, according to the ADL, are a gang of several hundred. Those are numbers that leave a wide reader indifferent to all the fuss. The group was founded by the heavily inked 50-year-old Canadian, Gavin McInness. They’ve been known to get rowdy—so do their, supposed, ideological opponents. Who, incidentally, outnumber the proud by at least thousands to one. It’s hard to see how the boys could do any tipping on the national scale of violence—if we were a predominantly Amish nation it’d be different. Whatever their inane goals are if authorities seek to quell the destruction and mayhem these oddballs belong very low on the list of priorities. 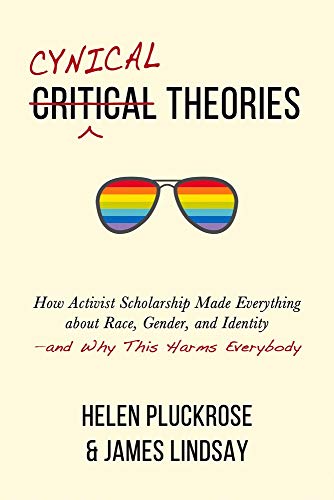 I first discovered McInnes in an article laying down the law to sissies. He found it necessary to tell cream puffs how to drink in bars and remain manly. It was just the kind of fare you’d expect from a scrawny, insecure guy trying to glue hair on his chest. Photos reveal a torso as sparse as a reptile’s. Those of us bearing more fur can skip his bumptious advice and order as we like without compunction. The media obsession with this anemic specimen and entourage fulfills his wildest dreams. Meanwhile, it’s the easily misled, who may glean from a variety of sources, who must keep an eye out for all that fake news that’s out of proportion.

It would take quite an expenditure of time and research to determine exactly when the tide turned as media openly began blessing some violent acts while condemning others. The trend has certainly amped up since 2016. Don Lemon and Chris Cuomo have granted violence in the name of woke-ism carte-blanche for years. The mere pretense of rage over police excesses is license to attack the country. The actual numbers on victimhood are never actually crunched on air. Taking everything into account they aren’t nearly so widely skewed as purported. The reasons actual stats are evaded are the same as Lang’s aversion to dates. They either loathe or are incapable of literal precision.

The US definitely has serious malfunctions of justice and accountability in the application of state force. But how long did it take CNN to notice what has been going on with police unions, the SWAT craze, “qualified” immunity or SCOTUS’ cavalier regard for the 4th amendment? Have they even yet? What coverage did they give to the Clinton era birth of the 1033 program? In any case, nearly every nation on this side of the Atlantic endures high levels of violent crime. Heavy-handed police presence is a natural consequence. But in perspective US numbers of citizen victims—from any demographic—are far below that of genocidal or police states. Major media awkwardly avoids any part of this equation. They don’t appear to have the talent to compute it. Coverage is a perpetual game of catch-up as things develop on these fronts.

Though media and academia would have it otherwise–few in this country consciously approve of racists and their self-destructive priorities. But the idea of setting hopped-up idlers out to pummel them doesn’t sound likely to weaken their resolve—in the unlikely event that actual bigots are their victims. Whether she realizes it or not—that plan is 100% of what is between the lines of Lang’s screed.

Previous article by Tim Hartnett: Spreading the Smear With Equity and Inclusion

Doctors Slash Covid-19 Mortality Rate From 5.8% to 3/10ths of One Percent With Telemedicine, Home TreatmentThe Presumption of Liberty