The Trump Ban: The Only Free Speech Zone for American Conservatives Is Russia

This is the moment Russia has been waiting for but it is unknown if those in the halls of the Kremlin even know that it is happening.

The only side that is going to really benefit from Big Tech’s war on free speech will be the Russians. In fact, it is really the Western elite’s deep hubris that has given Russia so many opportunities to become “russurgeant” after being crushed in the Cold War. Decades of questionable wars of “convenience” along with unending threats of destruction for anyone who dares question Washington have created a diverse group of scorned nations all willing to shake hands with Moscow. Making international agreements is a lot easier when no ideological strings are attached and no submission demanded. Thanks to incremental anti-Russian sanctions imposed because the pro-Washington Maidan didn’t take 100% of the territory of Ukraine, 1990s import addict Russia is now living a sober West-free lifestyle actually producing the things it needs to survive under Capitalism. And now, the blanket ban of Right Wing/Conservative figures over Social Media including the President of the United States himself is opening the door for Russian Social Media to explode onto the English-language online space. Without pettiness from within the American elite itself Russia could have never create this #migration of non-Russian speaking users to their sphere of electronic influence. But the big question is will the Russians actually understand this and jump on this truly unique opportunity? 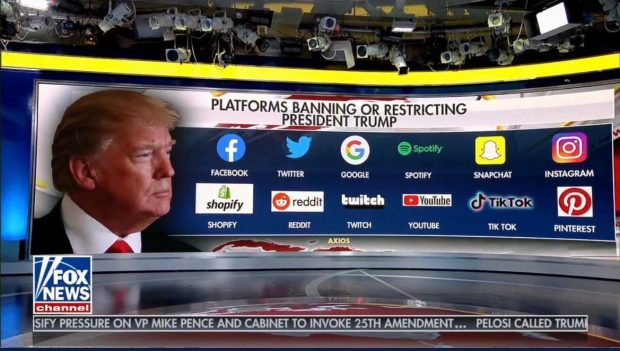 Image: A now iconic screenshot about the state of the 1st Amendment.

It seems impossible to believe but the present “leader of the free world” Donald Trump has been completely banned from the big Social Media giants for his role in the recent storming of Capitol Hill by the MAGAmen. It is important to note that Trump has never admitted to organizing the aggressive protest nor has he been convicted of inciting a riot in a court of law. Twitter, Facebook and others believe he did this and that is good enough evidence for them. For the morally self-righteous accusation is now as good as guilt. Furthermore, this ban extends to “allies of Trump” which could be anyone of the ~80 million who voted for him and foreign people who like his memes. Noted Conservative speaker Ron Paul was temporarily and inexplicably blocked for “violating community standards” which has become coded language for “we don’t like what you have to say on our platform”. Long story short, anyone for any reason at all, real or fake, can be completely and totally banned from the largest public spaces on the internet and the key victims of these purgings will be those with morals that conflict with Big Tech and the Beltway. 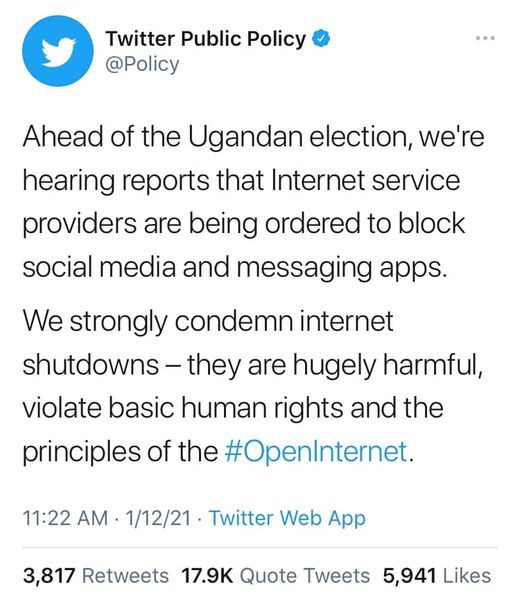 The obvious quick fix for Trump, who feels he is battling to save Democracy from a rigged 2020 electoral “loss”, would be to jump to alternative Social Media platforms across the “free market”. No one is stopping famous rich individuals like him from creating competitors to the big dogs right? Sadly for him, growing FB alternative Parler has been removed from the App Store because some people have used it to incite violence or something. The obvious irony of this is that on every platform there are people who say horrible things and call for the deaths of their enemies. But if a platform is big enough, and they agree with the given fatwa then it’s A-okay.

This complete lack of opportunity on America’s diverse free market has given the Russians the chance of a lifetime to pull every English-speaking conservative into their Social Media space. In fact within just 72 hours of this ban madness starting, Russian Social Media/Messenger Platform “Telegram” gained 25 million new users. This is unlikely to be a fluke or coincidence. Furthermore, this new member surge brings the total user base to healthy 500 million. It is important to note that there are only some 250 million+ Russian speakers on the planet and not all of them like to follow intellectual feeds and memes on Telegram. This means that the majority of Telegram’s audience are now not connected to Russia in any way. The platform has reached the critical mass needed to become a mainstay of daily life across the globe. 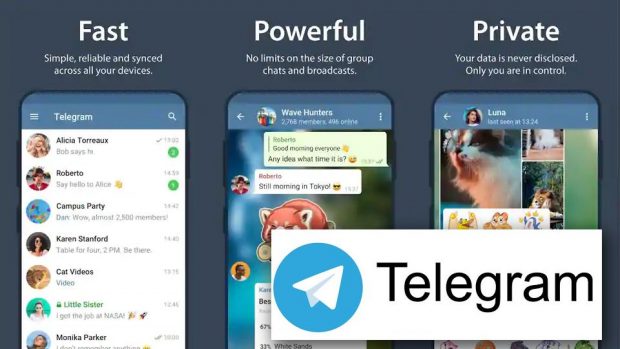 The Telegram product combines the ability to make feeds of content like a Facebook group, make big statements like Twitter and message easily like on Whatsapp. It is a program that stands on its own merits, but it’s promise of complete privacy and offer of freedom of speech to 21st century dissidents on the wrong side of the Berlin Wall Museum is what made it explode. It is the absurd hypocritical policies and witch hunts of Western elites that are handing Russia the hearts and minds of the EU/USA on a platter. If you want privacy, and the right to share the opinions of the American President online, as of today you can only go through Russia.

This is similar to the rise of RT. Most people want to hear their own news from within their own culture, but when the Mainstream Media preaches utter madness that even children find mental in it is not surprising that Russian news media became such a hit. People want high quality, professional, reasonable news media and you are 100 times more likely to see that on a given day on RT than CNN, the BBC or the other big boys. Those media giants had the ball in their hands, and they somehow managed to drop it right into their own end zone for the Russians to just fall on. 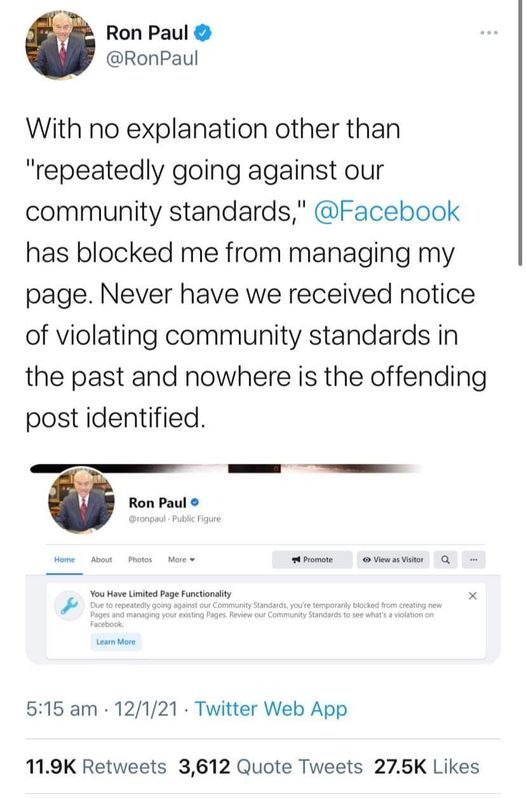 During the Cold War, thanks to the dismal state of Soviet media, the youth of the USSR was listening to Radio Freedom and doing anything that it could to jump into the Western media sphere of influence. It was simply the better alternative that gave them breathing room to think about life without a framed Lenin picture in the background. Now it looks like Pat Buchanan, Ron Paul, and Donald Trump will be forced onto an expanding Russian side of a social media geopolitical space. This will act like the same type of media “beachhead” that America had in the Soviet Union during the Reagan years. 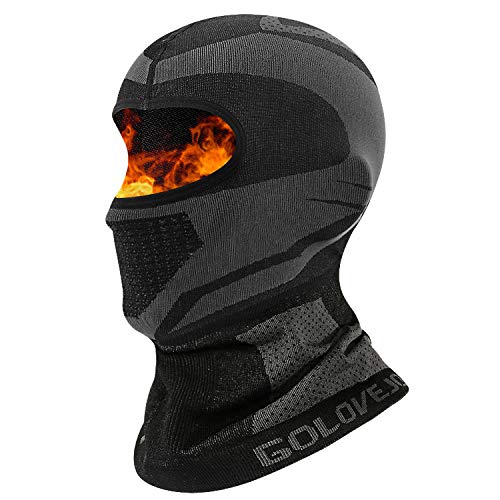 Telegram is a massive messenger that can replace WhatsApp and Twitter for many users. The Russian equivalent of Facebook, VK.com has been more reluctant to accept its destiny. I have approached their management personally bringing to their attention the fact that a massive Western Convservative audience is being repressed and will jump to a new platform for freedom of speech given the knowledge that such a platform exists. Especially when that platform can and does do everything that Facebook is capable of. My words were met with the usual hopeless pessimism that defines the Russian nation. In America we say “if you build it they will come” in Russia the logic is “if it has not been built, it can’t be and we shouldn’t think about it”. Perhaps with this new development they will reconsider my offer. I could use a percentage of a massive advertising campaign to attract the hordes of Conservative shows and blogs that have been deplatformed. VK, now is your time, they are giving you millions of English-speaking subscribers, just fall on the damn ball.

In terms of YouTube Russia does have an equivalent called RuTube (and some Netflix-like services) but it is not even that popular inside of the country itself. This would really be a good time for gents in the Kremlin to invest in a free speech video platform to win hearts and minds in the countries that threaten to kill them most often. As someone who has been deplatformed I would much appreciate the opportunity to make some fair and square ad revenue without the fear of using YouTube no-no words like “Depression”, “Brazil” and “Idaho”.

This is the moment Russia has been waiting for but it is unknown if those in the halls of the Kremlin even know that it is happening. The powers that be are not exactly filled with people from the media. Hopefully some of them will read this and realize just what a glorious opportunity Big Tech and the Democrats have given them. And since everything I write is banned anyways I’d be more than happy to run any attempts to absorb Western dissidents. It is not like these words are allowed to be posted on FB anyways.

Tim Kirby is an independent journalist, TV and radio host.

Gunning for PatriotsHow Soon Will the Left Eat Their Own?