The China lockdown of 50 million citizens overnight was a key element in the long-standing plan to foist a fake pandemic on humanity.

That lockdown provided the model for the rest of the world.

We are now in phase one of Lockdown Civilization.

The “scientific” rationale? THE VIRUS. The virus that isn’t there. The virus whose existence is unproven.

But the story line works: “We have to follow the China model because the pandemic is sweeping across the globe…” 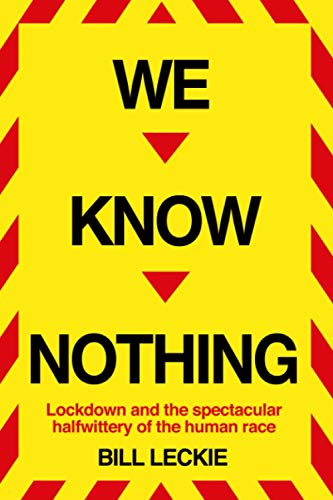 Close on the heels of this con job, we have the intro to phase two: “In order to deal with future pandemics, we must install a new planetary system of command and control; human behavior must be modified.”

Translation: wall to wall surveillance at a level never achieved before; universal guaranteed income for every human, tied to obedience to all state directives; violate those directives and income is reduced or canceled; the planting of nano devices inside the body which will broadcast physiological changes to central command, and which will receive instructions that modify mood and reaction…

Phase one lockdowns prepare the citizenry to accept phase two.

In other words, phase one had nothing to do with a virus. It was part of the technocratic revolution.

I call your attention to a stunning article in The Atlantic. “The Panopticon Is Already Here” (9/20), by Ross Andersen.

“Artificial intelligence has applications in nearly every human domain, from the instant translation of spoken language to early viral-outbreak detection. But Xi [Xi Jinping, president of China] also wants to use AI’s awesome analytical powers to push China to the cutting edge of surveillance. He wants to build an all-seeing digital system of social control, patrolled by precog algorithms that identify potential dissenters in real time.”

“China already has hundreds of millions of surveillance cameras in place. Xi’s government hopes to soon achieve full video coverage of key public areas. Much of the footage collected by China’s cameras is parsed by algorithms for security threats of one kind or another. In the near future, every person who enters a public space could be identified, instantly, by AI matching them to an ocean of personal data, including their every text communication, and their body’s one-of-a-kind protein-construction schema. In time, algorithms will be able to string together data points from a broad range of sources—travel records, friends and associates, reading habits, purchases—to predict political resistance before it happens. China’s government could soon achieve an unprecedented political stranglehold on more than 1 billion people.”

“China is already developing powerful new surveillance tools, and exporting them to dozens of the world’s actual and would-be autocracies. Over the next few years, those technologies will be refined and integrated into all-encompassing surveillance systems that dictators can plug and play.”

“China’s government could harvest footage from equivalent Chinese products. They could tap the cameras attached to ride-share cars, or the self-driving vehicles that may soon replace them: Automated vehicles will be covered in a whole host of sensors, including some that will take in information much richer than 2-D video. Data from a massive fleet of them could be stitched together, and supplemented by other City Brain streams, to produce a 3-D model of the city that’s updated second by second. Each refresh could log every human’s location within the model. Such a system would make unidentified faces a priority, perhaps by sending drone swarms to secure a positive ID.” 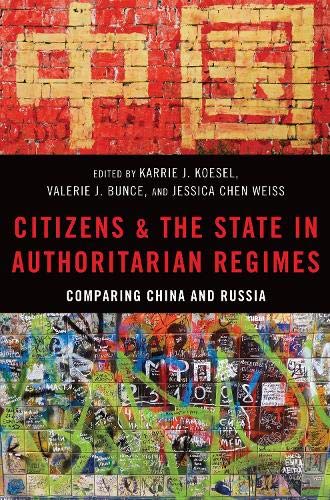 “An authoritarian state with enough processing power could force the makers of such software to feed every blip of a citizen’s neural activity into a government database. China has recently been pushing citizens to download and use a propaganda app. The government could use emotion-tracking software to monitor reactions to a political stimulus within an app. A silent, suppressed response to a meme or a clip from a Xi speech would be a meaningful data point to a precog algorithm.”

“All of these time-synced feeds of on-the-ground data could be supplemented by footage from drones, whose gigapixel cameras can record whole cityscapes in the kind of crystalline detail that allows for license-plate reading and gait recognition. ‘Spy bird’ drones already swoop and circle above Chinese cities, disguised as doves. City Brain’s feeds could be synthesized with data from systems in other urban areas, to form a multidimensional, real-time account of nearly all human activity within China. Server farms across China will soon be able to hold multiple angles of high-definition footage of every moment of every Chinese person’s life.”

“The government might soon have a rich, auto-populating data profile for all of its 1 billion–plus citizens. Each profile would comprise millions of data points, including the person’s every appearance in surveilled space, as well as all of her communications and purchases. Her threat risk to the party’s power could constantly be updated in real time, with a more granular score than those used in China’s pilot ‘social credit’ schemes, which already aim to give every citizen a public social-reputation score based on things like social-media connections and buying habits. Algorithms could monitor her digital data score, along with everyone else’s, continuously, without ever feeling the fatigue that hit Stasi officers working the late shift. False positives—deeming someone a threat for innocuous behavior—would be encouraged, in order to boost the system’s built-in chilling effects, so that she’d turn her sharp eyes on her own behavior, to avoid the slightest appearance of dissent.”

“If her risk factor fluctuated upward—whether due to some suspicious pattern in her movements, her social associations, her insufficient attention to a propaganda-consumption app, or some correlation known only to the AI—a purely automated system could limit her movement. It could prevent her from purchasing plane or train tickets. It could disallow passage through checkpoints. It could remotely commandeer ‘smart locks’ in public or private spaces, to confine her until security forces arrived.”

“Each time a person’s face is recognized, or her voice recorded, or her text messages intercepted, this information could be attached, instantly, to her government-ID number, police records, tax returns, property filings, and employment history. It could be cross-referenced with her medical records and DNA, of which the Chinese police boast they have the world’s largest collection.”

“The country [China] is now the world’s leading seller of AI-powered surveillance equipment. In Malaysia, the government is working with Yitu, a Chinese AI start-up, to bring facial-recognition technology to Kuala Lumpur’s police as a complement to Alibaba’s City Brain platform. Chinese companies also bid to outfit every one of Singapore’s 110,000 lampposts with facial-recognition cameras.

In South Asia, the Chinese government has supplied surveillance equipment to Sri Lanka. On the old Silk Road, the Chinese company Dahua is lining the streets of Mongolia’s capital with AI-assisted surveillance cameras. Farther west, in Serbia, Huawei is helping set up a ‘safe-city system,’ complete with facial-recognition cameras and joint patrols conducted by Serbian and Chinese police aimed at helping Chinese tourists to feel safe.” 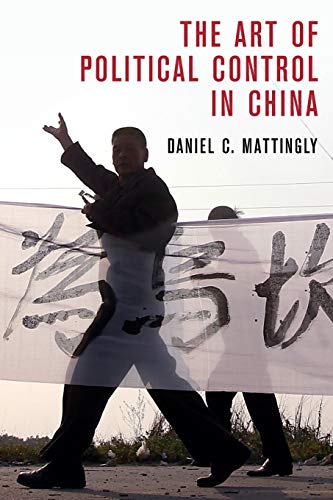 “In the early aughts, the Chinese telecom titan ZTE sold Ethiopia a wireless network with built-in backdoor access for the government. In a later crackdown, dissidents were rounded up for brutal interrogations, during which they were played audio from recent phone calls they’d made. Today, Kenya, Uganda, and Mauritius are outfitting major cities with Chinese-made surveillance networks.”

“In Egypt, Chinese developers are looking to finance the construction of a new capital. It’s slated to run on a ‘smart city’ platform similar to City Brain, although a vendor has not yet been named. In southern Africa, Zambia has agreed to buy more than $1 billion in telecom equipment from China, including internet-monitoring technology. China’s Hikvision, the world’s largest manufacturer of AI-enabled surveillance cameras, has an office in Johannesburg.”

“In 2018, CloudWalk Technology, a Guangzhou-based start-up spun out of the Chinese Academy of Sciences, inked a deal with the Zimbabwean government to set up a surveillance network. Its terms require Harare to send images of its inhabitants—a rich data set, given that Zimbabwe has absorbed migration flows from all across sub-Saharan Africa—back to CloudWalk’s Chinese offices, allowing the company to fine-tune its software’s ability to recognize dark-skinned faces, which have previously proved tricky for its algorithms.”

“Having set up beachheads in Asia, Europe, and Africa, China’s AI companies are now pushing into Latin America, a region the Chinese government describes as a ‘core economic interest.’ China financed Ecuador’s $240 million purchase of a surveillance-camera system. Bolivia, too, has bought surveillance equipment with help from a loan from Beijing. Venezuela recently debuted a new national ID-card system that logs citizens’ political affiliations in a database built by ZTE…”

That gives you a chilling outline of Lockdown, phase two.

Lockdowns were never about a virus or a pandemic.

Lockdown Civilization has been in the planning and development stage for a long time.

People say, “Why? Why are they doing this?”

The short answer is, because they want to and they can.

Technocrats don’t view life as life. They view it as a system, and this is their most comprehensive system to date.

Killer Stats What Did the Habsburgs Do for Us?