“The Centralization of Power Always Fails”

As we stand at the beginning of the new year, there’s a lot of hope by investors, business owners, citizens, all of us, that 2021 will be better than its predecessor. We all wish for an end to the pandemic, a return to normalcy, to social interactions and to productive life. However, as we all know, “wishing doesn’t make it so”, and being prepared for the risks and challenges ahead is a far more effective strategy than being willfully blind to them and hoping they’ll just magically go away.

In my efforts to identify those risks and figure out what a responsible investor can do about them, I asked Martin Armstrong, one of the most famous economic forecasters alive, to share his own views and outlook. It’s hard to overstate the quality and value of his insights. His record speaks for itself, as his analyses and forecasts have been proven accurate again and again. 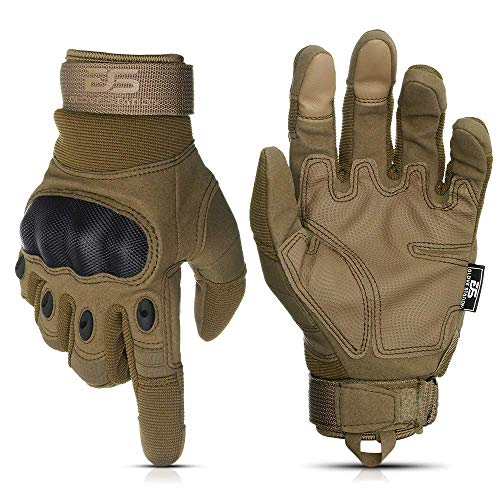 With over 40 years of experience in monitoring and forecasting market behavior and a deep understanding of monetary history, Martin has developed numerous proprietary models that identify market patterns, the most famous of which is his Economic Confidence Model. He predicted the 1987 Black Monday crash to the day, the 1989 Japanese stock market collapse, as well as the Russian financial crash in 1998.

His latest book, “The Cycle of War & the Coronavirus”, is a comprehensive, global review of the cycle of war and civil unrest throughout history that is especially relevant today.

Claudio Grass (CG): 2020 was a year that will likely find a special place in future history books, as we saw a lot of things happen for the first time, at least in our lifetimes. Do you see all these gigantic shifts and this entire COVID crisis as being indeed unprecedented, or can you identify parallels or similar crises from the past that we might perhaps learn from?

Martin Armstrong (MA): This is the beginning of political unrest similar to 1912, when the progressive movement resulted in the Republican Party splitting. Never before has government deliberately used a disease for political gain. Historically, you quarantined only those who were sick, not the entire nation. Evidence is abundant that the lockdowns have not reduced infections. New York suffered nearly 20% more deaths than Florida, which was not locked down in a draconian manner.

CG: When we look at the extent and the depth of the damage caused the lockdowns and the shutdowns, it’s really hard to see the bold recovery in 2021 that world leaders and institutions seem to be already celebrating. Unemployment levels, productivity metrics, bankruptcies, all paint the opposite picture. What is your outlook for the coming months and years? Can we really recover all this lost ground so swiftly?

MA: No, this has been the peak in the Western economy, which is deliberately being crashed for the sake of what they are calling “build back better”, to support the World Economic Forum’s “Great Reset,” which is their agenda for 2030. They believe that they can retrain people to adapt to a “green economy”. This took place during the Great Depression, as the economy moved from 40% agrarian to manufacturing. That resulted in 25% unemployment that was only reduced by going to WWII. I don’t believe that we will be able to recover fully until after 2037. You cannot rebuild an economy by changing the entire system in less than 26 years. Additionally, the elimination of fossil fuels is unrealistic. We lack the power grids, and even military jets could not be converted to electricity. 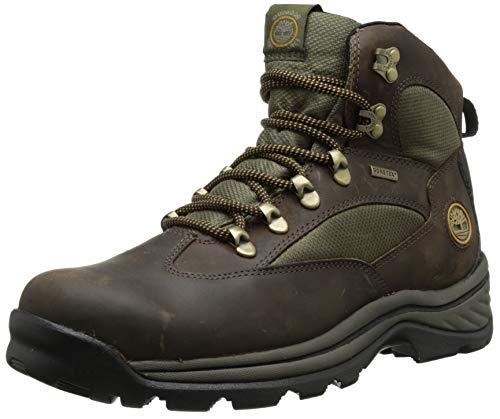 CG: One of the most striking measures that most governments took during this crisis was the extraordinary fiscal firepower they deployed to “support the economy”. From checks to citizens to “gift loans” to businesses, it was a kind of blind and indiscriminate spending that we haven’t seen before. Do you see an inflationary risk on the horizon and are there also other dangers that might result from these policies, politically or socially?

MA: The first impact is deflation. Increasing the money supply will not by itself create inflation unless the people spend the money. Because people fear the future, they are in a savings mode. This will shift and create inflation when the confidence in government collapses. That is when the shift to tangible assets historically takes place. Politically, we have moved from a democracy to socialism, which is now beginning to collapse because excessively low interest rates undermined pension funds and social programs.

The result of this returns to authoritarianism, as we are witnessing, with lockdowns designed more to prevent civil unrest. Socially, this increases the risk of war just as the excessive reparation payments upon Germany following WWI which harmed the German individual led to political change in 1933. Therefore, the social risk of civil unrest increases with economic declines. It is the economy which produces peace as long as everyone benefits, it is not nuclear arsenals. China, Japan, and Germany all benefitted from producing goods to sell to the American consumer that produced jobs in their homelands and the prosperity reduced the risk of war.

CG: Before this crisis, many conservative investors and observers were criticizing and often ridiculing the tenets of Modern Monetary Theory. We all saw the idea that “deficits don’t matter” as childish and simply untenable, and yet today it would appear to be the mainstream policy direction. For how long can this “print, borrow, spend, repeat” strategy hold?

MA: The Modern Monetary Theory (MMT) arose because of Quantitative Easing, which has prevailed since 2008, yet has failed to produce serious inflation or stimulate the economy. This was exacerbated by negative interest rates since 2014, causing people to invest in equities for returns unavailable in banks or bonds. People were unwilling to borrow and expand businesses while taxes were rising, and the future was uncertain. The capital formation that relied upon reasonable returns of interest was undermined and shifted into capital investment. The policies of central banks lowering rates were not passed on by the banks to the consumer. 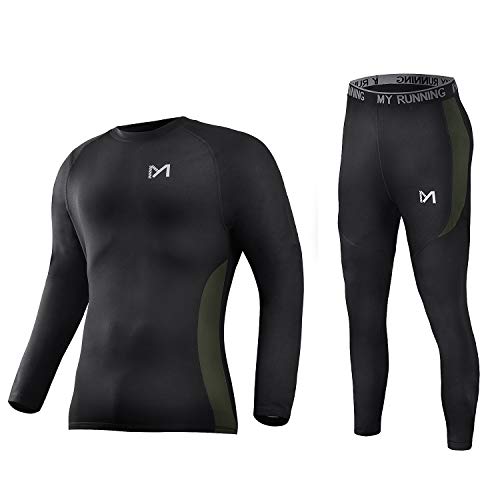 Therefore, the illusion of MMT has only exposed the fallacy of Keynesian economics that government can manipulate the economy by affecting the demand of consumers. People will pay 20% interest if they think they will double their money next year. But they will not pay 1% interest if they do not believe they can make 1% next year. So it is a question of confidence, not the empirical rate of interest. This policy of MMT is coming to an end here in 2021.

CG: At the beginning of the COVID crisis, the ease with which the global economy, international trade and travel were shut down was shocking to many citizens and business owners, but it is arguably even more disturbing to see these policies prolonged, in an “on and off” mode for all these months. Can we expect to see a reversal of these restrictions and a full reinstatement of all these rights that have been curbed or suspended due to the pandemic, or have we simply entered a “new normal”?

MA: We have entered a “new normal”, because these lockdowns and restrictions are being imposed for economic reasons. The 1969 Hong Kong flu killed four times the number of people compared to COVID. Yet, there were no lockdowns, and the concert festival known as Woodstock took place in the middle of that pandemic. This is being driven to address what they call a climate crisis with the object of preventing people from commuting to work, travel for tourism, and to shift from fossil fuels to clean energy. This is why we are seeing the imposition of COVID vaccine certificates to be able even to travel. Those who resist the vaccine are deemed non-conformists and singled out much as the case was under Stalin in Russia.

CG: Looking at the US, this last year was exceptionally hard for the nation, with riots and widespread political frictions and unrest. The election was heated, contested and very bitter, but do you think the change of guard will serve to pacify those tensions, as mainstream analysts and pundits predicted?

MA: No way. Many now see this as racism. During the Black Lives Movement, the police were told to stand down, whereas Trump supporters are discriminated against. This is being reported as a rise in white supremacy even in the military. There is a wrong assumption that impeaching Trump will simply lead to disbanding his supporters. What is not being looked at closely is that Trump was simply there at the right time. His supporters have been a long growing populist uprising against career politicians. This stretches back long before Trump, through Pat Buchanan, Ross Perot, Barry Goldwater, George Wallace, Huey Long, William Jennings Bryan, and Andrew Jackson. So, it is unlikely that the removal of Trump will result in quieting this resentment. If anything, it will only confirm their convictions. 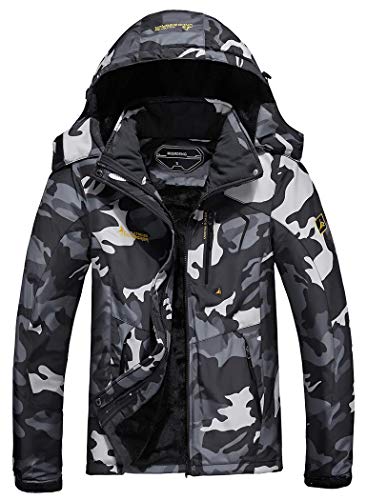 CG: During this whole ordeal, we’ve witnessed serious attempts by governments and international organizations to expand their reach and to further centralize power. But we also saw an opposing force, by private businesses and individuals who saw an opportunity for decentralization, with the most obvious example being the mass exodus from many urban centers and a significant increase of people deciding to try and start their own small business. Which force do you think is more likely to prevail?

MA: Historically, the centralization of power always fails. When the Russian Revolution took place, they seized all private assets, including farms. The decisions of when to plant crops then became bureaucratic, which resulted in catastrophic crop failures. Stalin then stole the food from Ukraine, killing 7 million people in the process. Throughout history, centralized planning always fails. The movement to the suburbs took place in ancient Rome from which we derive even the term from “suburbium” as the population declined from 1 million to 15 thousand.

CG: For conservative investors that are focused on protecting and preserving their wealth, the current market conditions appear to be very challenging. How can one still invest soundly, with a long-term view, in an environment where markets are roaring to new highs just as the real economy crumbles to new lows?

MA: The shift into equities has been the shift in confidence from government to private. From a long-term perspective, the tangible assets survive such transitions, from real estate, art, and collectibles to precious metals. They tend to make the transition in these shifts from public to private.

CG: On this topic of protection and “insurance” for investors, what is your outlook on real assets and on physical precious metals in the months and years to come?

MA: The problem with gold has been government regulation and their war against private assets. Before, one could travel with a briefcase full of gold, but that is no longer possible. So, the mobility of tangible assets has been largely circumvented. The mobility of other tangible assets, such as equities, will eventually be targeted in the transition toward digital currencies. 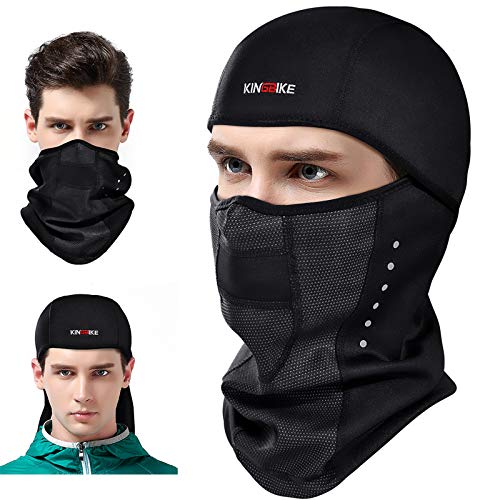 CG: Overall, what would be your advice to investors, savers and ordinary citizens in navigating these uncertain times? Is the worst behind us and we should focus on rebuilding and recovering? Or is it yet to come and we should brace for impact?

MA: We should be bracing for impact, because the abuse of governments in this attempt to redesign the world economy with “Build Back Better” will lead to serious disruptions economically. We will see a decline in economic growth and a rise in civil unrest globally, which in some countries will lead to revolution and the increasing risk of a world war after 2024.

Fauci: Mandatory Vaccines, Vaccine Passports? ‘Anything Is Possible’A Warning for the Vaccine-Hesitant