With Biden's New Threats, the Russia Discourse is More Reckless and Dangerous Than Ever

The U.S. media demands inflammatory claims be accepted with no evidence, while hacking behavior routinely engaged in by the U.S. is depicted as aberrational.

To justify Hillary Clinton’s 2016 loss to Donald Trump, leading Democrats and their key media allies for years competed with one another to depict what they called “Russia’s interference in our elections” in the most apocalyptic terms possible. They fanatically rejected the view of the Russian Federation repeatedly expressed by President Obama — that it is a weak regional power with an economy smaller than Italy’s capable of only threatening its neighbors but not the U.S. — and instead cast Moscow as a grave, even existential, threat to U.S. democracy, with its actions tantamount to the worst security breaches in U.S. history.

This post-2016 mania culminated with prominent liberal politicians and journalists (as well as John McCain) declaring Russia’s activities surrounding the 2016 to be an “act of war” which, many of them insisted, was comparable to Pearl Harbor and the 9/11 attack — the two most traumatic attacks in modern U.S. history which both spawned years of savage and destructive war, among other things.

Sen. Jeanne Shaheen (D-NH) repeatedly demanded that Russia’s 2016 “interference” be treated as “an act of war.” Hillary Clinton described Russian hacking as “a cyber 9/11.” And here is Rep. Jerry Nadler (D-NY) on MSNBC in early February, 2018, pronouncing Russia “a hostile foreign power” whose 2016 meddling was the “equivalent” of Pearl Harbor, “very much on par” with the “seriousness” of the 1941 attack in Hawaii that helped prompt four years of U.S. involvement in a world war.

With the Democrats, under Joe Biden, just weeks away from assuming control of the White House and the U.S. military and foreign policy that goes along with it, the discourse from them and their media allies about Russia is becoming even more unhinged and dangerous. Moscow’s alleged responsibility for the recently revealed, multi-pronged hack of U.S. Government agencies and various corporate servers is asserted — despite not a shred of evidence, literally, having yet been presented — as not merely proven fact, but as so obviously true that it is off-limits from doubt or questioning. 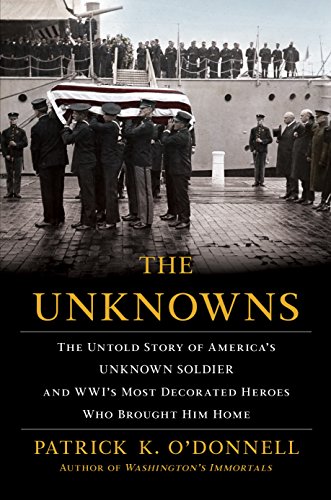 Any questioning of this claim will be instantly vilified by the Democrats’ extremely militaristic media spokespeople as virtual treason. “Now the president is not just silent on Russia and the hack. He is deliberately running defense for the Kremlin by contradicting his own Secretary of State on Russian responsibility,” pronounced CNN’s national security reporter Jim Sciutto, who last week depicted Trump’s attempted troop withdrawal from Syria and Germany as “ceding territory” and furnishing “gifts” to Putin. More alarmingly, both the rhetoric to describe the hack and the retaliation being threatened are rapidly spiraling out of control.

Democrats (along with some Republicans long obsessed with The Russian Threat, such as Mitt Romney) are casting the latest alleged hack by Moscow in the most melodramatic terms possible, ensuring that Biden will enter the White House with tensions sky-high with Russia and facing heavy pressure to retaliate aggressively. Biden’s top national security advisers and now Biden himself have, with no evidence shown to the public, repeatedly threatened aggressive retaliation against the country with the world’s second-largest nuclear stockpile.

Parent Versus Pediatrician: An Open Vaccine DebateOntario (Canada) Admits Labelling Deaths as Covid When They’re Not a Result of Covid