Israel’s Gift to Joe Biden, 52 Days Before He Even Takes Office: War with Iran

By killing Fakhrizadeh, Israel is doing its best to ensure that, for Biden, that military action is the only viable option available

The assassination of Tehran’s top nuclear scientist is a ploy by Israel to compel the likely US president-elect to reject diplomacy and choose military action to deal with Iran’s nuclear ambition. Which option will he choose?

Mohsen Fakhrizadeh was the shadowy father of Iran’s nuclear program; his existence, let alone his work, was barely acknowledged by Iran. A brigadier general with the Islamic Revolutionary Guard Command, Fakhrizadeh was involved in the academic aspects of Iranian national security, eventually heading up the Physics Research Center, where he masterminded the design and material acquisition in support of Iran’s uranium enrichment effort.

In April 2018, Israeli Prime Minister Benjamin Netanyahu named Fakhrizadeh as the head of a covert military dimension to Iran’s nuclear program, something Iran has vociferously denied. On Friday, November 28, 2020, the 62-year-old scientist was assassinated just outside the Iranian capital of Tehran. While no one has taken credit for his murder, Iran has placed the blame for his death squarely on Israel. 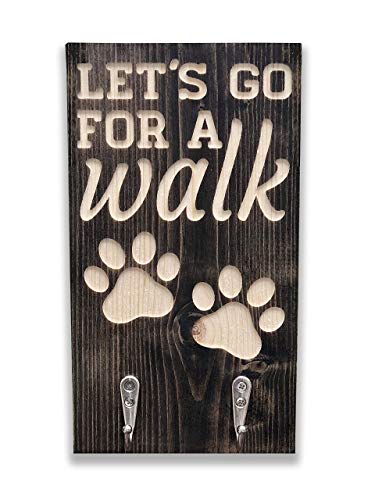 At the time of his death, Fakhrizadeh was the head of the Research and Innovation Organization (RIO), part of the Iranian Defense Ministry. A June 2020 report on nonproliferation published by the US Department of State alleged that Fakhrizadeh used the RIO “to keep former weapons program scientists employed … on [nuclear] weaponization-relevant dual-use technical activities … to aid in any future nuclear weapons development work in the event that a decision were made to resume such work.”

This belief, when combined with Iran’s decision to cease abiding by the provisions of the landmark 2015 Joint Comprehensive Plan of Action (JCPOA, better known as the Iran nuclear agreement) regarding the stockpiling of low-enriched uranium and the use of advanced centrifuges to enrich uranium, had the de facto effect of signing Fakhrizadeh’s death warrant.

The JCPOA-imposed restrictions were designed with a one-year ‘breakout’ scenario in mind – in short, the time it would take Iran to produce enough highly enriched uranium to create a single nuclear device once the decision was made to cease adhering to restrictions on the numbers and types of centrifuges it could operate, the level of enrichment permitted, and the amount of low-enriched uranium allowed to be stockpiled.

In May 2019 – one year after President Donald Trump withdrew the US from the JCPOA – Iran began pulling back from its commitments under the agreement, citing its right to do so under Articles 26 and 36 of the deal, which allow a party to the agreement to cease its obligations if another party is found to be in noncompliance; Iran maintains that the failure of Europe to live up to its economic commitments under the JCPOA constituted demonstrable noncompliance. The end result is that today the ‘breakout’ period has shrunk to a few weeks.

For the Trump administration, Iran’s noncompliance with the JCPOA had placed it in a quandary; the policy of sanctions-based ‘maximum pressure’ which had been instituted since 2018 was clearly not working when it came to the goal of compelling Iran to return to the negotiation table and hammer out a new, more restrictive nuclear deal.

Having gone on record regarding its belief that Iran continued to maintain covert nuclear weapons ambitions, the Trump administration was confronted with the reality that it had, according to its own beliefs, empowered Iran to produce a nuclear weapon in a time frame that posed a direct threat to the US and its regional allies, in particular Israel and Saudi Arabia. This concern was behind recent press reports that President Trump was considering military options against Iran’s nuclear program. 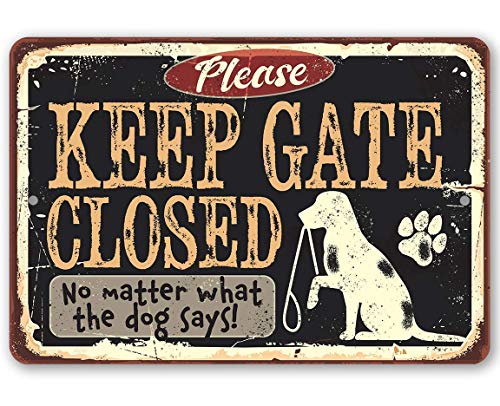 While much of the intelligence underpinning the US and Israeli assessments regarding the existence of a nuclear weapons program are derived from sources of questionable provenance and are not conclusive, Israel has taken an absolutist posture; it’s given credence to sources that otherwise might be consigned to the bottom drawer.

In its effort to win support for this position, Israel has exaggerated – even fabricated – intelligence on Iran, undermining its credibility to such an extent that, when Israel reported that its intelligence stole a nuclear archive from Iran in early 2018, the veracity of this claim was called into question after documents previously held to have been forged were claimed to be part of the document trove.

Israel’s actions against Iran’s nuclear program have been anything but passive; in 2009-2010, Israel worked with US intelligence to launch a cyberattack using the Stuxnet virus to infect Iranian centrifuge operations at Natanz. This was followed by a program of targeted assassinations which killed four Iranian nuclear scientists between 2010-2012 (a fifth attack narrowly missed killing the head of the Iranian Atomic Energy Organization).

Israeli intelligence is also said to be behind a series of mysterious explosions at Iranian nuclear-related facilities earlier this year which caused significant damage and disruption to Iran’s centrifuge program. While Israel has not taken responsibility for the assassination of Mohsen Fakhrizadeh, his murder can logically be viewed as a continuation of Israel’s efforts to degrade Iran’s nuclear capabilities.

Joe Biden is no stranger to the active measures taken by Israel in this regard. As vice president, he sat in on critical meetings regarding the deployment of the Stuxnet virus. He was fully cognizant of the pressure being placed on President Obama regarding military action against Iran, and understood the role played by the assassination of Iranian nuclear scientists in ratcheting this pressure up.

Jake Sullivan, who served as Biden’s national security advisor while he was vice president, played a critical role in the early negotiations with Iran that made the JCPOA possible. Biden knew full well that the JCPOA was a diplomatic off-ramp for a policy path that otherwise would have led to war. Biden is intimately familiar with the calculations behind the ‘breakout’ timelines, and the decision that was made to de-emphasize the concern over Iran’s alleged military interest in nuclear weapons.

The assassination of Fakhrizadeh is a calculated act on the part of Israel. His death has no real impact on Iran’s nuclear activities – a new generation of Iranian scientists has long since been educated, trained and employed in a program that is far more advanced and mature than the one Fakhrizadeh started more than 20 years ago. Psychologically, however, his murder – carried out in broad daylight in the heart of Iran – has dealt a psychological blow to Tehran’s leadership, once again proving that the long arm of Israeli intelligence can get to just about anyone. 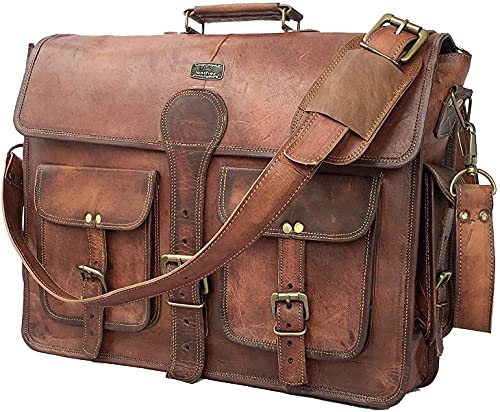 But its most critical impact is the effect it will have on the national security team surrounding presumed President-elect Joe Biden. Biden and his team have been paying lip service to the notion of rejoining the JCPOA. However, the preconditions they have attached to such an action  – Iran would have to return to full compliance first, and commit to immediate follow-on negotiations on a deal that would be more restrictive – were widely seen as a deal-breaker. The fact is, many of Biden’s closest advisers – including Secretary of State-designee Antony Blinken and National Security Advisor-designee Jake Sullivan – have indicated that Biden may have no choice but to continue the Trump policy of sanctions-based ‘maximum pressure’.

For Israel, such a policy – while an improvement over rejoining the JCPOA – is not acceptable. From its perspective, ‘maximum pressure’ has not only failed to compel Iran to the negotiation table, but has also positioned Iran to be on the cusp of developing a nuclear weapons capability.

The assassination of Fakhrizadeh serves two main purposes. First, it hardens the resolve of Iran when it comes to any potential flexibility it might have been prepared to have with Biden regarding a resolution to the nuclear standoff, with Iranian Supreme Leader Ali Khamenei directing Iranian scientists “[t]o follow up Martyr Fakhrizadeh’s scientific and technical activities in all fields in which he was active.” The idea that Iran would seek to compromise with the US in the aftermath of Fakhrizadeh’s murder is, to put it bluntly, absurd.

But the most important purpose behind the killing of Fakhrizadeh is to create a fait accompli when it comes to policy options being considered by a future Biden administration. Rejoining the JCPOA is likely a non-starter – Iran will never agree to the many preconditions sought by Biden and his advisers.

Likewise, continuing Trump’s program of ‘maximum pressure’ is not a politically viable option, given the advanced state of the Iranian nuclear program and the impact this has on the all-important ‘breakout window’ that underpinned, from the US perspective, the legitimacy of the JCPOA. The same contingencies being confronted by the Trump administration regarding the possibility of US forces attacking Iran’s nuclear infrastructure will be confronted by President Biden on his first day in office. By killing Fakhrizadeh, Israel is doing its best to ensure that, for Biden, that military action is the only viable option available.

This originally appeared on Common Dreams.

Scott Ritter is a former US Marine Corps intelligence officer and author of "Scorpion King: America's Suicidal Embrace of Nuclear Weapons from FDR to Trump" (2020). He served in the Soviet Union as an inspector implementing the INF Treaty, in General Schwarzkopf’s staff during the Gulf War, and from 1991-1998 as a UN weapons inspector. was a Marine Corps intelligence officer from 1984 to 1991 and a United Nations weapons inspector in Iraq from 1991 to 1998. His other books include: "Dealbreaker: Donald Trump and the Unmaking of the Iran Nuclear Deal" (2018) and "Endgame: Solving the Iraq Crisis" (2002). Follow him on Twitter @RealScottRitter

The Lion and the Lamb 2021 Is Already Optimized for Failure