Walter Williams+ and the Euphemism Treadmill

Some 25 years ago, he used to debate a liberal civil rights activist named Claude Lewis on a local news show in Philadelphia. On one occasion, Lewis referred to Williams as “African American.”  Williams replied, “I’m not African American,” and laughed in his distinctive deep-throated way.

He went on to give a brilliant off the cuff history of the Euphemism Treadmill as it applied to him.

He said he used to be colored. Then he was a negro. Then he was black. Then he was African American. He told Lewis that he stopped at black and decided to get off the merry go round there.

It was delightful and illustrative.

This hypersensitivity to language, where euphemisms themselves become antiquated and considered rude in favor of other euphemisms – becomes downright Orwellian. And it is worse now than it was even when Walter Williams exited the merry go round. 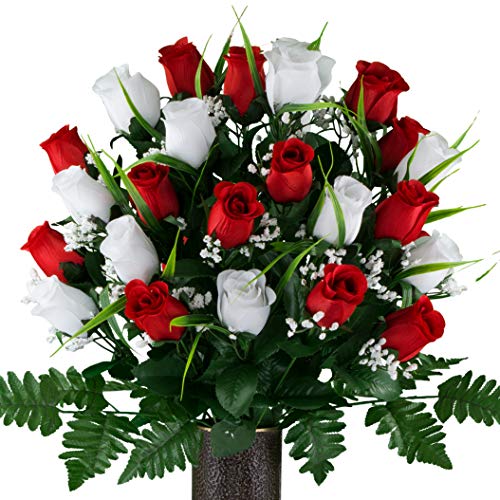 Examples abound.  The word ‘toilet’ fell out of favor because it sounds rude. But it was actually a euphemism for older words. This is why we now have bathrooms with no baths, restrooms with no places to rest, and powder rooms with no powder. We also have generic ‘facilities.’ What confusion for students of English.

Here is a helpful section from Wikipedia with more detail about this very example of the Euphemism Treadmill:

This language game is also a way for smug, Pharisaic people to show off their sense of superiority to others. I remember when the word ‘Neanderthal’ changed pronunciation, and anyone who pronounced the ‘TH’ sound was, well, a Neanderthal.

The target is constantly moving.  When I was very young, probably about 1970, I made reference to a black guy.  My well-intentioned aunt scolded me and told me to say “colored” instead.  It turns out that she was already well behind the curve to which Dr. Williams referred.  The Overton Window had already closed on her fingers.  The boys in our neighborhood used to play a game called “smear the queer” – which was basically to throw a football around like a rugby ball and tackle and pile on the ball carrier until he gave up the ball.  There were no teams and no score.  I mentioned the game to my mom,   who told me not to say “queer” because it was rude.  Of course, today, the Acronym includes the Q for “Queer.”

The word “gay” is a classic case in point.  We still dust off its older usage when we sing “Deck the Halls.”  “Gay” used to be considered a slur, but it too is now part of the Acronym.

And at some point, Pakistan became Pah-kee-stahn for those in the know, and The Sudan and The Ukraine lost their definite articles among the truly sensitive of our species. It is also trendy to pronounce “Puerto Rico” and “Nicaragua” with a Hispanic accent, but the same people don’t pronounce “Québec” like a native, nor to they speak of getting a direct flight to “Frahnk-foort.”

The rules make no sense and follow no logic.  The word “oriental” – which simply means “eastern” – has become taboo.  Never mind the fact that the Japanese word for Japanese means people of the rising sun (which in Latin, when applied to the compass, is “oriens, orientis“), or that their flag depicts, well, a rising sun.  But “oriental” is okay sometimes.  Oriental people are not okay; oriental rugs are.  Oriental salads are a gray area.  But nobody takes umbrage with the opposite word “occidental” or its literal translation of “western” (though the idea of western civilization itself is under attack).  It’s all very confusing.

Moreover, Frenchman, Englishman, and Irishman are okay; Chinaman is not.  A professor who uses the word “niggardly” may well find himself losing his tenure and his job.  We live in Alice’s Wonderland under the capricious reign of the Queen of Hearts and the linguistic confusion of Humpty Dumpty:

Humpty Dumpty smiled contemptuously. ‘Of course you don’t — till I tell you. I meant “there’s a nice knock-down argument for you!”‘

‘When I use a word,’ Humpty Dumpty said, in rather a scornful tone, ‘it means just what I choose it to mean — neither more nor less.’

‘The question is,’ said Alice, ‘whether you can make words mean so many different things.’

‘The question is,’ said Humpty Dumpty, ‘which is to be master — that’s all.’

These language games are just a merry go round designed to assert a sense of moral superiority over others, a neo-Gnostic “us vs. them” desire for cultish peer acceptance, as well as self-serving outrage – which is the gold standard of the realm in our current culture dominated by Cultural Marxism and the pseudoscience of Intersectionalism.

In 1946, George Orwell addressed the political use of language in his essay “Politics and the English Language.”  And of course, this theme of controlling thought by controlling language is one of the great themes in 1984.

Like the late Dr. Williams, we should mock this kind of Orwellian language policing and get on with our lives. I believe it was 1995 when I met Dr. Williams and presented him a certificate of appreciation from the Sons of Confederate Veterans.  We had a lovely chat, and he told me about his beloved grandmother in Virginia who was fiercely loyal to the confederacy.  Dr. Williams had a confederate battle flag in his office, and spoke and wrote eloquently about the constitutional rectitude of secession.  Dr. Williams didn’t care if people were offended, and in fact, he took pleasure in making people think.

And now is a great time to review the voluminous writings and books of Walter Williams, and to revel in his wisdom and wit – not to mention to push back against political correctness and language policing and all forms of mob-based stifling and stultification of thought and speech.

And when someone is outraged by a word or thought that I have used, I enjoy saying, “There’s more where that came from.”  It’s good for people to be offended.  It broadens their horizons.  They should thank us for it, even as we thank God for Dr. Walter E. Williams and our God-given liberties that he championed.

22 Scientists Publish Paper Saying the PCR Test Is ‘Useless’ for Detecting Covid-19 Cases According to This Government, All Americans Are Terrorists, and Will be Treated as Such