The Greatest Hoax Ever Perpetuated on an Unsuspecting Public

According to Dr. Roger Hodkinson, one of Canada’s top pathologists and an expert in virology, the COVID-19 pandemic is the “greatest hoax ever perpetrated on an unsuspecting public.” Hodkinson made these blunt statements during a zoom conference with an Alberta Community and Public Services Committee (see video above).

Hodkinson is the CEO of Western Medical Assessments, a biotech company that manufactures COVID-19 PCR tests, so “I might know a little bit about all this,” he said, adding that the entire situation represents “politics playing medicine,” which is “a very dangerous game.”1

He stressed that PCR tests simply cannot diagnose infection and mass testing should therefore cease immediately. He also pointed out that social distancing is useless as the virus “is spread by aerosols which travel 30 meters or so.” As for face masks, Hodkinson stated that:

“Masks are utterly useless. There is no evidence base for their effectiveness whatsoever. Paper masks and fabric masks are simply virtue signaling. They’re not even worn effectively most of the time.

It’s utterly ridiculous. Seeing these unfortunate, uneducated people — I’m not saying that in a pejorative sense — seeing these people walking around like lemmings obeying without any knowledge base to put the mask on their face … Nothing could be done to stop the spread of the virus besides protecting older more vulnerable people.”

Hodkinson is far from alone in his assertions. For example, Michael Yeadon, Ph.D., a former vice-president and chief scientific adviser of the drug company Pfizer and founder and CEO of the biotech company Ziarco, has spoken out about how fraudulent PCR testing is being used to manufacture the appearance of a pandemic that doesn’t really exist. 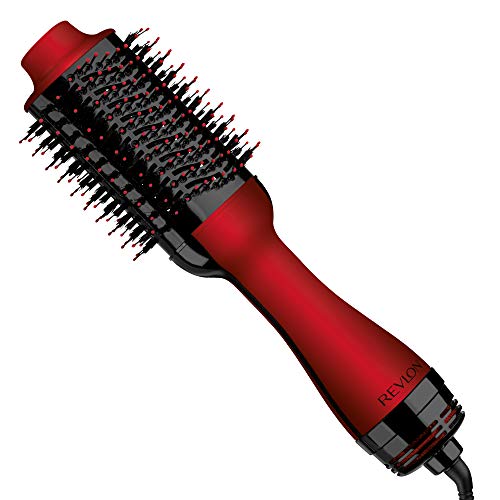 As I explained in “Asymptomatic ‘Casedemic’ Is a Perpetuation of Needless Fear,” by using PCR testing, which cannot diagnose active infection, a false narrative has been created.

I’m calling out the statistics, and even the claim that there is an ongoing pandemic, as false. ~ Michael Yeadon, Ph.D.

Like several other scientists, doctors and researchers, Yeadon has pointed out that there are no excess deaths due to COVID-19.2,3,4 According to Yeadon, who has analyzed the statistics, about 1,700 people die each day in the U.K. in any given year. Many of these deaths are now falsely attributed to COVID-19.

“I’m calling out the statistics, and even the claim that there is an ongoing pandemic, as false,” he said in a recent interview with British journalist Anna Brees (see video above). He challenges anyone who doesn’t believe him to seek out any database on total mortality. If you do that, you will find that the daily death count is “absolutely bang-on normal,” Yeadon said.

Like Hodkinson, Yeadon is concerned about the fact that the laws of immunology are being completely ignored — apparently in order to fit some hidden agenda.

While Yeadon is unwilling to guess at what might be behind the creation of these false narratives, or why scientific truth is being censored, others have linked together evidence pointing to the pandemic being used as an excuse for the redistribution of wealth and the technocratic takeover of the whole world under the banner of a “Great Reset.” 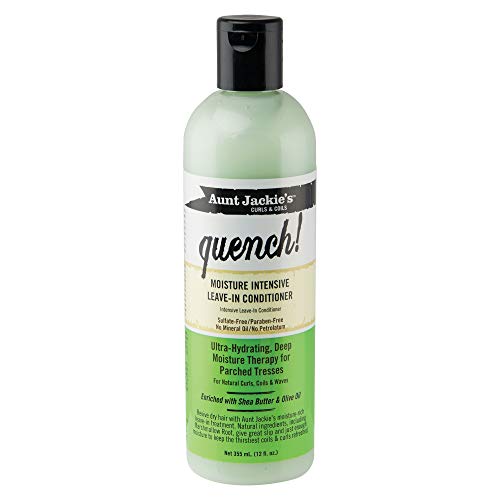 It’s being used to usher in social and economic changes that simply could never be introduced without some sort of calamity, be it war or a biological threat, because they involve a radical limitation of personal freedoms, including medical and financial freedom, and the elimination of privacy and private ownership. In short, no one in their right mind would agree to the changes that are coming, which is why fear is being used as a tool to coerce compliance.

As noted in the Journal of Law and the Biosciences paper5 “COVID-19 Emergency Measures and the Impending Authoritarian Pandemic,” written by Stephen Thompson and Eric C. Ip, both from the University of Hong Kong:

“This Article demonstrates — with diverse examples drawn from across the world — there are unmistakable regressions into authoritarianism in governmental efforts to contain the virus.

Despite the unprecedented nature of this challenge, there is no sound justification for systemic erosion of rights-protective democratic ideals and institutions beyond that which is strictly demanded by the exigencies of the pandemic …

With a gratuitous toll being inflicted on democracy, civil liberties, fundamental freedoms, healthcare ethics, and human dignity, this has the potential to unleash humanitarian crises no less devastating than COVID-19 in the long run.”

German Lawyers Gear Up to Expose the Hoax

Others who have identified the COVID-19 pandemic as a global hoax of unprecedented proportions include a group of German lawyers who founded the German Corona Extra-Parliamentary Inquiry Committee.6,7 They are now preparing the biggest class-action lawsuit in history,8,9,10,11 in which they seek to prove that fraudulent PCR tests are being misused to engineer the appearance of a dangerous pandemic.

“This corona crisis, according to all we know today, must be renamed a corona scandal; and those responsible for it must be criminally prosecuted and sued for civil damages,” Reiner Fuellmich said during a video announcement of the committee’s tort case (see video above).

Key questions the committee seeks to answer through judicial means include: 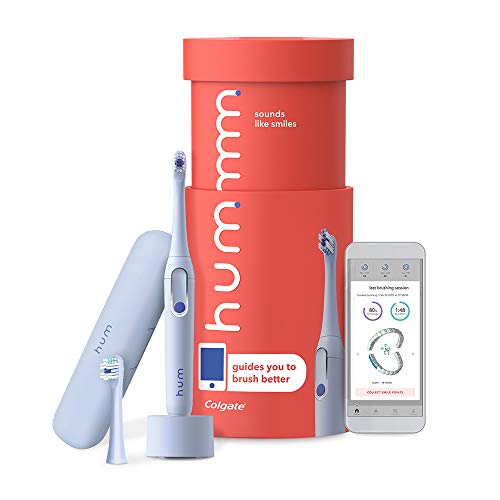 Fuellmich’s team also stress that SARS-CoV-2 — which is touted as one of the most serious threats to life in modern history — “has not caused any excess mortality anywhere in the world.” Pandemic measures, on the other hand, have “caused the loss of innumerable human lives, and have destroyed the economic existence of countless companies and individuals worldwide,” Fuellmich noted in his announcement.

As I discussed in yesterday’s article, “Emergency COVID-19 Vaccines May Cause Massive Side Effects,” modern history is filled with pandemic scares, none of which has panned out and lived up to projected death tolls. The technocrats in charge have had plenty of practice, and COVID-19 appears to be the crown jewel of their pandemic war arsenal.

Everything was in place this time. The mainstream media, Big Tech, key government leaders, nongovernmental organizations and their chosen health “experts” — all have worked in tandem to manufacture unreasonable and illogical fear. Together, they’ve effectively promoted falsehoods while simultaneously censoring truth. The end result is devastating to democracy, freedom and public health.

Others Speaking Out About COVID Hoax

One medical professional who is now speaking openly about the COVID-19 pandemic being a brazen power-grab by the technocratic elite is Dr. Lee Merritt, an orthopedic spinal surgeon with a medical practice in Logan, Iowa.12

August 16, 2020, she delivered a speech at the Doctors for Disaster Preparedness13 convention in Las Vegas, Nevada, featured in “How Medical Technocracy Made the Plandemic Possible,” in which she dissected the many fear-inducing lies we’ve been told about this pandemic.

When you look at the actual data and statistics available, and compare them to what we’re being told by government officials and the media, it becomes evident that there’s a gulf between the two. The data tell us SARS-CoV-2 is not the existential threat it’s been made out to be so, clearly, they want us to be fearful for some other reason. 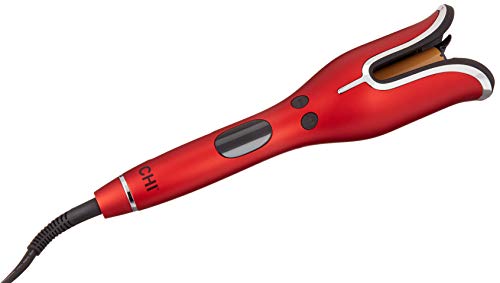 Merritt suggests it’s because a fearful public will not put up a fight when their human rights are stripped away. Indeed, many who are fearful will gladly relinquish any and all freedoms. As noted by British Supreme Court Judge Lord Sumption in a March 30, 2020, interview with The Post:14

That’s what I fear we are seeing now. The pressure on politicians has come from the public. They want action. They don’t pause to ask whether the action will work. They don’t ask themselves whether the cost will be worth paying …

Anyone who has studied history will recognize here the classic symptoms of collective hysteria. Hysteria is infectious. We are working ourselves up into a lather in which we exaggerate the threat and stop asking ourselves whether the cure may be worse than the disease.”

The End Goal Is Total Control

Vladimir Kvachkov, a former colonel of Russian military intelligence, would probably agree with the assessment that the fearmongering has a purpose other than keeping us safe from a respiratory virus. In the video above, Kvachkov refers to COVID-19 as a false pandemic, planned and implemented with the goal of gaining totalitarian control over the world population.

“It’s all a lie and needs to be considered as a global, strategic special operation,” Kvachkov says. “These are command and staff exercises of the world’s behind-the-scenes powers on controlling humanity.”

Comparing it to a military exercise, Kvachkov says the ultimate aim is to reduce the world’s population to 1 billion “ordinary” people and just 100 million of those in control — with the ordinary people being there to serve the 100 million. 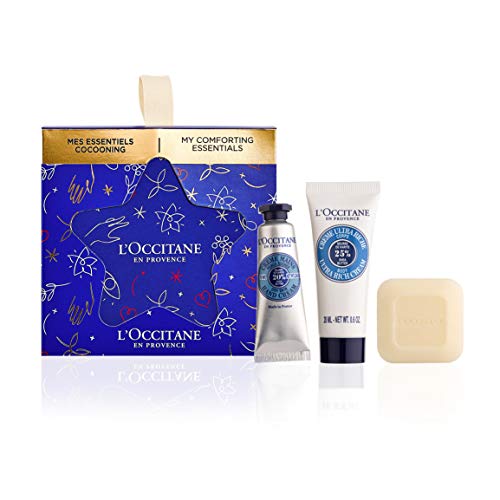 In short, he says, the “artificially created” and “purposely spread” coronavirus has four dimensions. The first is religion and population reduction; the second is to establish political control over humanity; the third is to deflate the world economy; and the fourth is to eliminate geo-economic competition.

It’s important to remember that the World Health Organization, the World Economic Forum and the United Nations are all private corporations, yet they wield tremendous power over the governments of the world and act above the law of any given nation.

Big Tech also plays an enormous role in this usurpation of power. The power grab probably couldn’t succeed without them, because the greatest threat to would-be totalitarian rulers is an informed and educated public. By banding together to censor certain information and segments of the global population, Big Tech is instrumental in undermining the foundation for democracy around the world.

What Can You Do?

More and more people around the world are now starting to wake up to the fact that the restrictions put into place under the guise of protecting public health are here to stay. They’re part of a much larger, long-term plan, and the end goal is to usher in a new way of life, devoid of our previous freedoms. This means that, eventually, everyone must decide which is more important: Personal liberty or false security?

To derail the technocrats plan, we have to make full use of the judicial system, which is why Fuellmich and his team are suing to expose the fraud, put an end to pandemic restrictions and restore our human rights. Class-action lawsuits are currently being prepared in the U.S. and Canada.

In closing, here’s a summary list of suggestions compiled from Fuellmich, Yeadon and others as to how you can resist and be part of the solution:

•Turn off mainstream media news and turn to independent experts — Do the research. Read through the science. Robert F. Kennedy Jr.’s The Defender newsletter is one reliable source for “banned” news. Other sources include America’s Frontline Doctors and Doctors for the Truth (Medicos por la verdad — a group of more than 600 doctors in Spain).

•Continue to counter the censorship by asking questions — The more questions are asked, the more answers will come to light. Arm yourself with mortality statistics and the facts on PCR testing, so you can explain how and why this pandemic simply isn’t a pandemic anymore. 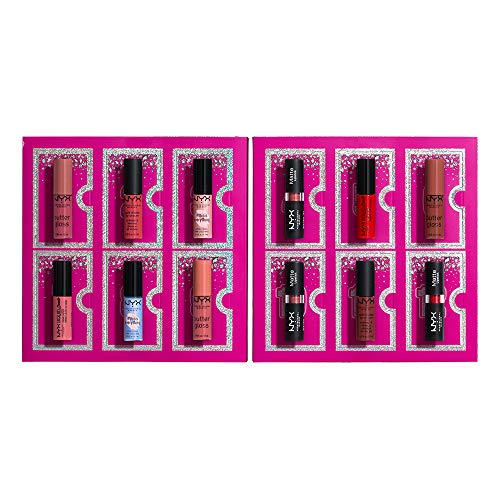 •If you are a medical professional, especially if you’re a member of a professional society, write an open letter to your government, urging them to speak to and heed recommendations from independent experts.

•Sign The Great Barrington Declaration,15 which calls for an end to lockdowns.

•Join a group so that you can have support. Examples of groups formed to fight against government overreach include:

◦Us for Them, a group campaigning for reopening schools and protecting children’s rights in the U.K.

◦The Freedom to Breathe Agency, a U.S. team of attorneys, doctors, business owners and parents who are fighting to protect freedom and liberty

Previous article by Joseph Mercola: Emergency Covid-19 Vaccines May Cause Massive Side Effects