Does the Military Defend Our First Amendment Freedoms?

In either case, I get a few e-mails that upbraid me for daring to criticize the military and its soldiers—as if you could really separate the two. The soldiers, after all, are the ones who do the actual fighting. You can’t have a war without soldiers.

Sometimes the writer of one of these e-mails informs me of his current or previous military service, but usually not. In fact, most of the criticisms I receive in response to my articles about the military are not from soldiers at all. They are typically from armchair warriors, employees of defense contractors, or people who have had a relative in the military—none of whom have ever “served” a day in the military. I can’t even remember the last time a Vietnam Veteran wrote me and expressed anything but anger and regret for what he did while fighting in Vietnam. 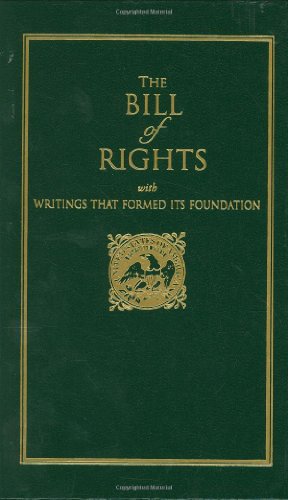 One of the usual statements that my critics make is something along the lines of this: U.S. soldiers fight and bleed and die so that you can have the right to write the (bullshit, crap, nonsense, lies, hate, garbage, baloney, drivel, tribe, gibberish) that you do.

Here is an actual example, and it is from a veteran:

I just read your column on your feelings towards U.S. Marines. I could not disagree with you more. If you actually read this I’d like to ask you two simple questions.

You never gave it second thought did you? You most likely wear your 1st Amendment right of free speech on your sleeve and wave it for any critic to see how YOU have the RIGHT to write such dtibble.

Your and your publisher printed your piece without fear of repercussions or punishment. Why, because we U.S. citizens enjoy a free press.

These two, simple freedoms that are taken for granted by you and, honestly most others most are there because of U.S. Marines, and our Armed Forces. Tens of thousands of us have died or worse, for our country and your right to write and publish such an Article.

The saddest thing is that 99.999% of the people you hurt by writing such articles would, and have defended your right to do so. As much as your words hurt and upset me and every other Marine, you DO have the Right to think, write and publish it.

We feel it’s our duty to make sure YOU have the RIGHT to have the freedom to express yourself.

This is not all of it, but you get the idea.

And here is another one from a veteran that is short (and comical) so I can give it in its entirety:

Your a piece of shit! I’m writing in response to a recent rant you posted about your son or daughter being a Marine. Only and only because my brother’s and sisters, & myself fought those wars for your freedom, which allow you to say what you’d like, 1st amendment rights. I could only hope, I’d meet your liberal pussy ass on the street, so I could run a flag pole up your hinder, with our American flag and a large USMC flag, and tell you, take over and do it better, cheaper and with as much grace is needed. Karma is a bitch pal, you will reap what you feel!

(For the record, the article in question began with me saying that none of my sons were Marines.)

What these two critics of mine are basically saying is that the military defends our First Amendment freedom of speech and freedom of the press.

Nothing could be further from the truth.

Congress shall make no law respecting an establishment of religion, or prohibiting the free exercise thereof; or abridging the freedom of speech or of the press; or the right of the people peaceably to assemble and to petition the Government for a redress of grievances.

The Constitution was ratified in 1788. In Article I, Section 8 of the Constitution, Congress is granted certain limited powers. Abridging the freedom of speech and the freedom of the press is not one of them. Nevertheless, the Bill of Rights—of which the capstone is the First Amendment—was added to the Constitution in 1791 at the insistence of the Anti-Federalists. The First Amendment, like the entire Bill of Rights, does not grant Americans any rights. It prohibits the government from infringing the natural rights that Americans already have. The First Amendment merely reinforces the idea that the federal government lacks the authority under the Constitution to abridge Americans’ existing freedoms to speak and publish, as well as exercise their religion, assemble, and petition.

As Judge Napolitano put it:

Each of the signatories of the Declaration and those who ratified of the Bill of Rights manifested in writing their unambiguous belief that the freedom of speech is a natural right — personal to every human. It does not come from the government. It comes from within us. It cannot be taken away by legislation or executive command.

As the framers understood, all persons have a natural right to think as we wish and to say and publish whatever we think.

And second, no one in Iraq, Afghanistan, Yemen, Libya, Vietnam, Germany, Italy, Japan, Syria, Mexico, the Philippines, Cuba, Panama, Korea, Lebanon, Somalia, Bosnia, Haiti, Kosovo, or any other place the United States has sent its soldiers was trying to keep Americans from exercising their First Amendment Freedoms.

No Nazi soldier was fighting to strip Americans of their freedom of speech. No Viet Cong guerrilla got up in the morning vowing to prevent an American from publishing anything. No Iraqi “terrorist” killed American soldiers so that Americans back home would stop speaking freely. No Afghan “insurgent” planted an IED because he was upset about press freedom in the United States.

No foreigner has ever been a threat to Americans’ freedom of speech and freedom of the press. It is the U.S. government that has always been the biggest threat.

Previous article by Laurence M. Vance: Marijuana on the Ballot

Stop the Vote-Steal, Stop the Biden Plan For Federal SlaveryWhat Would George Patton Do?