Round Up the ‘Anti-Vaxxers’?

Billionaire software tycoon Bill Gates has urged the US to prepare for a Covid-19 vaccine rollout by deputizing trusted community leaders to “reduce vaccine hesitancy,” bemoaning the rapid spread of “conspiracy theories” online.

The Microsoft founder-turned-vaccine-evangelist painted a mostly rosy picture of a vaccine rollout getting “rich countries” back to normal by the end of 2021 in an interview during the Wall Street Journal’s CEO Council on Tuesday.

However, with less than half of Americans saying they’d get a Covid jab – even if paid $100 for it – in a recent survey, Gates then focused his talk on enlisting the nation’s “trust network” to overcome the skeptics.

Lamenting that “vaccine hesitancy is in all countries and predates the pandemic,” Gates suggested American health officials start “thinking about which voices will help reduce the hesitancy, so we can get a level of vaccination that really has a chance of stopping” the virus. 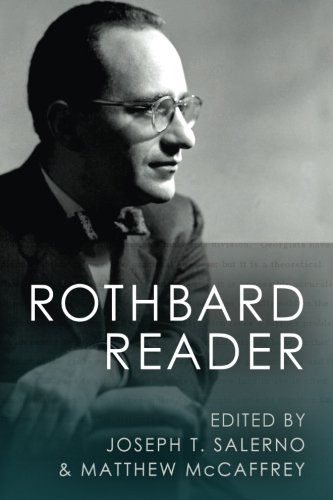 Gates provided the example of challenges the polio vaccine faced in some countries – and the cunning lengths some were willing to go to get their populations jabbed.

In places like Nigeria we had to go to the religious leaders, talk to them, have them speak out, you know, vaccinate their children. So [it is about] understanding the trust network – who is it that you view as an expert. Very few people can look at the formulation or data directly.

Coronavirus czar Anthony Fauci hinted back in June that he was already on the task, revealing the government had a PR blitz planned in which “people [vaccine-hesitant Americans] can relate to in the community – sports figures, community heroes, people that they look up to” – will spread the pro-vaccine gospel.

Gates had typically harsh words for both conspiracy theorists and the social media platforms he believes enable them, complaining that “very titillating things” like the notion that “somebody intentionally made this virus, or that there’s some conspiracy” spread online “so much faster than the truth, which is that it comes from a bat.” Gates called on social media to “slow down or annotate things that actually cause huge damage, like not wearing masks or not being willing to take the vaccine if it proves that it is this key tool to getting back to normal.”

While he stressed he wasn’t suggesting Facebook and its peers go for “the Chinese solution” of telling companies what they must censor, the billionaire has previously called conspiracy theories about his funding of global vaccination schemes “a big problem,” and on Tuesday he slammed platforms for the absence of “smart solutions” to that problem.

Gates saved some barbs for the Trump administration, disparaging the government’s preparation for and response to the pandemic, accusing it of creating a “vacuum of leadership” by pulling out of the World Health Organization. Among other failings, “we didn’t do [pandemic] simulations” like some countries, he complained, referencing his now-famous 2015 TED Talk about the importance of comprehensive state-level planning for epidemics.

However, his Bill and Melinda Gates Foundation actually staged one of the best-known pandemic simulations, Event 201, in conjunction with the World Economic Forum and Johns Hopkins University in New York last October. The barely-fictional scenario involved a deadly coronavirus originating in geese spreading around the world, devastating economies and triggering the imposition of strict behavioral controls while leaving a trail of 65 million bodies in its wake. The narrative was so close to the subsequent outbreak of the novel coronavirus that Johns Hopkins was forced to include a disclaimer on the event website.

Indeed, the US government has run several such simulations in conjunction with representatives of local governments, hospitals, and various other private sector interests over the years. “Crimson Contagion,” one such exercise held from January to August last year, predicted the US would respond in a chaotic and disorganized fashion to an outbreak, exposing weaknesses that were apparently not remedied in time for Covid-19. A 2017 Pentagon report similarly warned that a “novel respiratory disease” emanating from, among other places, a Chinese wet market could spread throughout the world, hurting the military’s readiness and national security for as long as two years and prescribing correctives – which apparently fell on deaf ears.

Gates has previously warned that the “final hurdle” to a vaccine-fueled return to normalcy is convincing the population to actually roll up their sleeves and take the jab(s), and the World Health Organization – of which his foundation is the single largest funder, following the US’ departure – declared “vaccine hesitancy” one of the biggest threats to world health last year. The billionaire has stated he hopes to have seven billion humans vaccinated with whatever formula proves safe and effective, but has suggested a mandate would be counterproductive and actually increase resistance to vaccines.

Gates is far from the only voice urging governments to soft-pedal their inoculation demands. Noting that a straight-up mandate would probably be challenged and nullified in court, a paper published earlier this month in the New England Journal of Medicine instead suggested at-risk populations be threatened with “penalties” like job loss for failure to get vaccinated. Australian PM Scott Morrison similarly had to walk back comments that vaccination should be “as mandatory as possible” after intense public outcry, and US President Donald Trump has promised the shot will be optional even as he tasked the military with delivering it.

Gates is funding the development of six leading Covid-19 vaccine candidates, and told the conference Phase III clinical trial data would be in before the year’s end. Acknowledging “we still don’t know whether these vaccines will succeed,” he nevertheless pooh-poohed Russian and Chinese vaccine development efforts, predicting that once ‘his’ – the Western – jabs were widely available at low cost, “I doubt there will be a lot of Russian or Chinese vaccine going outside these countries.”

What Could They Put in the Covid Vaccine? Finally, Freedom in Michigan