Now, I have not lost my ideals in the least; my faith in fundamentals is exactly what it always was. What I have lost is my old childlike faith in practical politics.

Chesterton was told, by those older and wiser, that as he matured, he would lose his ideals and focus on the practical.  It turns out exactly the opposite occurred.  It is not his ideals that have been lost, but his faith in those who pretend to speak for those ideals:

He was raised a liberal, and has always believed in democracy – meaning “a self-governing humanity.”  This is based on two principles: first, the things in common to all men are more important than the things peculiar to each man; second, the political instinct is one of those things held in common. 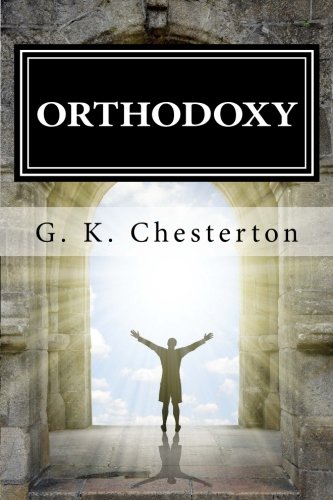 This might seem slightly off, but Chesterton will explain: the political instinct is made manifest in the laws of the state.  But Chesterton does not see this as time bound; tradition plays a fundamental role:

It is obvious that tradition is only democracy extended through time. It is trusting to a consensus of common human voices rather than to some isolated or arbitrary record.

Tradition is nothing more than the extension of the franchise, taking into account the knowledge and wisdom of those who came before, who learned lessons in our stead and passed these lessons on to us.  Tradition refuses to submit to the oligarch of the moment:

A good man’s opinion is of value, whether he is alive today or in some time past.  And in this journey, Chesterton finds that all that he discovers has been discovered in the past – it had been discovered by Christianity.  But before coming to this, he begins with his childhood fairytales.

Jack the Giant killer killed giants because they are gigantic – a mutiny against pride; the lesson of Cinderella he compares to the Magnificat; Beauty and the Beast teaches that a thing must be loved before it is lovable; Sleeping Beauty is blessed with all gifts, yet succumbs to death.  Yet it isn’t these details, but “the whole spirit of its law,” a way of looking at life, that Chesterton finds of value.

In fairyland we avoid the word “law”; but in the land of science they are singularly fond of it.

We understand why liberty is taken from the man who takes liberties, but we cannot say why an egg turns into a chicken, or a bear turns into a prince.  Which is the more strange?  After all, a bear is closer to a prince than a chicken is to an egg.  We must answer the same way that the fairy godmother answered Cinderella about how mice turned into horses: 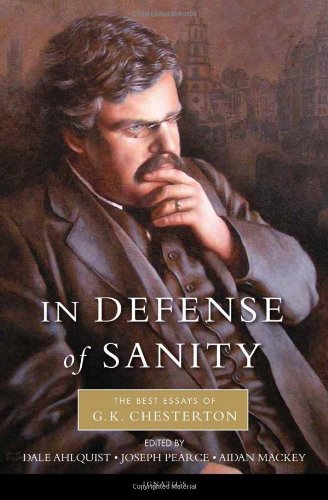 We must answer that it is MAGIC. It is not a “law,” for we do not understand its general formula. …All the terms used in the science books, “law,” “necessity,” “order,” “tendency,” and so on, are really unintellectual, because they assume an inner synthesis, which we do not possess. The only words that ever satisfied me as describing Nature are the terms used in the fairy books, “charm,” “spell,” “enchantment.”

In his journey, Chesterton discovered that the strongest emotion came from realizing that life was as precious as it was puzzling.  From this, he came to gratitude, but at the time he did not know to whom he should be grateful.  For two legs?  For, not just a birthday present, but for his birth day?  If Cinderella asks why she must depart the ball by midnight, the fairy godmother might reply: ask how you are even going at all!

In the fairy tale an incomprehensible happiness rests upon an incomprehensible condition. A box is opened, and all evils fly out. A word is forgotten, and cities perish. A lamp is lit, and love flies away. A flower is plucked, and human lives are forfeited. An apple is eaten, and the hope of God is gone.

Keeping to one woman is a small price for so much as seeing one woman. To complain that I could only be married once was like complaining that I had only been born once. It was incommensurate with the terrible excitement of which one was talking. It showed, not an exaggerated sensibility to sex, but a curious insensibility to it. A man is a fool who complains that he cannot enter Eden by five gates at once.

It took Chesterton some time to understand that the modern world was wrong on many things while his nurse was quite right.  The modern world has stripped us of convictions found in the fairy tales: 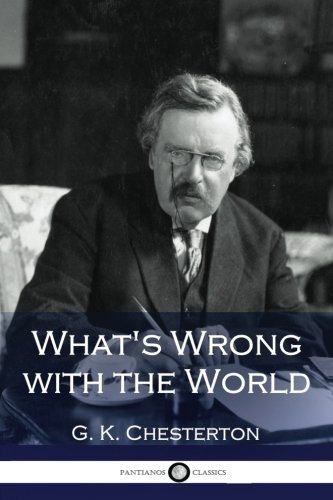 …I found the whole modern world talking scientific fatalism; saying that everything is as it must always have been, being unfolded without fault from the beginning.

The materialist is in prison, the prison of this one thought.  While the cosmos might be infinite, there was nothing interesting to it – not in the way that forgiveness or free will are interesting.

We are either unable to do things or we are destined to do them.  In such a world, what is the point of law?  As Chesterton wrestled with this, he found the entire enterprise ever more shallow.  And where did he arrive, at least to this point:

And all this without giving a thought to Christian theology.

Previous article by Bionic Mosquito: A Couple of Items