I neither follow nor watch football, and have not for decades, but I don’t have my head in the sand. Even though I live in Florida, I know that Tom Brady was New England Patriots’ star quarterback for about twenty years, Bill Belichick is the team’s head coach, and Robert Kraft is the team’s owner.

It was in Florida about a year ago that part-time Palm Beach resident Kraft was arrested, along with about sixty other men, on misdemeanor charges of prostitution solicitation after several law-enforcement agencies secretly installed hidden cameras inside massage parlors in an attempt to uncover an alleged prostitution ring.

Detectives obtained the video showing the alleged crimes via a “sneak-and-peek” warrant—a warrant authorizing secret video surveillance that involves police physically entering a private premises without the permission or knowledge of the owner or occupant.

Sick, perverted cops then sat around computer screens sipping coffee, passing around a box of donuts, and watching licensed, adult masseuses giving client’s massages that usually included nudity and happy endings—all in the name of fighting “human trafficking” of course, which no business owner was ever charged with. 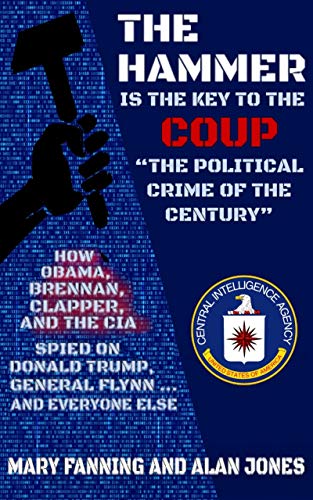 Hey, at least these cops didn’t use taxpayer money to go undercover and have sex with masseuses like federal agents have done.

The defendants moved to suppress the videos, on many grounds, and a county court agreed. County Judge Leonard Hanser wrote in his ruling, “The fact that some totally innocent women and men had their entire lawful time spent in a massage room fully recorded and viewed intermittently by a detective-monitor is unacceptable and results from the lack of sufficient pre-monitoring written guidelines.” Circuit Judge Joseph Marx agreed with Hanser’s ruling and suppressed the videos.

The state of Florida appealed, and the case, State of Florida v. Robert Kraft, was heard by the Fourth District Court of Appeal in West Palm Beach, which issued its ruling on August 19, 2020:

On appeal, the state argues that the trial courts erred in suppressing the video evidence because (1) the defendants lack standing to raise a Fourth Amendment challenge, (2) the warrants were not deficient because minimization is not a requirement under the Fourth Amendment, and (3) even if the warrants were deficient, the “good faith” exception to the exclusionary rule should apply. As we explain below in addressing each of these three arguments, we disagree. In the absence of any binding Florida law concerning silent video surveillance like that conducted in this case, the trial courts properly applied well-settled and persuasive federal law on the issue.

We agree with the trial courts that this is unacceptable. The trial courts properly applied the federal  case law  enforcing  the  minimum  constitutional standards for secret video surveillance, and the state has not overcome the presumption of correctness in the trial courts’ ruling that the minimization requirement was not satisfied.

We cannot conclude here that the law enforcement agencies acted in good faith with respect to minimization due to the lack of Florida law on point.

The type of law enforcement surveillance utilized in these cases is extreme. While there will be situations which may warrant the use of the techniques at issue, the strict Fourth Amendment safeguards developed over the past few decades must be observed. If they are not, any evidence obtained could very well be declared inadmissible as a matter of constitutional law. To permit otherwise would yield unbridled discretion to agents of law enforcement and the government, the antithesis of the constitutional liberty of people to be secure against unreasonable searches and seizures. The federal case law cited herein pertaining to silent video surveillance is well reasoned and widely accepted. Consequently, we must hold—as every federal circuit court and state court to consider the question has—that this type of intrusive, covert video surveillance is subject to heightened standards and procedures designed to implement Fourth Amendment protections, particularly in the face of the constantly expanding use of electronic surveillance techniques by law enforcement. And where the government fails to faithfully follow these standards and procedures, it will be held to account by the exclusion of the evidence obtained. The Fourth Amendment demands no less under these circumstances.

The trial courts did not err in concluding that total suppression was the appropriate remedy under the circumstances of this case.

In light of this decision, the Florida attorney general Ashley Moody said that she won’t appeal to the Florida Supreme Court and dropped the prostitution solicitation charges against Kraft. Local prosecutors then dropped charges in their cases against about 60 men, even though 55 already completed diversion programs.

It is time to end these ridiculous prostitution laws.

Who cares if Robert Kraft paid a masseuse for sex before, during, or after a massage?

Who cares if sixty other men did the same?

What business is it of the state of Florida if a legal adult pays another legal adult for sexual services?

Why does the introduction of money turn fornication and adultery into criminal offenses?

Why is paying directly for sex a crime, but paying for dinner and a movie for sex is not a crime?

Why is it legal for a woman to provide free sexual services as often as she wants and to as many people as she wants, but illegal for her to charge for her services?

How can something that is legal to give away be illegal if one charges for it?

Why is prostitution a crime but other immoral activities are not crimes?

Why are brothels legal in some Nevada counties but illegal everywhere else in the United States?

What business is it of any person or any government what consensual acts are undertaken by two willing adults?

Previous article by Laurence M. Vance: I Have Never Served in the Military

Could the Covid Vaccine Be Canceled Before the First Injection? ‘Science’ Proves You’re a Racist!