EcoHealth Alliance, a corporate-funded nonprofit organization that seeks to uncover novel viruses in the environment, has been working in China for decades, trapping bats and looking for previously unknown coronaviruses that could lead to a global pandemic.1

This may come as a surprise to many, but even more surprising is the fact that the research was carried out via a grant awarded by the National Institutes of Health (NIH).2

While the grant was initially supposed to continue through 2024, it was cut off in April 2020 as the COVID-19 pandemic gained steam, and U.S. intelligence agencies started to look into whether the coronavirus that started it all escaped from a biological laboratory in Wuhan, China.3

EcoHealth Alliance collaborated with the Wuhan Institute of Virology for years, collecting coronavirus samples from bats and investigating whether they could jump to humans,4 and the NIH told the nonprofit that the project “no longer fit with NIH goals and priorities.”5 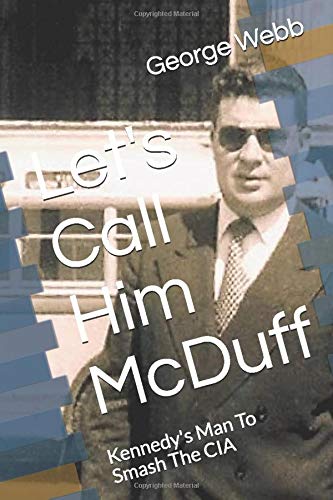 In August 2020, however, the NIH pivoted, granting a new $7.5 million grant to EcoHealth Alliance — part of an $82 million award being split among 11 research teams looking into the origins of viruses and how they infect people. The controversial move means that EcoHealth Alliance’s work will continue, this time targeting Southeast Asia instead of China.6

Gain-of-function (GOF) research refers to studies that have the potential to enhance the ability of pathogens to cause disease, including enhancing either their pathogenicity or transmissibility.7 Such research is by its very nature controversial, since there are clear risks should the information be misused or the pathogens escape (or are maliciously released).

Further, Jonathan Latham, Ph.D., a molecular biologist and virologist and Allison Wilson, Ph.D., a geneticist, believe gain-of-function research performed at the Wuhan Institute of Virology played “an essential causative role in the pandemic.”8 Peter Daszak, EcoHealth Alliance president, however, said that the funding cut to their China bat research project would pose a threat to the U.S. public health.

“Once this pandemic is over, we know of hundreds of other coronaviruses that we’ve found evidence of in China that are waiting to emerge,” Daszak said in an interview with NPR. “We are now going to be unable to know about the risk of that, which puts us completely at risk of the next pandemic.”9

Dr. Anthony Fauci, director of the National Institute of Allergy and Infectious Diseases (NIAID), which is part of the NIH, has also long backed dangerous GOF coronavirus research, including that conducted by EcoHealth Alliance. According to Newsweek:10

“Just last year [2019], the National Institute for Allergy and Infectious Diseases [NIAID], the organization led by Dr. Fauci, funded scientists at the Wuhan Institute of Virology and other institutions for work on gain-of-function research on bat coronaviruses.

In 2019, with the backing of NIAID, the National Institutes of Health committed $3.7 million over six years for research that included some gain-of-function work. The program followed another $3.7 million, 5-year project for collecting and studying bat coronaviruses, which ended in 2019, bringing the total to $7.4 million.

Many scientists have criticized gain of function research, which involves manipulating viruses in the lab to explore their potential for infecting humans, because it creates a risk of starting a pandemic from accidental release.”

Outrageously, Daszak has also been appointed to lead a task force examining whether COVID-19 may have leaked from a lab, as part of the Lancet Covid-19 Commission, which is looking into a variety of issues surrounding the pandemic and offering practical solutions.11 Part of the commission’s goal is to investigate the origins of COVID-19 and avert future zoonotic pandemics.

While Daszak said he would head the investigation with an open mind, critics such as Filippa Lentzos, an expert on biological threats at King’s College London, wrote on Twitter, “Goodness. I can’t imagine a lead investigator with more vested interests!”12,13

Not only has Daszak been widely criticized for spreading misinformation surrounding the origins of COVID-19 previously, but his longtime collaboration with the Wuhan Institute of Virology, which has been identified as the most probable source of a laboratory leak, is a glaring conflict of interest. If it’s found that COVID-19 did, in fact, leak from a lab, the work of Daszak’s EcoHealth Alliance could come under fire, and future funding could be put in jeopardy.

As reported in GM Watch, “… if more scientists fail to speak out against his appointment as the Lancet Commission’s lead investigator, it will reflect the success of a censorship strategy that has not just allowed Daszak to evade serious scrutiny but to be put in charge of investigating himself and his associates.”14

Hundreds of Scientists Called for End of GOF Research in 2014

In 2014, a series of accidents at laboratories led to more than 300 scientists to launch a petition calling for an end to gain-of-function research.15 The U.S. issued a temporary pause as a result16 but, according to Ronnie Cummins, co-founder of the Organic Consumers Association (OCA) and Alexis Baden-Mayer, OCA’s political director:

“Exemptions to this ‘pause,’ eventually reviewed by a secret government panel, were nonetheless allowed to go forward. The ban was lifted in 2017. Yet between 2014 and 2016, the NIH and Fauci-led NIAID continued funding gain-of-function research overseas at the Wuhan lab, via Daszak’s EcoHealth Alliance.

Not surprisingly both Fauci and Daszak have been staunch defenders of the official Chinese government story that the virus that causes COVID-19 (SARS-CoV-2) ‘naturally’ evolved from bats and/or other host species to infect humans.”

In the NPR interview, Daszak said he really doesn’t understand the rationale behind the funding cut from NIH,17 as they were only researching how coronaviruses may spread from bats to people. But as Cummins and Baden-Mayer explained in my interview with them (linked above):

EcoHealth Alliance has since funded additional gain-of-function research that Daszak has championed — without acknowledging his connection.”

In 2015, the University of North Carolina collaborated with the Wuhan Institute of Virology, performing gain-of-function research in which bat viruses were manipulated to create a chimeric virus capable of binding to human upper airway cells. That particular virus was called SHC014-MA15.20

EcoHealth Alliance had funded the research with a U.S. grant,21 but this wasn’t mentioned by Nature, which quoted Daszak as saying the findings “move this virus from a candidate emerging pathogen to a clear and present danger.”22 Cummins and Baden-Mayer pointed out the irony of this statement:

“Daszak’s statement is odd, as it seems obvious that it was the research itself that made the virus a clear and present danger, and that couldn’t be what he meant.

… Even the creators of the coronavirus-SARS chimaera questioned the wisdom of tinkering with viruses to make them more dangerous to humans. As Nature reported, in their paper the study authors conceded that funders may think twice about allowing such experiments in the future.”23

In my previously linked article, they added:

“‘Scientific review panels may deem similar studies building chimeric viruses based on circulating strains too risky to pursue,’ they write, adding that discussion is needed as to ‘whether these types of chimeric virus studies warrant further investigation versus the inherent risks involved.’”

EcoHealth Alliance’s new grant is distinct from the previous grant that funded the Chinese bat research. The new grant is intended to fund the creation of the Centers for Research in Emerging Infectious Diseases, or CREID, a network of centers focusing on different geographical regions.

EcoHealth Alliance will be conducting research on coronaviruses and other pathogens that may emerge from bats, rodents and primates in Singapore, Thailand and Malaysia.24 As for their earlier grant, the NIH notified EcoHealth Alliance that they may restore its funding for the Chinese research if they meet certain conditions, including the following:25

According to NPR, “The scientist has been the focus of internet conspiracy theories suggesting she was in fact ‘patient zero’ for the coronavirus. The Wuhan Institute of Virology has previously said that the scientist in question was a graduate student who had finished her master’s degree and moved on to other work.”26

EcoHealth Alliance has not met the conditions for the funding to be restored, with Daszak calling them “preposterous” and telling NPR, “I’m not trained as a private detective. It’s not really my job to do that.”27 The conditions do seem unusual, particularly for a U.S. government agency to be requesting of a nonprofit organization — unless, perhaps, they believe the organization knows something they don’t.

The U.S. NIH is investigating 189 scientists from 87 institutions for undisclosed ties to foreign institutions, with 54 being fired or forced to resign as a result.28

Among them, 93% received undisclosed support from China, and many had active NIH grants while accepting foreign grants that were not disclosed. About 75% of those being investigated had received active NIH grants, and close to half had at least two of them. In all, 285 active grants totaling $164 million were counted among those being investigated.

The investigation is part of larger efforts to limit threats to the U.S. economy and national security, as cutting-edge technologies and other information at the forefront of new industries that is being supported by federally funded research could be flowing into the wrong hands.

According to Dr. Michael Lauer, NIH’s deputy director for extramural research, after the NIH looked into the scientists “of possible concern,” 63% of the investigations came back positive, revealing the true scope of the underhanded dealings.31

Meanwhile, Fauci, who also supported GOF research on bird flu viruses 10 years ago,32 continues to support EcoHealth Alliance and their research into novel diseases, noting in a statement about the latest grants, “The CREID network will enable early warnings of emerging diseases wherever they occur, which will be critical to rapid responses.”33

In reality, should further GOF research be allowed to continue, it’s possible that it could “seed” another pandemic.34 Admittedly, it’s quite a coincidence that the very viruses undergoing gain-of-function research turned out to be the ones causing pandemics.

Previous article by Joseph Mercola: What You Need To Know About the Big Pharma-Vaccine Act of 1986

The Real Cost of Wind and SolarSlavery Raids