New York City is in Serious trouble.  Indeed, all diverse US cities are in trouble, especially those ruled by Democrats.  The combination of coronavirus and unchecked rioting and looting have undermined their economies.

High income people who no longer need to work in office complexes do not need expensive Manhattan brownstones and apartments.  They can escape to Mystic Connecticut or somewhere else.

On top of the depression of Manhattan office and apartment prices from the emerging work-at-home culture, we have the assault on NYC residents from the breakdown of law and order and the Democrat mayor’s decimation of the police budget in order to pay NYC hotels for housing the homeless, drug addicts, and child abusers in upper income West Side Manhattan.

And it is not only in New York City that people are deciding against downtown locations. In Minneapolis, the police department has publicly announced that the police are unable to protect the public from robbery and abuse.  The police advise the public that when confronted by robbers, “do as they say”.

This might be good advice for Minneapolis citizens, but it is advice that violates the “broken windows” theory of policing, which says that disorder and visible signs of crime create an environment that encourages more crime and disorder.  We see the truth of this theory in Portland, where the toleration of disorder by city authorities has brought the city more than 70 days of disorder. Aftifa and Black Lives Matter have been given immunity by public authorities for their acts of violence and destruction.

The Minneapolis city council has compounded the city’s problem by its effort to defund and disband the city’s police department, with one member of the council arguing that the need to be protected from theft and violence is a form of privilege. 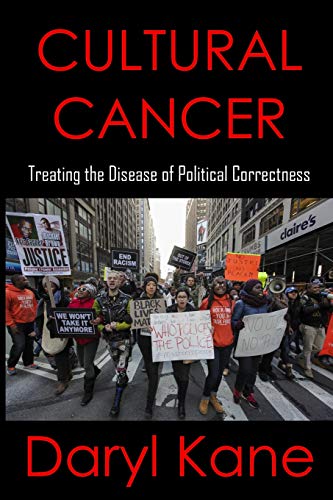 Think about this for a minute.  Assume you are the owner of a Minneapolis business or an outside investor considering an investment in the city.  Would you want an investment in a city in which the mayor and city council, state attorney general and state governor think that the police—not rioters and looters—are the number one threat to public safety?  No you wouldn’t, not unless you are crazy, but that is the way Democrats think.

Steve Cramer, president and CEO of the Minneapolis Downtown Council, told 5 EYEWITNESS NEWS that concerns over public safety and the future of the city’s police department have some companies looking to leave downtown.

“Almost overnight the brakes went on in downtown,” Cramer said. “The point where it all started to change was the day the City Council announced it supported defunding the police department.” Cramer said in a six-week period from that day there were 45 companies that indicated they were either moving out of downtown or were a business that was no longer moving downtown, and there were 13 companies in that group with 100 or more employees and one with 600.

Levin Lewis, executive director of the Minneapolis Business Owners and Managers Association, told KSTP that some high-end development deals have stalled because of public safety worries, and it could amount to hundreds of millions of dollars.

Flight from Chicago will be next.

If we add to the problems afflicting cities, such as the breakdown in public safety and the abandonment of office building complexes, the homelessness that now afflicts high income cities such as Manhattan, Malibu California, Seattle, and San Francisco, it is obvous that urban existence is losing its charm.

There is a larger and more dangerous issue that has gone unreported by presstitutes. The “George Floyd protests” were organized multi-city acts of violence led by the largely white organizations—Antifa and Black Lives Matter—funded by Jewish and Gentile billionaires, philanthropic foundations, and corporations.  This financing has not been investigated.  I doubt it has anything to do with police violence.  What it has achieved is to worsen race relations by portraying blacks as violent, lawless, and disrespectful of others and their property. It is another wedge driven in to disunite the American people.

In Minneapolis 80% of the black population oppose disbanding the police.  Black businesses suffered along with others from looting and burning.  The “George Floyd protests” was not a black event.  It was a white event organized and paid for by whites.  This is so true that it is now satire.

We need to get to the bottom of this, but it won’t happen. The presstitutes will only cover it up.  The FBI is too busy investigating Russian media and “white supremacy” groups to look into the real fomenters of racial conflict.