If you hear the term “anti-vaxxer!” in your mind, or feel increased stress, as you begin reading, you are experiencing propaganda fatigue. Read on. Then watch Merchants of Doubt. Recovery is possible. – Ed.

Since 1900, there’s been a 74% decline in mortality rates in developed countries, largely due to a marked decrease in deaths from infectious diseases. How much of this decline was due to vaccines? The history and data provide clear answers that matter greatly in today’s vitriolic debate about vaccines.

CHICAGO, Illinois —Since 1900, the mortality rate in America and other first-world countries has declined by roughly 74%, creating a dramatic improvement in quality of life and life expectancy for Americans.The simple question: “How did this happen?”Why did the mortality rate decline so precipitously? If you listen to vaccine promoters, the answer is simple: vaccines saved us. What’s crazy about this narrative is how easy it is to disprove, the data is hiding in plain sight. The fact that this easily-proven-false narrative persists, however, tells us a lot about the world we live in, and I hope will encourage parents to reconsider the veracity of many of the narratives they’ve been fed about vaccines, and do their own primary research.

1970, Dr. Edward H. KassStanding before his colleagues on October 19, 1970, Harvard’s Dr. Edward H. Kass gave a speech to the annual meeting of the Infectious Diseases Society of America that would likely get him run out of this same profession today. At the time, Dr. Kass was actually the President of the organization, which made the things he had to say about vaccines and their impact on the reduction in American mortality rates even more shocking, at least by today’s standards. Forty-eight years after Dr. Kass’ speech, vaccines have taken on a mythological status in many corners of our world, hyped up by the people who benefit the most from their use. Of course vaccines saved the world. Of course every child should get  every vaccine. If you don’t vaccinate, you will enable the return of deadly childhood diseases. If you don’t vaccinate, your child will die. If you question vaccines, even a little, you’re an “anti-vaxxer” who should be shunned and dismissed!

But what if most of the history about the role vaccines played in declining mortality isn’t even true?

In his famous speech, Dr. Kass took his infectious disease colleagues to task, warning them that drawing false conclusions about WHY mortality rates had declined so much could cause them to focus on the wrong things. As he explained:

“…we had accepted some half truths and had stopped searching for the whole truths. The principal half truths were that medical research had stamped out the great killers of the past —tuberculosis, diphtheria, pneumonia, puerperal sepsis, etc. —and that medical research and our superior system of medical care were major factors extending life expectancy, thus providing the American people with the highest level of health available in the world. That these are half truths is known but is perhaps not as well known as it should be.”

Dr. Kass then shared some eye-opening charts with his colleagues. I’m trying to imagine a President of the Infectious Diseases Society of America sharing one of these charts today at a meeting of public health officials. I picture someone turning the power off for the room where he’s presenting and then he gets tackled and carried off the stage…here’s the first example of a chart Dr. Kass shared in 1970: 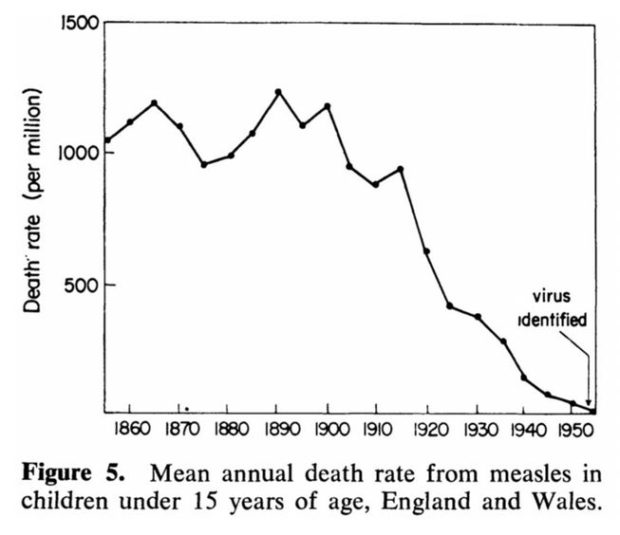 But wait a minute, Dr. Kass’ chart doesn’t even include the measles vaccine…what gives? Well, in 1970, the measles vaccine was just beginning to be rolled out, and as you can clearly see, measles had long since experienced a dramatic decline in mortality. With Pertussis (Whooping Cough), he produced a similar chart: 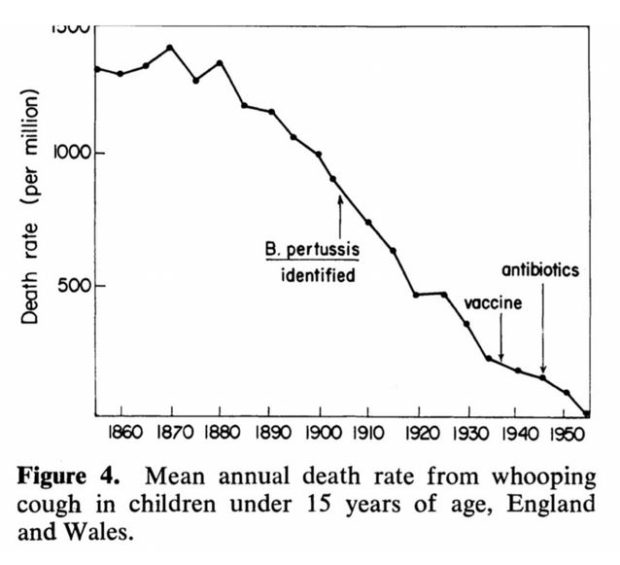 In this case, you can actually see when the Pertussis vaccine was introduced. He also showed a chart for Scarlett Fever, which furthers the confusion about the role of vaccines, because there’s never been a Scarlett Fever vaccine, and yet the chart of a huge decline in mortality from Scarlett Fever looks very similar to measles and pertussis: 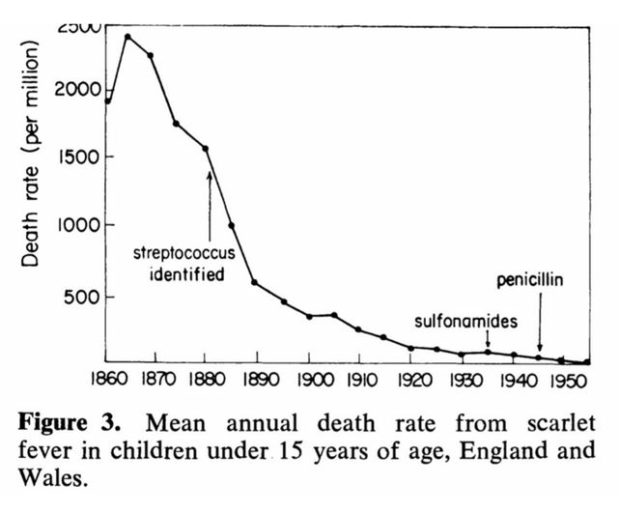 Dr. Kass was trying to make a simple point to his colleagues, but one with profound implications for public health. His point was so important, I’m going to quote him in really big font to try and drive it home:

Dr. Kass pled with his colleagues to be open to understanding WHY infectious diseases had declined so dramatically in the U.S. (as well as other first world countries). Was it nutrition? Sanitary methods? A reduction in home crowding? (We’ve since learned the answer to all three questions is, “Yes.”) He encouraged his colleagues to be careful not to jump to conclusions prematurely and to maintain objectivity and “devote ourselves to new possibilities.” 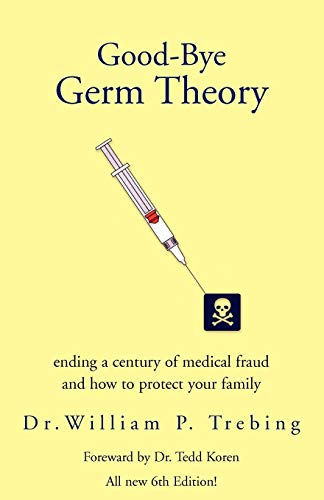 Manufactured Pandemic: Testing People for Any Strain of a Coronavirus, Not Specifically for COVID-19The Problem With Lincoln