The Death Wish of the Anarcho-Communists

[This article first appeared in the Libertarian Forum, January 1, 1970.]

Now that the New Left has abandoned its earlier loose, flexible non-ideological stance, two ideologies have been adopted as guiding theoretical positions by New Leftists: Marxism-Stalinism, and anarcho-communism.

Marxism-Stalinism has unfortunately conquered SDS, but anarcho-communism has attracted many leftists who are looking for a way out of the bureaucratic and statist tyranny that has marked the Stalinist road.

And many libertarians, who are looking for forms of action and for allies in such actions, have become attracted by an anarchist creed which seemingly exalts the voluntary way and calls for the abolition of the coercive State.

It is fatal, however, to abandon and lose sight of one’s own principles in the quest for allies in specific tactical actions.

Anarcho-communism, both in its original Bakunin-Kropotkin form and its current irrationalist and “post-scarcity” variety, is poles apart from genuine libertarian principle.

They totally fail to realize that the State has always been the great enemy and invader of the rights of private property.

Furthermore, scorning and detesting the free market, the profit-and-loss economy, private property, and material affluence—all of which are corollaries of each other—anarcho-communists wrongly identify anarchism with communal living, with tribal sharing, and with other aspects of our emerging drug-rock “youth culture.”

The only good thing that one might say about anarcho-communism is that, in contrast to Stalinism, its form of communism would, supposedly, be voluntary. Presumably, no one would be forced to join the communes, and those who would continue to live individually, and to engage in market activities, would remain unmolested.

Anarcho-communists have always been extremely vague and cloudy about the lineaments of their proposed anarchist society of the future. Many of them have been propounding the profoundly anti-libertarian doctrine that the anarcho-communist revolution will have to confiscate and abolish all private property, so as to wean everyone from their psychological attachment to the property they own. 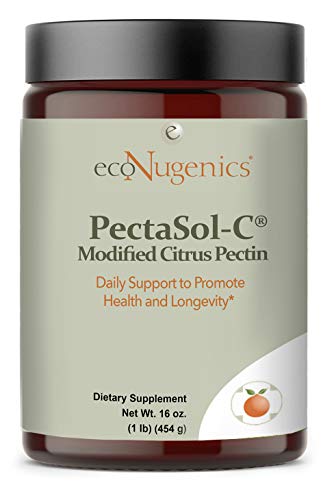 Furthermore, it is hard to forget the fact that when the Spanish Anarchists (anarcho-communists of the Bakunin-Kropotkin type) took over large sections of Spain during the Civil War of the 1930s, they confiscated and destroyed all the money in their areas and promptly decreed the death penalty for the use of money. None of this can give one confidence in the good, voluntarist intentions of anarcho-communism.

On all other grounds, anarcho-communism ranges from mischievous to absurd.

Philosophically, this creed is an all-out assault on individuality and on reason. The individual’s desire for private property, his drive to better himself, to specialize, to accumulate profits and income, are reviled by all branches of communism. Instead, everyone is supposed to live in communes, sharing all his meager possessions with his fellows, and each being careful not to advance beyond his communal brothers.

At the root of all forms of communism, compulsory or voluntary, lies a profound hatred of individual excellence, a denial of the natural or intellectual superiority of some men over others, and a desire to tear down every individual to the level of a communal ant-heap. In the name of a phony “humanism,” an irrational and profoundly anti-human egalitarianism is to rob every individual of his specific and precious humanity.

Furthermore, anarcho-communism scorns reason, and its corollaries long-range purpose, forethought, hard work, and individual achievement; instead, it exalts irrational feelings, whim, and caprice—all this in the name of “freedom.” The “freedom” of the anarcho-communist has nothing to do with the genuine libertarian absence of interpersonal invasion or molestation; it is, instead, a “freedom” that means enslavement to unreason, to unexamined whim, and to childish caprice. Socially and philosophically, anarcho-communism is a misfortune.

Economically, anarcho-communism is an absurdity. The anarcho-communist seeks to abolish money, prices, and employment, and proposes to conduct a modern economy purely by the automatic registry of “needs” in some central data bank. No one who has the slightest understanding of economics can trifle with this theory for a single second.

Fifty years ago, Ludwig von Mises exposed the total inability of a planned, moneyless economy to operate above the most primitive level. For he showed that money-prices are indispensable for the rational allocation of all of our scarce resources—labor, land, and capital goods—to the fields and the areas where they are most desired by the consumers and where they could operate with greatest efficiency. The socialists conceded the correctness of Mises’s challenge, and set about—in vain—to find a way to have a rational, market price system within the context of a socialist planned economy.

The Russians, after trying an approach to the communist moneyless economy in their “War Communism” shortly after the Bolshevik Revolution, reacted in horror as they saw the Russian economy heading to disaster. Even Stalin never tried to revive it, and since World War II the East European countries have seen a total abandonment of this communist ideal and a rapid move toward free markets, a free price system, profit-and-loss tests, and a promotion of consumer affluence.

It is no accident that it was precisely the economists in the Communist countries who led the rush away from communism, socialism, and central planning, and toward free markets. It is no crime to be ignorant of economics, which is, after all, a specialized discipline and one that most people consider to be a “dismal science.” But it is totally irresponsible to have a loud and vociferous opinion on economic subjects while remaining in this state of ignorance. Yet this sort of aggressive ignorance is inherent in the creed of anarcho-communism.

The same comment can be made on the widespread belief, held by many New Leftists and by all anarcho-communists, that there is no longer need to worry about economics or production because we are supposedly living in a “post-scarcity” world, where such problems do not arise. But while our condition of scarcity is clearly superior to that of the cave-man, we are still living in a world of pervasive economic scarcity.

How will we know when the world has achieved “post-scarcity”? Simply, when all the goods and services that we may want have become so superabundant that their prices have fallen to zero; in short, when we can acquire all goods and services as in a Garden of Eden—without effort, without work, without using any scarce resources. 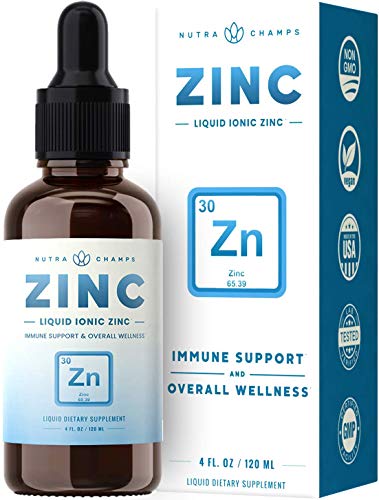 The anti-rational spirit of anarcho-communism was expressed by Norman O. Brown, one of the gurus of the new “counter-culture”:

The great economist von Mises tried to refute socialism by demonstrating that, in abolishing exchange, socialism made economic calculation, and hence economic rationality, impossible…But if von Mises is right, then what he discovered is not a refutation but a psychoanalytical justification of socialism…It is one of the sad ironies of contemporary intellectual life that the reply of socialist economists to von Mises’ arguments was to attempt to show that socialism was not incompatible with “rational economic calculation” — that is to say, that it could retain the inhuman principle of economizing. (Life against Death, Random House, paperback, 1959, pp. 238–39)

The fact that the abandonment of rationality and economics in behalf of “freedom” and whim will lead to the scrapping of modern production and civilization and return us to barbarism does not faze our anarcho-communists and other exponents of the new “counter-culture.” But what they do not seem to realize is that the result of this return to primitivism would be starvation and death for nearly all of mankind and a grinding subsistence for the ones remaining.

If they have their way, they will find that it is difficult indeed to be jolly and “unrepressed” while starving to death. All this brings us back to the wisdom of the great Spanish philosopher Ortega y Gasset:

In the disturbances caused by scarcity of food, the mob goes in search of bread, and the means it employs is generally to wreck the bakeries. This may serve as a symbol of the attitude adopted, on a greater and more complicated scale, by the masses of today towards the civilization by which they are supported…Civilization is not “just here,” it is not self-supporting.

It is artificial…if you want to make use of the advantages of civilization, but are not prepared to concern yourself with the upholding of civilization — you are done. In a trice you find yourself left without civilization. Just a slip, and when you look, everything has vanished into air. The primitive forest appears in its native state, just as if curtains covering pure Nature had been drawn back. The jungle is always primitive and vice versa, everything primitive is mere jungle. (José Ortega y Gasset, The Revolt of the Masses, New York: W.W. Norton, 1932, p. 97)

A Tale of Two Americas: On Which Side of Fear Do You Live?The COVID Coup