By Larry Romanoff
The Unz Review

It was amusing to watch the emergence of this debate on the US-China stage. The Chinese were understandably unwilling to be blamed for the emergence of a virus in which they had no part, and thus reacted strongly to accusations the virus originated in a Wuhan lab. The Americans proved to be even more terrified at the possibility of scientific proof that the virus escaped from one of their bio-labs, and resorted to the only weapon they had which was to turn up the volume on blaming China. There were two main reasons for this state of affairs:[1] The US was the only country known to contain all the varieties that were being spread worldwide.[2] The US is the only nation in the world known to have repeatedly used biological weapons on other countries, beginning with North Korea and never ceasing. Of even more damning consequence is the known locations of about 400 American bio-weapons labs spread throughout the world, to say nothing of the pathetically-lax institution at Fort Detrick.[1][2][3]

Moreover, Trump recently claimed he could kill the entire population of Afghanistan within days. “Afghanistan would be wiped off the face of the Earth. It would be gone and this is not using nuclear. It would be over in – literally, in 10 days.” Biological weapons would seem the only alternative. Hemorrhagic Fever and Hantavirus worked for the US in North Korea; perhaps also Afghanistan.[4][5][6] Mr. Trump later denied intention to carry out his threat, but let’s dispense with the fiction of the US having no biological weapons and that Fort Detrick and the 400 foreign labs are performing only benevolent “peace medicine” functions. If it were China with the above history and SARS, MERS, AIDS, EBOLA, bird flu, swine flu, and COVID-19 first erupted in the US, the Americans would claim this as 100% proof that China was responsible. It cannot be a surprise that much of the world today is naturally tending to lay these outbreaks at America’s doorstep. 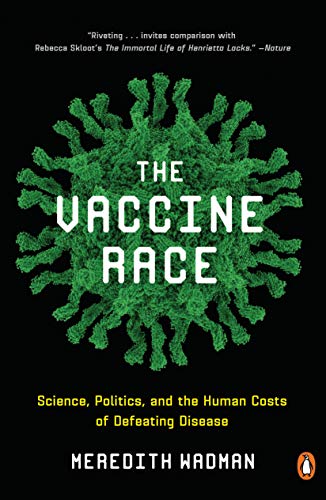 But returning to our topic of man-made COVID-19 or COVID-20, it seems everyone has been a little too eager to dismiss the possibility (or probability) of these viruses having a (human) helping hand.

Dr. Mae-Wan Ho of the Institute for Science in Society cites a Journal of Virology report (Feb 2000)[7] that described a method for inducing desired mutations into coronavirus to create new viruses. “Manipulating viral genomes is now routine, and it is easy to create new viruses that jump host species in the laboratory in the course of apparently legitimate experiments in genetic engineering. It is not even necessary to intentionally create lethal viruses, if one so wishes. It is actually much faster and much more effective to let random recombination and mutation take place in the test tube. Using a technique called ‘molecular breeding’, millions of recombinants can be generated in a matter of minutes. These can be screened for improved function in the case of enzymes, or increased virulence, in the case of viruses and bacteria. In other words, geneticists can now greatly speed up evolution in the laboratory to create viruses and bacteria that never existed in all the billions of years of evolution on earth.”[8] It wasn’t widely publicised, but Dr. Ho called for a full investigation into the possible genetic engineering and dissemination of the SARS virus.[9]

Then another article in which the author explained that scientists eager to dispel the notion of an artificial origin, do so by pointing out that these new coronaviruses didn’t reflect their computer simulations, the author stating, “To put it simply, the authors are saying that SARS-CoV-2 was not deliberately engineered because if it were, it would have been designed differently.” However, the London-based molecular geneticist Dr Michael Antoniou commented that this line of reasoning fails to take into account that there are a number of laboratory-based systems that can select for high affinity RBD variants that are able to take into account the complex environment of a living organism. “So the fact that COVID-19 didn’t have the same RBD amino acid sequence as the one that the computer program predicted in no way rules out the possibility that it was genetically engineered.”[10]

The article further states that “[The] authors of the Nature Medicine article seem to assume that the only way to genetically engineer a virus is to take an already known virus and then engineer it to have the new properties you want. On this premise, they looked for evidence of an already known virus that could have been used in the engineering of SARS-CoV-2. Since they failed to find that evidence, they stated, “Genetic data irrefutably show that SARS-CoV-2 is not derived from any previously used virus backbone.” But Dr Antoniou told us that while the authors did indeed show that SARS-CoV-2 was unlikely to have been built by deliberate genetic engineering from a previously used virus backbone, that’s not the only way of constructing a virus. A well-known alternative process that could have been used has the cumbersome name of “directed iterative evolutionary selection process”. In this case, it would involve using genetic engineering to generate a large number of randomly mutated versions of the SARS-CoV spike protein receptor binding domain (RBD), which would then be selected for strong binding to the ACE2 receptor and consequently high infectivity of human cells.

“This selection can be done either with purified proteins or, better still, with a mixture of whole coronavirus (CoV) preparations and human cells in tissue culture. This preparation of phage, displaying on its surface a “library” of CoV spike protein variants, is then added to human cells under laboratory culture conditions in order to select for those that bind to the ACE2 receptor. This process is repeated under more and more stringent binding conditions until CoV spike protein variants with a high binding affinity are isolated. Once any of the above selection procedures for high affinity interaction of SARS-CoV spike protein with ACE2 has been completed, then whole infectious CoV with these properties can be manufactured. Such a directed iterative evolutionary selection process is a frequently used method in laboratory research.”

There is, incidentally, another possible way that COVID-19 could have been developed in a laboratory, but in this case without using genetic engineering. This was pointed out by Nikolai Petrovsky, a researcher at the College of Medicine and Public Health at Flinders University in South Australia. Petrovsky says that coronaviruses can be cultured in lab dishes with cells that have the human ACE2 receptor. Over time, the virus will gain adaptations that let it efficiently bind to those receptors. Along the way, that virus would pick up random genetic mutations that pop up but don’t do anything noticeable. “The result of these experiments is a virus that is highly virulent in humans but is sufficiently different that it no longer resembles the original bat virus. Because the mutations are acquired randomly by selection, there is no signature of a human gene jockey, but this is clearly a virus still created by human intervention.”

Larry Romanoff is a retired management consultant and businessman. He has held senior executive positions in international consulting firms, and owned an international import-export business. He has been a visiting professor at Shanghai’s Fudan University, presenting case studies in international affairs to senior EMBA classes. Mr. Romanoff lives in Shanghai and is currently writing a series of ten books generally related to China and the West. He can be contacted at: 2186604556@qq.com. He is a frequent contributor to Global Research.