The Future of Money and Work

Is America in 2020 eerily similar to Germany of the 1920s? Is it appropriate to call the analogy Weimar America? With trillions of dollars printed in just days, 40+ million Americans out of work, and left and right-wing militias running amok fanning the flames of what were originally peaceful protests. Also, the battle for historical narratives coalesces with a new and most intense wave of attacks on statues of historical figures. The only thing missing is a Reichstag fire. However, we’ve already witnessed the burning of Minneapolis.

But does this all have to be bad news? Isn’t our world made up of complementary opposing forces? The sun always rising and setting without fail, ups followed by downs, and threats turned into opportunities? Various sects of Eastern philosophies (including some martial art schools) teach that a harmful force coming your way can be channeled to your advantage. The same can be said for social, political, and economic threats. We briefly outline these below. 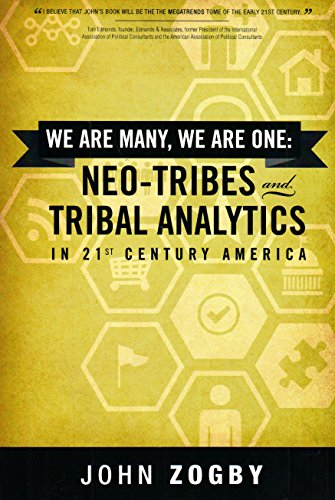 As in our previous edition of the Main St. – K St. IntelligenSEER powered by Zogby Strategies and EMI Research Solutions, we reference our recent nationwide online poll of 1,001 likely American voters (+/- 3.2 percentage points). While the data is entirely from Americans, much of what is playing out is on a global scale. Those from all over the globe can benefit from our second edition of the Main St. – K St. InteligenSEER.

These are, but not limited to:

Again, does all of this have to be bad news? The key is not to be a deer caught in headlights. A look at the data and trends with clear cut analysis and forecasts always helps to shine a light on what is to come.

On the Data Front

Whether in good times or bad times, money and work are necessities that allow everyone to enjoy what matters in life – family, hobbies. We will focus on the future of money and work according to what we asked the public and what they told us.

The Future of Money According to the Data

Is US Debt Unsustainable and What Will Become of the Average Standard of Living?

Our previous edition on June 1st went into detail on these two very crucial trends. Here are the updates.

A brief note on the riots and the increasing lawlessness:

Two basic views explain the recent wave of riots all across the nation (and world). One sees an organic movement built on rage over decades of police abuse, systemic corruption, and institutional racism towards minorities. Another points to outside agitators using coordinated violence. Regardless of which side you agree with, either way, the endgame is dangerous. Consequently, Americans in droves are fleeing big cities as they see the writing on the wall. Major metro areas no longer provide the life they once did as violence, homelessness, and disorder are on the rise.

In the Final Analysis

We already asked if America in 2020 is eerily similar to Weimar Germany in the 1920s? Historical analogies are never perfect, but they give us some grounding to make sense of what is happening. This state of crisis can be best understood by the economy facing destruction and thus tearing apart the social fabric. On June 11th, there was a 7% drop in the Dow Jones. Secretary of Treasury Mnuchin is calling for another trillion-dollar stimulus package. Currently, racism takes center stage in the mainstream media as the single most important issue of the day. In reality, an economy spiraling out of control, largely due to decades of reckless inflationary policy, is the unseen but omnipresent force behind what is ripping apart the social fabric and adding to the building pressure. Eventually, havoc wreaks on the public, and opportunists emerge from the fringes of society seeking violence to capitalize on their agenda. This was Weimar Germany throughout the 1920s, and it looks to be Weimar America in the 2020s.

Dear Government: This Is Not HelpfulCancel the White Men—And What’s Left?