Any cogent discussion of crime must begin by casting aside the obfuscations of criminologists and social scientists who habitually lump together all types of crime. But while most people can be made to wax indignant against fraud or against such abstract “crimes” as insider trading, or even become outraged at employees taking pencils from their employer, these “white-collar crimes” do not terrify them because they do not violate the physical integrity of the person or the home of the victim. The latter crimes are the ones that terrify and destroy the security of the average person and wreck social peace. We might call these malign forms “crimes of violence,” except that we should also put in the same category home burglary, which technically does not use weapons but inflicts the same sense of personal violation as more directly violent crimes. Let us then call them “street crimes,” which would include crimes of violence on urban streets or sidewalks, and also the home burglaries in suburban or rural areas.

Economists have added their own special forms of fallacy and misdirection to the problem of crime. To most economists, led by Chicago School economist Gary Becker, crime is a business like any other, and the criminal, like any businessman or investor, engages in a rational cost-benefit calculation in deciding whether or not to commit a crime. He compares the expected monetary benefit from the crime, with the expected costs of getting caught and the type of punishment probably received, all costs and benefits duly discounted by the rate of interest. This sort of analysis may well be applicable to business-type crimes, such as committed by organized groups of jewel thieves, bank robbers, or counterfeiters, or to the sort of mafioso activities immortalized in The Godfather. But these business-type crimes don’t terrify, and they do not qualify in our definition of street crime as street assaults, rapes, muggings, shootings, as well as home burglaries. To apply monetary cost-benefit analysis to street criminals in the Becker manner is so divorced from reality as to verge upon absurdity. 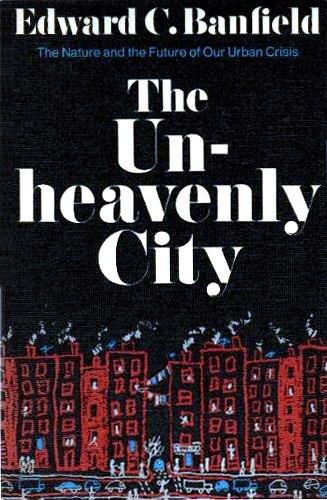 Take, for example, the latest fashion in street crime, rampant in Detroit, which in so many ways has blazed the path in this field and now spread to other urban areas: the drive-by shooting. A driver pulls up alongside his victims, opens fire, and then zooms off. How in the world can this practice be encompassed by Chicagoite monetary cost-benefit analysis? More and more, it has become clear that much or all such street crime is done not for the money but for psychic benefits. One young lad, when asked why he killed someone at random in a driveby shooting, replied: “I just felt like killing someone.” Some years ago, they would have replied “for kicks,” but it seems that anomie has replaced a sense of joy among young muggers and murderers.

One reason why standard economics has gone so far astray is that, ever since Adam Smith, economists have routinely assumed that people are exactly the same as every other, with the same values, norms, and preferences, and that they only act differently because of different institutional indictments or constraints. Combine this egalitarian legacy of the Enlightenment with Benthamite utilitarianism, and it becomes clear why economists’ analyses and policy conclusions have so often tended to be far off the mark and even counterproductive. 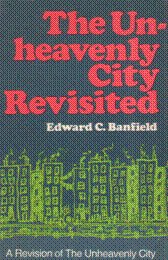 From its mathematical calculations, the Beckerite remedy for crime is to make punishment not so much more severe as more probable: to increase the certainty of getting caught and punished. Apart from the fact that the Beckerites have come out with precious few practical suggestions on how this increased certainty can be accomplished, there is more askew here. For the Beckerites ignore one of the important contributions of Ludwig von Mises and the Austrian School of economics: that individuals all differ in their values, habits, and preferences, and that a crucial aspect of that variety is what Austrians call their “rates of time preference.”

Working independently of the Austrian tradition, the political scientist Edward C. Banfield—in his delightfully cool, bitter, and hardheaded The Unheavenly City (1970), and the later edition, The Unheavenly City Revisited (1974)—put his finger on a key to the nature of the street criminal: a very high rate of time preference for the present over the future; in other words, a very short time horizon. The street criminal places a high value on present, instant gratification: whether it be from money stolen, from rape, or from the sheer “kicks” of beating or killing another human being. He commits these acts not because punishment is uncertain, but because punishment is sometime in the future, and he simply doesn’t care about the future. In a later article applying his analysis to street crime. Professor Banfield put the case well: “The threat of punishment at the hands of the law is unlikely to deter the present-oriented person. The gains that he expects from his illegal act are very near to the present, whereas the punishment that he would suffer—in the unlikely event of his being both caught and punished—lies in a future too distant for him to take into account.” Banfield goes on to add that “for the normal person” there are other stronger deterrents to crime than the legal penalty, such as disgrace, loss of job, hardship for wife and children if he goes to prison. These deterrents do not exist, however, for the present-oriented person. Everyone in his circle naturally gets “in trouble” with the police from time to time. He has no steady job anyway, and he contributes little or nothing to the support of his wife and kids, who, Banfield adds, “may well be better off without him.” Banfield makes it clear that the high-time preference person’s lack of a steady job is not due to lack of “employment opportunities,” but because this sort of person has no intention of subjecting himself to the discipline of engaging in full-time steady work. 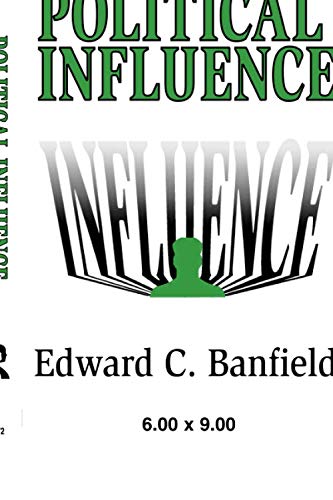 In his trenchant analysis Banfield consciously harks back to the great political philosophers of the West, particularly Hobbes, Locke, and Hume. In Leviathan, Hobbes pointed out that there would be no need for government if everyone obeyed the dictates of reason and natural law, for then there would be social peace. But instead, government is required because of people acting on “their perverse desire of present profit.” Hume writes about government being made necessary because “men are not able radically to cure, either in themselves or others, that narrowness of soul which makes them prefer the present to the remote.”

It is all too clear that in recent decades, government in the United States has lost its reason, its being, since the hightime preference street criminals have increasingly been allowed to run riot. We are being plunged, at an accelerating rate, into the sort of horrible criminal anarchy that no libertarian or “anarcho-capitalist” would countenance for one moment. What, then, can be done?

Previous article by Murray N. Rothbard: Why Most People Embrace the State