I am not trying to be cute and play with words.  That title is meant to convey what it says, so let me explain.

The people who own the United States and their allies around the world have a plan.  It is so simple that it is extremely devious.  Their plan has been in operation for many years.  It has most people bamboozled because it is Janus-faced by design, overt one day, covert the next, but both faces operate under one controlling head.  Some call this head the Deep-State. Even the Deep-State calls itself the Deep-State in a double fake. It is meant to make people schizoid, which it has.

The so called Deep-State has been given many names over the years.  I will not bore you with them, except to say that it was once called the power elite.  They are the upper classes, the super wealthy who control the financial institutions, Wall Street, the intelligence agencies, the corporate media, the internet, the military, and the politicians. They are multinational.

They are the wealthy nihilists who care not one jot for the rest of the world. They operate in secret, yet also run above-ground organizations such as the World Bank (WB), the World Health Organization (WHO), the U.S. Agency for International Development AID (USAID), etc. Their bloodstream runs on war, the preparations for war, and economic exploitation of the world.  All wealthy people are not party to their machinations, but they are almost always complicit in profiting from their crimes, unless they are very stupid.  Or play stupid.  Since I am talking about a great confidence game, that is quite common.

Other people, all other classes, the poor, middle-classes, even a portion of the upper middle classes mean nothing to the power elite unless they can serve their interests.  They are always waging class warfare to maintain their domination and control. Their recent version of this class war is underway in the United States and in many other countries. As of today, they are using race fears to create chaos and outrage to disguise their class warfare that is leading to the imposition of martial law.  Soon they will shift back to the coronavirus fraud. Back and forth, in and out, now you see it, now you don’t.

This class war is not new, but it is conducted today at warp speed since these people control the technology that has allowed them vastly increased power. In the U.S.A., it is conducted as usual under the guise of Republicans versus Democrats, the two representative political factions that are the faces of the controlled “opposition,” who are actually allies in the larger confidence game.  Keeping “hope” alive is central to their strategy.  Mind control is what they do.  Speed is their greatest ally.  Race is central to their game plan.  They always say they are protecting us.

It is all a lie.  A show.  Nothing but a spectacle for the gullible.  A shadow play.

The current president, Donald Trump, is the choice of one faction of these psychopaths.  This year, Joseph Biden, is the shaky presumptive choice of the other. Both are deranged puppets.  Regular people fight over who is better or worse because they are living inside what Jim Garrison, the former District Attorney of New Orleans and the only person to ever bring a trial in the assassination of President Kennedy, long ago called “the doll’s house.” 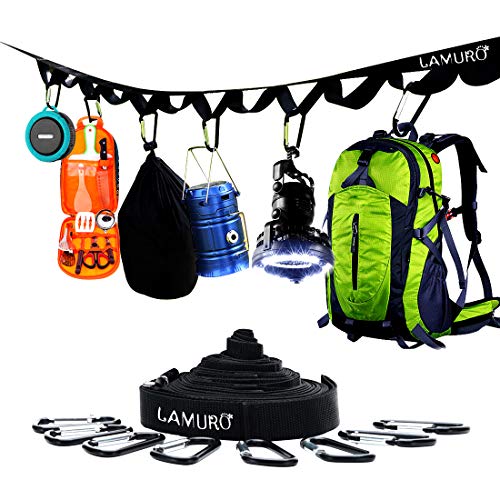 It is a place where illusions and delusions replace reality.  It is 24/7 propaganda. It keeps people engaged. It gives them something to argue about, one team to root for.  It’s a sport. It is similar to Plato’s Cave.  Fire has been replaced with electronic lighting and screens, but little has changed.

The sick system of exploitation is oiled and greased with the tantalizing bait of hope dangled for the masses.  Shit slogans like “We are all in this together.”

But there is no hope for this system.

But when the propaganda is so slick that it creates a double-bind, people grasp at any neurotic “solution” out of frustration.  As I write, huge angry crowds are out in the streets protesting the sick murder of a black man, George Floyd, by a white cop. Police infiltrators have started violent looting.  Chaos reigns, as planned. Such killings are routine, but someone turned a switch for this one when just yesterday operation corona lockdown with its fear and fake statistics had everyone cowering behind masks at home as the economic lives of vast numbers were destroyed in a flash.  For today, the masquerade is in the streets. Many good people are caught up in it.  In a few days the scene will shift and we can expect another “bombshell.”  These surprises will keep happening one after another for the foreseeable future.  Shock and Awe for the home crowd.  The war come home.  The controllers know you can’t wage war against the rest of the world unless you do so at home as well.

When one group within the deep-state won the internecine battle in 2016 and “shocked” the country with the election of the comical Trump, the other deep-state group called the Democrats, immediately set in motion a plan to try to oust him or to make it seem as if they were trying to do so. The naïve thought this may happen, and their deluded yearning has been stretched until the 2020 presidential election, although some probably think Trump might go before then.  He won’t.

So many people have destroyed their minds and relationships because they can’t see through the fraud. 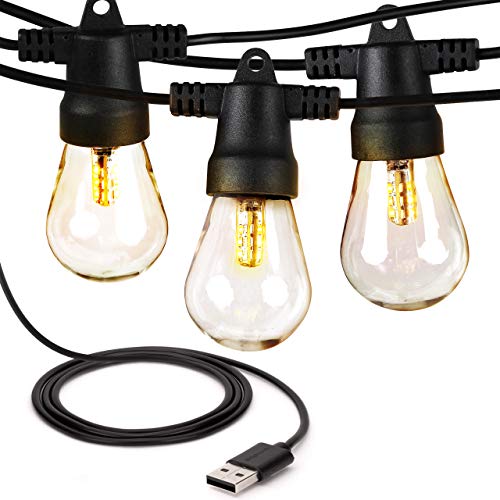 Early in 2017, as the outgoing front man for the CIA/warfare/Wall St. state, Barack Obama, left his time bombs for the future. The pink pussy hats were sent out marching to open the show.  Russia-gate was launched; eventually impeachment was tried. The Democrats. with their media allies, went on a non-stop attack. It was all so obvious, so shallow in its intent, as it was meant to be. But millions who were in the doll house were outraged, obsessed, frantic with rage.  They bought the con-game. Both those who hate Trump and those that love him have spent almost four years foaming at the mouth, breathless.

Trump was cast as the personification of evil.  A relentless attack on Trump began and has continued all this time. It is pure theater. Trump remains at the helm, as planned, holding the Bible aloft in a style reminiscent of a Bible thumping Klansman from The Birth of a Nation. Only the ignorant thought it might have been different.  He knows how to perform his role. He is a fine actor.  He outrages, spews idiocies, as he is supposed to do. That Mussolini style stance, that absurd hair, the pout.  Just perfect for an arch-villain. It’s so obvious that it isn’t. Herein lies the trick.

And who profits from his policies?  The super-rich, of course, the power-elite.  Who just stole 6-10 trillion dollars of public money under the hilariously named Cares Act?  The super-rich, of course, the deep-state.  It was a bi-partisan bank robbery from the public treasury carried out under the shadow of Covid-19, whose phony hyped up numbers were used to frighten the populace into lockdown mode as the Republican and Democratic bank robbers smiled in unison and announced forcefully, “We care!”  We are here to protect you. 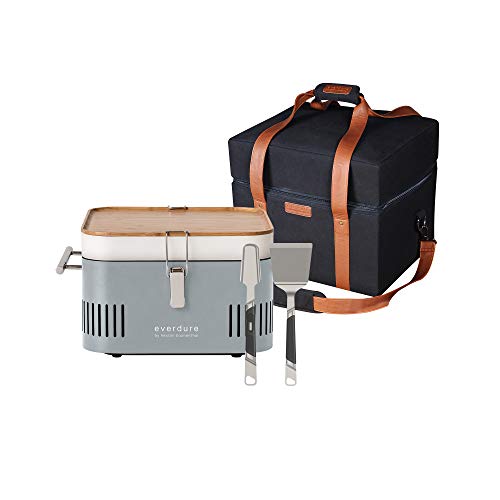 Remember how Barack Obama “saved” us by bailing out Wall St. and the big banks to the tune of trillions in early 2009.  Then waged unending wars. Left black Americans bereft.  He cared, too, didn’t he.  Our leaders always care.

Obama was the black guy in the white hat. Trump is the white guy in the black hat. Hollywood on the Potomac, as Gary Wills called it when Ronald Reagan was the acting-president.  Now Obama’s war-loving side-kick, the pale-faced, twisted talking Biden is seriously offered as an alternative to the Elvis impersonator in the White House.  This is the false left/right dichotomy that has the residents of the doll’s house in its grip.

If you can’t see what’s coming, you might want to break out of the house, take off your mask, go for a walk, and take some deep breaths.  The walls are closing in.

Knees will be on everyone’s necks in the months ahead. 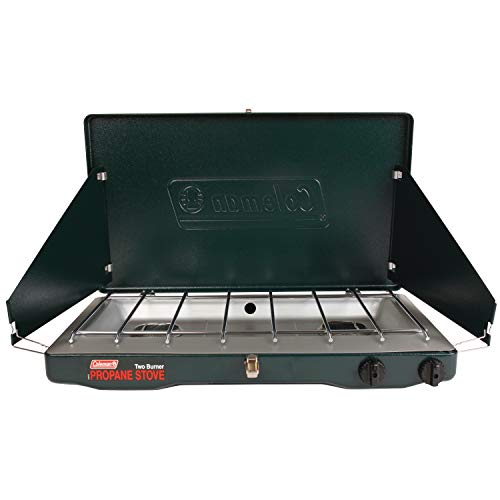 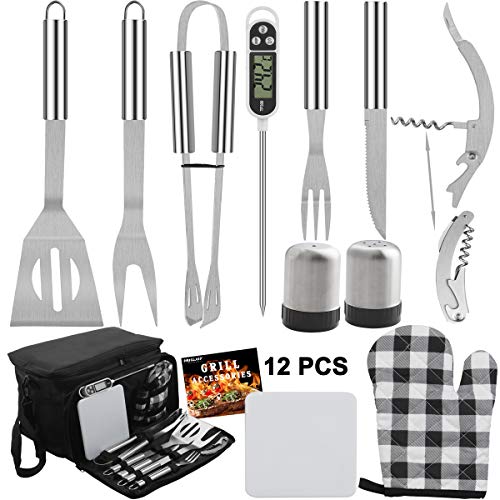 Previous article by Edward Curtin: Passing Behind Our Backs

Natural Law and Anarcho-CapitalismThey Don’t Care About the Data, and They Never Have