The Untold Story of Quitman Cemetery

Don’t make the erroneous assumption that Abe Lincoln’s hired killers and arsonists only destroyed larger towns in the War to Prevent Southern Independence. An example of their hooliganism and destruction of very small towns is the Yankee assault on Quitman, Mississippi in February, 1864.

My family and I recently visited the Confederate Cemetery just south of the Quitman city limits, roughly 25 miles from our home in Wayne County. It lies down a narrow dirt road, just off Highway 145, nestled among the pine trees, and just a few yards from the Meridian Southern Railroad (formerly known as Mobile and Ohio; Gulf, Mobile, and Ohio; and Illinois Central Gulf.) This cemetery contains the remains of approximately 300 Confederate soldiers. Although each tombstone is marked ‘Unknown Confederate Soldier,’ there are quite a few names of Rebel soldiers engraved in a granite slab at the site.

The cemetery is associated with what was known as the ‘Texas Hospital’ which was constructed nearby. Citizens of Galveston and Houston helped to construct the hospital in July, 1862, to ensure that Texans and other Confederate soldiers who were wounded, or seriously ill, could be treated and taken care of. They sent Dr. Louis Bryan with wagon loads of medicine which had been purchased in Mexico. Medicine was hard to come by in the CSA during the war, for obvious reasons. Dr. Enos Thomas Bonney, a well-respected surgeon from Enterprise, Mississippi, (a little hamlet about 12 miles north of Quitman) assisted Dr. Bryan, and eventually took charge of the hospital. 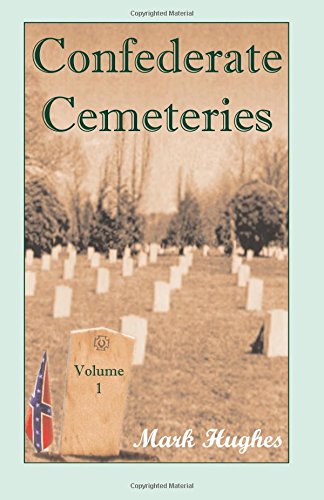 In January, 1864, Sherman received approval from U.S. Grant to commence with a raid into the heart of Mississippi in Meridian, meaning, of course, to destroy everything in the Yankee army’s path.

Sherman had been planning to make such a raid since October, 1863, when he wrote to General James McPherson about the ‘destruction in toto of a large section of the railroad at Meridian, the larger and more perfect, the better.’

This army marched through Jackson, Brandon, Morton, and Decatur, and arrived in Meridian on February 14. On February 16, Major General Crocker ordered Brigadier General Walter Q. Gresham to invade Quitman, destroy the railroad bridge across the Chickasawhay River, and the trestle work across Alligator Swamp. In an interesting side note, Gresham became Secretary of State in the Grover Cleveland administration. Then, as now, military heroes were often rewarded with cushy federal positions in Washington, D.C. for ‘jobs well done.’

Gresham did everything he was instructed to do, and more. His forces arrived in Quitman and proceeded to burn the railroad depot, the Methodist Church, (which was doubling as a hospital), the city jail, the courthouse, general stores, a sawmill, and a gristmill, in addition to many other buildings.

Gresham’s troops then tore up over four miles of the Mobile and Ohio Railroad track. Part of Gresham’s force then proceeded to the Chickasawhay River, where they destroyed the 200-foot covered railroad bridge which spanned the river. Not quite finished with their destruction, the Yankee troops then marched to the Texas Hospital and set fire to all the buildings. The hospital complex consisted of two large buildings, in addition to at least 12 wooden barracks, and a drug store. Providentially, the staff had received word of the impending U.S. Army invasion, and the staff and Rebel soldiers had evacuated into Alabama prior to the arrival of Gresham’s forces. Fifteen miles south, at the Langsdale Plantation (the Langsdale antebellum home is still intact today), residents could see the smoke from the fires in Quitman and the Texas Hospital as it burned to the ground. The Quitman ‘Texas’ hospital serving Confederate soldiers was never rebuilt.

Inexplicably, the cemetery became forgotten for over 50 years, when a farmer in the 1930s, breaking ground to put in a corn crop, turned up buttons from a Confederate soldier’s uniform. He had discovered the long-forgotten Confederate cemetery. The cemetery was formally dedicated on May 25, 1987.

For those interested in the history of our CSA, a visit to the Confederate Cemetery in Clarke County, Mississippi is highly recommended.

*Excerpts of this story were taken from www.Civilwarhome.com.

This originally appeared on Reckonin’.

Anthony Powell [send him mail] is an unreconstructed Southerner, a married, home-schooling father of seven, four of whom are still at home.

Archbishop Viganò: Dictatorships Arise Because Not Enough Voices Oppose Them The Campaign Against HCQ