It begins in muddied black and white, no voices over until about two minutes into the film. At first it may seem a bit unclear what is happening. But soon, with the first interview of a British officer, it becomes all too apparent—too graphic, too unsettling, too horrific for our minds so accustomed to the cushy prosperity and relative peace of contemporary America to fully grasp. And it is only the beginning. The online Youtube is titled “Forgotten History of World War II: Operation Keelhaul,” although the initial title in the film reads “Orders from Above.”

At the end of it we find in the credits that it was originally produced with much research by the BBC in 1975. To my knowledge it has never been screened on American television, never released in a VHS or DVD format of any kind. But it cries out, with the voices of millions of men, women and children cruelly and barbarously murdered, for acknowledgement…and for justice, even if seventy-five years too late.

It left a profound impression on me, as I think it will on you as you watch it. 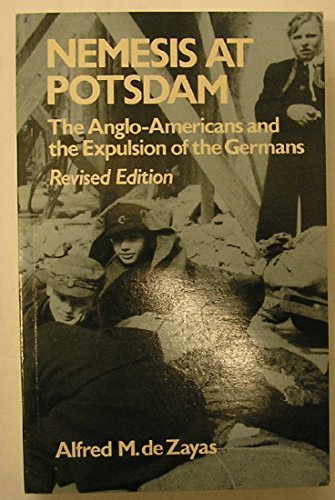 In 1974-1975 many of the sealed World War II records and archives of the British Foreign Office were finally unsealed, and, in particular, the files of how our English allies forcibly shipped back to the Soviet Union and to our supposed friend in the war against Adolf Hitler, “Uncle” Joe Stalin (as he was affectionately called in the Anglo-American press), some two million plus Russians who existed within Western Europe at the end of the Second World War.

And if other nationalities that were sent to the Soviets are counted the figures mount to around five or six millions: all to become victims of Stalin’s revenge.

Not just the thousands Russians (mainly Cossacks) who had actually volunteered to fight with the Germans against Communism and for their homeland (which was their object, not really for Naziism), but hundreds of thousands of civilians, who had been forced at gunpoint to work for the Nazis as part of their war effort. And including thousands of innocent women and children, again many inducted forcibly into labor battalions. Not only that, Stalin also requested—and many times got—any Russians the Westerns powers could round up or find who had taken refuge in Western Europe prior to 1939…in other words, the many anti-Communist Russians who had left Russia after the Revolution of 1918-1920 and had been living peaceably in the West since then.

For Stalin there were no POWS: a Red Army soldier was either victorious or died for Communism (either at the hands of the enemy or by his own suicide!). Capture by the enemy was unacceptable, not acknowledged by the Soviet military. A Soviet POW was already sentenced to death if he was captured alive or surrendered. Almost certain execution, either immediately or in a gulag, lay ahead for any returned comrade.

All this—all of the forced and many times very brutal and inexpressibly horrific repatriation at the point of a bayonet or facing British machine guns took place in almost total secrecy. The English—Anthony Eden, Patrick Dean and, yes, Winston Churchill (and Franklin D. Roosevelt)—were eager to placate “Uncle Joe” and keep him happy, even if it meant the cruel death (or at the least a slow death in a gulag in Siberia) for more than two million living, breathing men and their families. “Collateral losses” was an antiseptic term used, “unfortunate necessities” is another fancy word expression…an expression to evoke just one aspect of official Allied policy at the end of the War, a policy that continued for several years, and then details about which were locked away for another thirty years. 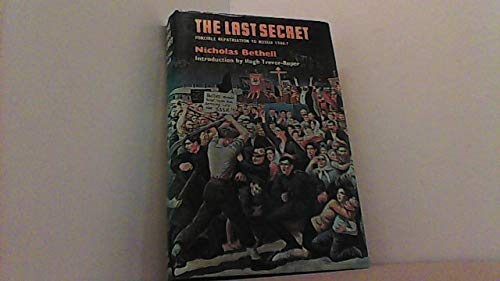 For three decades the policy of Britain and America was to keep a rigid silence about these actions, mostly deny the existence of such incredible barbarity…at least until 1974-1975. Then English journalist, Nicholas Bethel (in his riveting volume The Last Secret: The Delivery to Stalin of Over Two Million Russians) and Count Nikolai Tolstoy in The Secret Betrayal, 1944-1947  tore back the curtain, employing the finally opened archives.  And later Tolstoy, a British citizen and distant cousin of the famous Russian novelist, authored a shattering sequel, The Minister and the Massacres (1985), which traces in a straight line who gave the orders, who were responsible for what in many ways rivalled in barbarity the crimes of our enemies in the late war.

Those millions of Russian victims of the war do not take into account  approximately maybe ten to fifteen million Eastern European German civilians (Volksdeutsche) living outside Germany forcibly moved back to the fatherland, with only clothes on their backs, as many as 2.5 million of whom perished during the frigid winter of 1945-1946, as Alfred de Zayas has documented in his scholarly yet stunning volume Nemesis at Potsdam: The Anglo-Americans and the Expulsion of the Germans: Background: Execution, Consequences (1979).

Nor do they measure the actions of us Americans after the war—documented by Canadian journalist, James Bacque in his book, Other Losses (1989). Bacque’s incredible, nearly unbelievable findings: that U.S. General Dwight D. Eisenhower intentionally caused the deaths by starvation or exposure of around a million German prisoners of war held in Western internment camps briefly after the Second World War.

How do victorious powers in a righteous war against an Evil Power responsible for immense cruelty and criminality, then establish peace, justice, and liberty after that war when they engage in similar practices of cruelty and criminality against that Evil Power, or more specifically against millions of subjects in occupied lands under that Power’s control forced into its service?

Do we not still suffer the effects of our, in many ways, continuing dalliance with Communism, and more so today, of its bastard step-children, the progressivist “woke” post-Marxist Left that so defiles and despoils our culture, denies our history, and despises and bans our heritage? 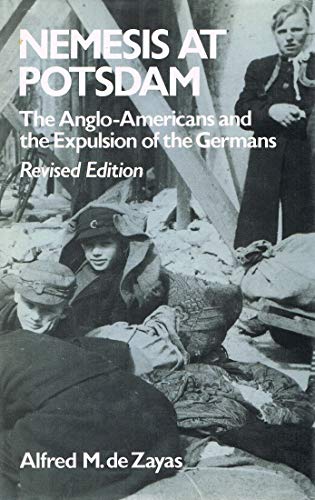 I pass on to you the Youtube, “Forgotten History of World War II: Operation Keelhaul.” It lasts for about one hour and a half, which I recognize is long for such a video. When I first began watching I thought only to view bits and small parts of it. But I could not stop—I could not stop listening to and seeing the still-shaken British soldiers and officers recounting how they had been ordered to bayonet soldiers and civilians and force them into blinded box cars or herded into over-crowded ships to Odessa, only to watch them brutally murdered dockside upon arrival. I could not stop viewing the searing images, the reminiscences of the few Russians who somehow managed to escape or survive.

If you don’t have a full hour and a half to watch this film immediately, just begin with a few excerpts—at about 23:00 into the film, then at about 56:00 for the next few minutes, and then finally at around 1:05:00 until the end when Aleksandr Solzhenitsyn, from his monumental Gulag Archipelago is quoted. Sadly, some of the books I’ve cited are now priced terribly high (and one must wonder why that is?), but I recommend also purchasing some of them and sharing them with your family and friends. In the scheme of eternity, it’s important.

Like the British officers and the clergyman interviewed, I too am haunted by all this, I am haunted by the complicity of “civilized” nations, by people raised and annealed in the principles of our Christian faith. This film makes it all too real.

If I had a time machine for our society and culture, I would immediately send us all back prior to the First World War (for that is where the Second originated)…and I would frantically warn the Archduke Franz Ferdinand not to go to Sarajevo. I would scream from the rooftops, as in Holy Writ, that irredentism and unbridled, headless nationalism could only lead to devastation. And I would plead that all men—English Victorians, the Russian tsarists, the French republicans, the Serbian extremists—spend more time in Church asking for God’s grace and forgiveness, than on the battlefield or hurtling blood-soaked threats at their neighbors….

Here we are now in 2020, after by far the bloodiest and most unimaginably vicious century—the 20th—in human history. And in our insouciance and worldliness we pretend that the most important things are material, and we act as if God does not exist. In fact, most people probably believe in Satan more, at least in the way they act, than in Our Heavenly Father.

It cannot last…indefinitely. And we should begin, we should prepare by arming ourselves with knowledge and Faith.

When the Deeper Troubles Arrive, Will Today’s Shame-Mongers Take the Blame? Criminal Big-Pharma Put in Charge of Covid-19 ‘Vaccine’