And so, with the unjust killing of George Floyd in Minneapolis, the quest for cosmic justice resumes — that is, the justice that settles all the scores of racial grievance for all time, which, of course, is unlikely to be satisfied by any means. Mr. Floyd was killed by police officer Derek Chauvin who knelt on Mr. Floyd’s neck for eight minutes with the full force of his weight while three other officers stupidly stood by watching and failed to intervene until Mr. Floyd was dead.

This time, there was no ambiguity in the killing, unlike the 2014 shooting death of Michael Brown in Ferguson, Missouri, that sparked a season of riots. Video from a bystander’s phone shows Officer Chauvin stupidly killing Mr. Floyd. The four policemen have reportedly been fired (NBC News), but no one has been charged yet. Two days of protests and nighttime riots have commenced in that city and are now spreading to cities around the country. With Memorial Day in the rearview mirror, you might say, as the old song goes, that summer’s here and the time is right for fighting in the streets.

It appears that the Progressive Left is all for letting it rip. Their chief signaling device, The New York Times, ran this headline today: “National Guard Called as Minneapolis Erupts in Solidarity for George Floyd.” 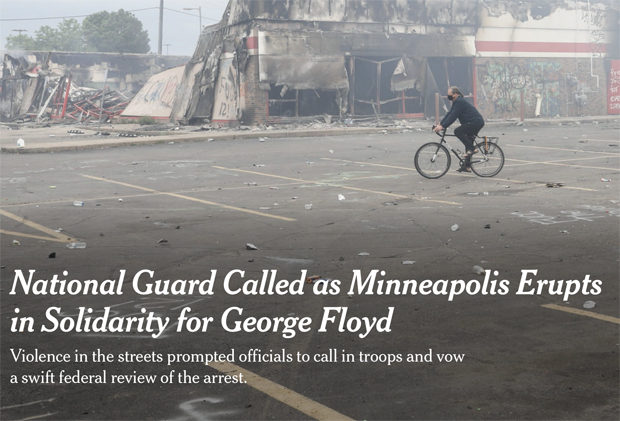 That sounds to me a bit like a stamp-of-approval for a lawlessly violent response to an act of official stupidity. Is The Times in solidarity with the mayhem? Which raises some questions: how much rioting, looting, and arson will be enough to satisfy that sense of solidarity in the quest for justice? Three nights? Three weeks? Three months? Will it cease if and when Officer Chauvin is charged with murder or manslaughter? How much rioting, looting, and arson will the authorities in other cities allow to rip before they move to forcefully stop it? Does all this disorder amplify itself in a feedback loop as it plays out?

Those would be tough questions in ordinary times, but we’re in an extraordinary convergence of crises that includes an unresolved Covid-19 pandemic, an unprecedented economic collapse, and the furious after-effects of a failed political coup that steeped the nation in delusion, institutional breakdown, and factional enmity. Black America is not the only group in the land that has an axe to grind.

For instance, with over 30-million suddenly unemployed, facing bankruptcy one way or another, maybe even eviction and hunger, and tens of thousands of small businesses failing, what will be the public mood if the stock markets keep shooting up and up and up, as they’ve been doing for a month? Those rising share values, which enrich a tiny percentage of the public, are a direct result of the Federal Reserve inflating the national debt by “printing” money-from-thin-air. It comes in the form of bonds, the interest on which ultimately has to be paid by taxpayers. Many will not fail to notice that it smells like a scam. Will the economically floundering public revolt against it? Will they take to the streets and start burning down things other than police stations and AutoZones?

Could all that intersect with black street violence in cities across the land? A hint was suggested in cable TV video of rioters on the streets in Minneapolis hoisting a sign that said “kill all white people!” The Progressive Left has indulged and excused sentiments like that for years. (Remember New York Times editorial board hire, Sarah Jeong, tweeting “#CancelWhitePeople” and “dumbass fucking white people”?) What if those maledictions are acted out? Does the Left, including the Democratic Party, want to ignite a race war in America on top of a second great depression in a plague year? 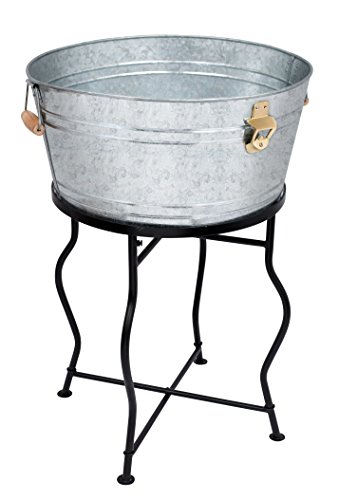 Once cycles of violence are set in motion, they are very difficult to stop. The animosities between different groups in the USA are not so different in character from what’s been seen in other places around the world in recent times: the strife in Northern Ireland, the breakup of Yugoslavia, the civil war in Lebanon, the factional fighting in Libya, Syria, Iraq. All of them grew out of quests for cosmic justice, and all of those conflicts produced lasting damage to the societies they inflamed.

Donald Trump may appear poorly suited to presiding over such a national crackup. Many will accuse him of instigating it. Whatever he does is liable to be construed as wrong by half the nation, whether he acts decisively to put down actual insurrection, or dithers inconclusively while cities burn. His Democratic rival, Joe Biden, appears even less credibly capable of managing a crisis. He is, in fact, a Potemkin candidate for president, a stalking horse for forces and persons mysteriously awaiting emergence in Milwaukee around mid-August. It looks like some people will have to start deciding some things.