“Fear is the main source of superstition, and one of the main sources of cruelty. To conquer fear is the beginning of wisdom.”
~ Bertrand Russell–Unpopular Essays (1950) “Outline of Intellectual Rubbish”

If conquering fear is the beginning of wisdom, then allowing fear to control one’s behavior is ignorance. At this point in time, the entire country is consumed by a false fear of a government-manufactured pandemic, and this fear has led to a mass reaction based on ignorance. Instead of facing fear and seeking the truth, the masses have chosen to flee and hide as ordered by their masters, without enough courage to first question or understand the threat. That reaction has pushed this society to the brink of insanity, because the real threat has nothing to do with this so-called virus, but has everything to do with the planned reaction to it, which can only lead to total servitude. 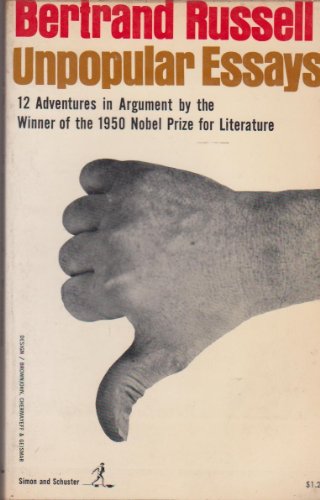 Everything that has happened has been long-planned, and none of this was due to any natural occurrence of disease. The real pandemic is simply fear, and those perpetrating this fraud understand that any society that has been dumbed down to this level, and has become dependent and weak would be an easy target for this false flag coronavirus event. The plan was brilliant in that understanding the pathetic nature of the average American citizen was the key element in being able to not only achieve the goal of having an entire country’s population voluntarily place themselves in home prisons without resistance, but to destroy their own livelihoods, eliminate travel, isolate from family and society, and to distance and wear masks. They are now expected to accept long-term isolation, mandatory vaccination with poisons, complete restriction of travel, constant surveillance and tracing, and forcible removal and imprisonment of so-called infected family members, including children by agents of the state.

H.R.6666 is the COVID-19 Testing, Reaching, and Contacting Everyone (TRACE) Act now in Congress. This is a fascist public/private partnership to trace everyone by what is referred to as “contact-tracing,” something right out of the Gestapo. This is not only mass surveillance of the entire population, but allows for any member of any household to be forcibly removed based on government criteria including the number of bathrooms in the home. Draconian does not even begin to describe what is going on, as with implementation of these policies, government agents can come into any home and remove and imprison any they deem necessary. State governments are already prepared to implement these strategies, and New York has begun the largest “contact tracing” surveillance effort in the United States already. In addition, the Trump Whitehouse economic advisor, Kevin Hassett, stated that “there is no downside” to implementing those measures on a national level to stop the spread of the coronavirus.

Many cities, including Chicago, already have acquired syringes for mass forced Covid vaccinations, as all these plans were put into place long ago. None of this is in response to what has happened, as planning for this fake pandemic has been going on for many years. That is why these efforts to build infrastructure for tyrannical measures are happening so quickly, because all of this was done far in advance of this staged crisis.

It is vital to understand that not only was this virus crisis purposely manufactured in my opinion, but every aspect of the response was manufactured in advance as well. None of this is accidental, as every response by government was long-planned, and structured to take effect once the pandemic was announced. In addition, these government lockdown mandates actually perpetuate the risk and spread of this and other viruses. Since most everyone is considered to eventually become infected, continuation of isolation, mask-wearing, distancing, and over-sanitizing will cause more sickness. With more sickness, the lies by government about it all being Covid-19 will continue, and therefore, the mandates will continue to remain in place. It is a prepared circular pattern that will guarantee continued sickness and continued response.

There is another aspect of this that is little talked about, but has been discussed by the brilliant Dr. Judy Mikovits. That is concerning the probability that many viruses are already in our bodies, and can be activated and will replicate if our immune systems are compromised. This is a perfect scenario for spreading this virus and others from within, not from exterior contamination. Therefore, as mentioned earlier, isolation and masks cause undue stress, and with stress, the body’s immune system will become compromised. That will allow for viruses already in the body to attack cells and begin replication due to a weak immune system that is not prepared to fight back.

As I said recently:

“By mandating isolation, and the wearing of masks, any viruses already inside the body will be able to replicate at lightening speed in every host that has had a flu shot, and in addition, now that those people’s systems are compromised, internal viruses are able to sicken the hosts, and then spread is enhanced.

Stress causes the weakening or non-function of immune systems, and isolation and fear cause massive stress. Wearing a mask is at once dangerous because it restricts airflow, and can increase the intake of carbon dioxide. In addition, this stress caused by wearing a mask, also causes the internal viruses to expand because it causes more secretions and allows cells to become vulnerable to attacks by viruses already inside the body. Any that had a flu shot in the past would be vulnerable to those viruses injected into their systems that could become active due to wearing a mask, and stressing the immune system. Replication would be aggressive and could cause sickness under these conditions.”

Those that had flu shots in 2017 and 2018 are more likely to get coronavirus due to the makeup of those shots as I mention below.

“All those that received flu shots in 2017 and 2018 got coronaviruses introduced into their body, and the most aggressive of these shots were those done in Italy. They were supercharged you might say, but all these shots had coronviruses because they were made by using animal cells, including chicken cells in the U.S. version, and H1N1 strains in Italy that were grown inside dog kidney cells containing coronavirus.”

Our risk is increasing every day this goes on, but it is false fear that is driving this entire fiasco that is threatening all of mankind. The conversation should not be about any virus, but should concentrate only on the government’s tyrannical reaction to what has been propagated as a virus pandemic. This is a setup, and one that has the potential to destroy the economy, individual health, freedom and liberty, and set the stage for a world ruled by the few in an atmosphere of seclusion, slavery, and terror.

I am often asked to supply the solution to these problems, and that indicates a complete lack of confidence and strength of character of all those that want someone else to fix the problem facing them. That is why we are here today. There is no simple answer, and no one can do this alone. Each person has to improve himself first, and decide not to bow down and obey the state, and instead to stand up against those attempting to rule over him. If large numbers of people do this, this takeover of society can be stopped, but if continued mass cowardice is evident, we face the end of freedom.

Previous article by Gary D. Barnett: The Coronavirus Response: The Goal Is Control of All Humanity

Will We Become a Nation of Sycophants When Government Hands Everybody a Check?And They're Gone! The Obscenity of Dr. Fauci's Jobs-Mageddon