Ivan Illich, a Philosopher For Our Times

Friends and fellow Americans, I ask not your praises of Ivan Illich , but only note that we bury his memory at our peril in times which have rendered his work disturbingly prophetic.  If there were ever a neglected thinker who deserves a reading, or a corrective re-reading it would be Ivan Illich(1926-2002).  A radical critic of institutions, his writings are indicative of our present moment, when institutions have suddenly been either abolished or sanctified.  Yet who knows him today?  If he is not mistaken for the fictional character of Tolstoy’s famous short story, then he is pigeonholed as a hot-headed educational refusenick.  Where is he encountered in our world, except perhaps on the musty knick-knack shelves of old hippies (the Bernie bros of their day) hiding somewhere under half-used packs of Zig-Zag “cigarette” wrappers?  As a European (Croatian-Austrian) who adopted Latin America as his spiritual home at the height of Fidelismo he had numerous unkind things to say about the United States and the American way of doing things.  To be sure, we needn’t accept him as either priest or prophet, for like us all he was a creature of his time and place.

Yet, whether we can dine at his table or drink the cup that Illich drank from, we can at at least accept him as a gifted philosopher and gather up the mental crumbs which have been scattered throughout his diverse and unsystematic works.  The first step in granting Illich our full intellectual attention is to demystify the paralyzing left/right dichotomy, and see him as an independent thinker who’s insights ought not to be swept under omnibus historical categories like “liberation theology” or “60s radicalsim.”   As a man of engagement rather than a contemplative thinker his actions were taken in response to particular constellations of ideology and power salient at a given historical moment.  Yet the controversial activism was rooted in an appreciation of human dignity, a perrenial philosophy far closer to libertarianism, populism, or even conservatism, than any form of Marxism.  A passionate defender of the so-called “Third World” against what he deemed the corrosive effect of North American influence, his writings are increasingly relevant to the United States, a society which in some respects has joined the ranks of the Third World itself.  For, as they would have said in the 60s, “the chickens have come home to roost.”

WWIIT:  What would Ivan Illich think?

Think, not do, since we are interested in applying his thought to the contemporary situation, which in many respects is both different from, and an intensification of, the world Illich worked with.  Significantly, the kind of policy recommendations which would have once seemed leftish, today resonate as well, if not better with libertarian and conservative thought.  Application aside, what principles of thinking guided Ivan Illich, and are these the sort of principles which might miraculously turn the zombies of today’s chattering classes into independent thinkers?  At the risk of oversimplification, let’s pick out just three of Illich’s methodological principles: radical nominalism, methodological anti-institutionalism, and a critique of pure life.

1) Radical nominalism.  As a paleolibertarian I can empathize with what Richard Weaver called “Realism” to the extent of lamenting how modern education has abandoned Platonic ideals such Truth, Goodness, and Beauty.  However in the dirty and detailed world of social criticism, nominalism, as a style of thought, comes into its element and leaves realism behind.    This is because a critical examination of the relationship between terms and their referents is a powerful antidote to uncritical acceptance of state and media propaganda.  Especially so, as the power institutions which dominate society are as much the creatures of nomenclature and modes of thinking as they are of human, material, and organizational factors.  Granted, unbridled nominalism can lead to magical thinking, but Illich was not building up castles in the air, he was critiquing the correspondence between words such as health, wealth, knowledge, and life one the one hand, and the phenomena which they so often misrepresent.  Illich realized that the nomenclature which large institutions use to capture “objective reality” is largely a mishmash of self-serving propaganda rather than a world-view based on disinterested observation.  Importantly, the kind of nominalism which Illich employed owed little if anything to the tradition of British analytic philosophy.  Rather it seems to have been a pragmatic adoption of the methodology which he encountered in anthropological linguistics. 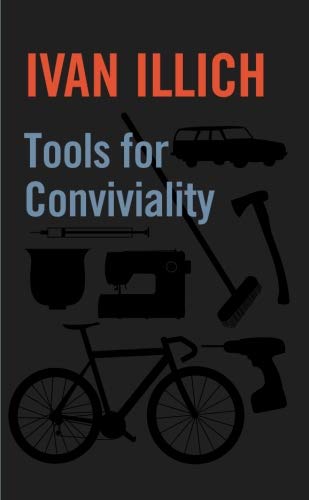 2) Methodological anti-institutionalism.  As a dissenter from the world of “progress” I cherish institutions.  When I think of institutions my first reference is usually to family and kinship systems, religious organizations and whatnot.  In the unequivocal anti-institutionalism of Ivan Illich there are no sacred cows.  None the less, it is clear that his critique of institutions is primarily directed at the misuse of power, and especially the abuse which is characteristic of highly asymmetric power relations.  In the context of his writing the paradigmatic example would be a Third World village seduced by the blandishments of a multinational corporation.  Illich was aware that there are indeed institutions which are primarily dedicated to their functions, however he pointed out that beyond certain levels of scale and entrenchment, whatever remains of their functionality becomes secondary to the enhancement of power, wealth, and status.  As a Catholic Christian Illich was probably aware of Acton’s saying that “power corrupts and absolute power corrupts absolutely”, but regardless, the principle itself was a touchstone of his own understanding of institutions.  Illich was and is a helpful thinker since he understood that the injustices of modern institutions were seldom carried out as extensions of naked tyranny.  Rather they are typically cloaked with the trappings of benevolence and progress, the toxic effects of which only become observable in the long run.

3. A critique of pure life.  Illich came into his full powers when he turned his attention to bioethics.  He was investigating the meaning of medicine and health a generation in advance of the year 2020, when epidemic news suddenly seized the headlines.  His crucial contribution was the notion of a “biocracy” i.e. the superseding of democratic society in favor of the rule of life by experts, and especially medical experts.  This thesis of a developing rulership over all life in turn begs the question of what is meant by life.  Here Illich reveals himself to be a profound Christian philosopher, and perhaps a radical heretic within the context of his own church, for he insists on differentiating spiritual from biological life and affirming the ultimate priority of the former.  Indeed, Illich boldly hypothesized that the last and greatest idolatry would be an idolatry of life in which life itself was reduced to a matter of biological survival.

From Marxist to Mystic 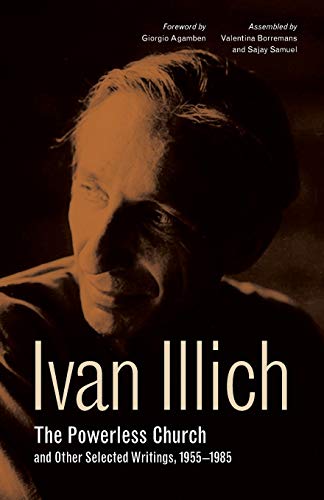 In a more subtle fashion than, say, Alexander Solzhenitsyn (who was once a Soviet officer) Illich seems to have awakened to the injustices of the world while he was still primarily a man of the left.  Always a priest and a Christian, his life took a more spiritual turn as his thought matured.  This sort of maturation, which is normally observed in an evolution of attitudes towards politics, morality or economics, showed itself in Illich predominantly with regard to language.  Originally an advocate of verbal communication as a panacea among contemporaries practicing “conviviality” Illich in his maturity acquired increased respect for the written text.  Interestingly enough, he turned his attention away from the 20th century and towards the work of Hugh of St. Victor in a book called In the Vinyard of the Text.  Here he tied together his insights about verbal communication with an appreciation of the way in which texts and manuscripts were used, as well as the use of the alphabet as a universal cognitive map, something we are inclined to take for granted today.

Surely few of Illich’s original fans would ever consider In the Vinyard of the Text the apex of his work.  After all, in the revolutionary ’60s it would not have been considered “relevant.”   Yet in taking up themes from the middle ages and Scholasticism (granted the many limitations of the latter) Illich was expanding “conviviality” from a social bond limited to the present, to a mystical conversation binding together the present, past, and future.  In other words, he was coming out in favor of tradition and the inheritance which the present receives from the past.  If that isn’t the earmark of a conservative thinker I don’t know what is.  Moreover I doubt that this was a novel turn in Illich’s thought, but rather the public revelation of a deep strata of his mind which had long been obscured by his active engagement with the hot-button issues of his times.

Whether or not, as I have been hinting, Ivan Illich can be repackaged as a conservative or a libertarian, his works deserve renewed appreciation.  At the very least, we should be looking at his work on bioethics, which ought to challenge the doctrinaire and dangerous consensus which has emerged at the top of our political class.  And as a final benefit, perhaps a rereading of Illich can bring together all those, of either the left or right, who are committed to human well-being, dignity, prosperity, and freedom. 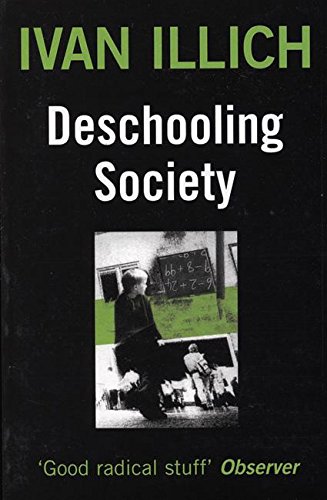 Previous article by Mark Sunwall: Flesh Gordon, Or Why the Crises Are Different These Days

COVID: The Squeeze Play on the PopulationThe US Declares War on America