The Biggest Fraud in History is Happening Right Before Our Eyes

“When I consider Life, ’tis all a cheat;
Yet, fooled with hope, men favour the deceit;
Trust on, and think to-morrow will repay:
To-morrow’s falser than the former day;
Lies worse; and while it says, we shall be blest
With some new joys, cuts off what we possesst.”
~ John Dryden, Aureng-Zebe

More and more evidence is forthcoming daily that this new coronavirus called Covid-19, is not only being blown out of proportion, but is purposely being manipulated to show many more deaths than are actually caused by this mystery virus. In some cases, as in Italy, the so-called current epicenter of this falsely identified pandemic, the obvious deception is easy to identify, but it goes on none the less; this due to the perpetrators of this fraud understanding that fear sells, and allows for the unimpeded ease of population control. This is partially due to a weakness of mind, but also to the fact that the American public is no longer independent and free, but is beholding to the state as guardian of the flock. 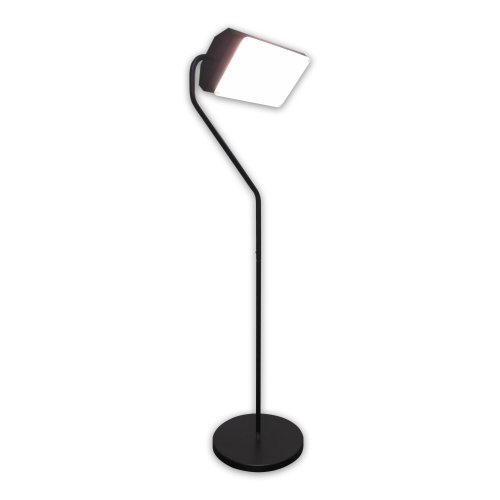 Much of the hype surrounding this ordeal has been refuted, and those responsible for making magnificent and unsubstantiated death claims early on have not only backed off, but have ratcheted down their initial warnings exponentially. This was done quietly and without fanfare of course, unlike their mass fear mongering, but nonetheless their claims were patently false. This is why the continued tyranny due to this hype is so ridiculous, as the false basis for the initial fear has been exposed, but the political class and its media continue on as if their lies were not noticed. In the meantime, millions of Americans are without a job, without savings, and without any way to support their families, all due to forcible government interference into their lives in the name of “safety.” The economy was shut down, and is still shut down, with no apparent end in sight.

The salacious headlines continue, and read as if Armageddon is already here, but by some legitimate estimates, the actual numbers being reported of death due to this virus could be ten times too high. There should be no doubt at this point that this entire episode of viral panic has either been purposely staged, or used to accomplish nefarious political agendas, or both. All this for a pneumonia-like sickness that is minor compared to the common flu, but a very convenient tool if control of the masses is sought.

Much of this began due to governments’ around the world, especially in the U.S. and UK, listening to one man, a supposed coronavirus “expert,” Epidemiologist Neil Ferguson. He projected 2.2 million deaths in the U.S. and over 500 thousand in the UK if extreme actions were not taken. After the first day of the UK lockdown, he lowered those estimates by a factor of 25 down to 20,000. After this was properly scrutinized, he made a statement in an attempt to cover his own incompetence, but was not successfully in my opinion. But did things change after his fraudulent model was exposed; a model used to close down entire countries? Of course not, because that would never fit the agenda sought by the ruling class.

The worst case of abuse of the truth concerning this virus has been in Italy where over 88% of alleged deaths due to coronavirus were misattributed. In other words, 9 out of every 10 deaths in Italy stated as due to coronavirus are likely false. For more information about the Italian scam, see these links here, here, here, and here. If things continue as of late, the U.S. will be the next country to completely shut down, claiming death numbers that are also extremely misleading, and in fact could be outright lies.

Much of the economic damage is already done, and the continued devastation due to the extreme measures taken under the guise of protecting all of us will linger for an unknown amount of time. GDP in this country is estimated to fall 35% in just the second quarter alone, but with much of the economy completely destroyed, and possible unemployment up to 30% or more, even when these restrictions are lifted, the damage already done will prove to be unbearable. With this comes extreme psychological problems as well, and sickness and despair at every level will not only increase, but will be deadly. When all is said and done, this virus will seem tame compared to the horrible consequences of the state’s version of a cure.

The next menacing government threat of this plotted response is coming, and that is a coronavirus vaccine that will be demanded or even forced on the public. As the screws of surveillance and control get ever tighter, mandated vaccinations are in our future. Long after this virus has disappeared, the vaccines will still be with us, and most likely very dangerous. First, vaccines are questionable when all is done correctly, and over a long period of time, but a coronavirus vaccine is already being tested. Vaccines normally need at least 18 months or more to be tested properly before being used on the public. The risks and potential side effects could be deadly, and certainly could cause much harm. Beware of the wolf in sheep’s clothing called the government and the CDC. False claims about this new vaccination coming will abound, but caution is warranted.

This is about power and money, lots of money. Pharmaceutical companies, the CDC, and those like Bill Gates and his ilk, stand to make fortunes, and with mandates for vaccination, also will have a seemingly endless market, all due to government interference and enforcement. This is a dream for these evil people and corporations, and safety is the last order of business in a fiasco like the one unfolding.

Fear and panic have driven this monstrous response, and although government and the mainstream media knowingly fed this fear from all angles, the people at large accepted the fraud hook, line, and sinker. As I have mentioned many times previously, the death toll from the state response of shutting down the country, isolating people and families, forcing those most at risk into seclusion which is the equivalent to a death penalty, and destroying the economic activity that sustains the lives of all will certainly be responsible for many more deaths than the so-called threat of any virus. The toll on Americans from this madness perpetrated by government will be the real pandemic, and one that will continue for years to come. What a travesty, and what an exposé on the horrendous and vile nature of government and media today. Evil is as evil does, and government’s evil deeds during this manufactured crisis have laid bare the wickedness that is the political system and its criminal representatives at every level of rule.

The state is God, deifies arms and prisons. The worship of the state is the worship of force. There is no more dangerous menace to civilization than a government of incompetent, corrupt, or vile men. The worst evils which mankind ever had to endure were inﬂicted by bad governments. The state can be and has often been in the course of history the main source of mischief and disaster.
~ Ludwig von Mises, Chapter III: Etatism

Previous article by Gary D. Barnett: Due to the Coronavirus Hoax, Consider the Consequences of Martial Law and Asset Takeover Going on in America