As any risk-taking pioneer knows, it is lonely taking the lead and suffering the derisive scorn of one’s compatriots.  I have been there and so can understand what Dr. Anthony Fauci, the director of The National Institute of Allergy and Infectious Diseases and the public face of the U.S. government’s coronavirus efforts, must be feeling.  Fauci was recently quoted by Time magazine as saying to interviewer Kate Linebaugh:

I don’t think we should ever shake hands ever again, to be honest with you.

Time got the quote wrong.  He actually said:

I don’t think we ever should ever shake hands ever again, to be honest with you.

You can’t be more emphatic than repeating a word three times. 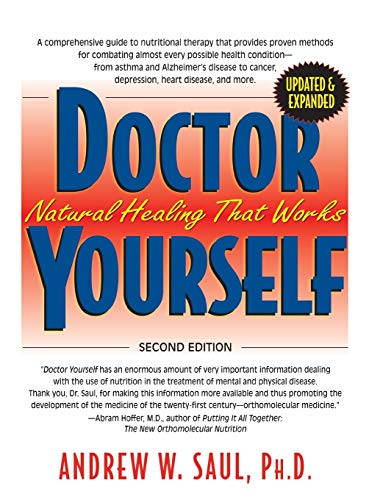 Brave and cool-handed doctor that he is, he must be sweating now, wondering if getting so far out in front will result in unfair attacks on his feeling for flesh and blood human beings. Hand shaking has been around a while, and like hugs and kisses, people seem to like it, so the doctor is entering dangerous territory.

The triple “ever” in his statement seems to have raised some eyebrows with those who believe three is a magic number.  Some say that you can never be too careful with such statements from public officials and you must read them as if they were entrails and you were a haruspex.  I doubt it.

I’ve heard it said that it might be a clever coded message to his in-crowd that they can still give the secret handshake, or is it the elbow shake, while the public gets the shakedown.  I also doubt that kind of paranoiac speculation.

Maybe it’s a way to “walk it back” if the heat gets too hot.  Who knows?   Maybe the triple “ever” in his statement will give him an opening to say he was only joking.  I don’t think so.  He doesn’t seem like the joking type.

He said he was being honest and I think we should take him at his word. Honesty is hardly ever heard and mostly what we need from him. You’ve heard that before, I assume, and agree.  For we depend on him; he is, as they say, “America’s Doctor.”

I don’t doubt that his words “don’t…ever” mean never, and never is a long, long time.  Like eternity, I guess.

When you’re in the anti-germ business, no measures are too extreme. I know where he’s coming from and think I know where he’s going, too.  I’m a germaphobe myself and have always been extremely uncomfortable with the hand-to-hand stuff and have panic attacks at the thought of mouth-to-mouth activity. The other interpersonal bodily activities are beyond repulsive to me.

Whenever I’ve seen pictures of prisoners being visited by loved ones who were separated by a screen and couldn’t touch, I would have this weird thought that I always kept to myself until now: that it also made sense for those outside prison cells to be separated by screens.  I suppose it’s why I’m really into cell phones.  Screens do protect us from bugs, and most digital devices have anti-virus protection, which is especially handy during plague times.

As I said, I have taken pioneering risks myself and suffered ridicule as a result. I have recounted these experiences in detail before.  What follows is a summary offered as a friendly warning to Dr. Fauci of how irrational people can be when your good advice and actions threaten their distorted sense of nostalgia for the old days and ways.  They can get very nasty with their criticism.

My fear of germs and unhappiness with relationships led me to take radical steps.  A few years ago, I woke up one morning and looked in the mirror and said to my image, “Man, you are a pathetic sad sack.”  Then I heard a report on National Public Radio that said the latest cool thing was to marry yourself – they called it sologamy, I think the guy said.  It made you feel good about yourself, something I really needed.  They interviewed this woman who had just married herself and boy was she flying high and enthusing about the great feeling it gave her.  She said she had realized she had fallen out of love with herself and marrying herself was like the second time around.  It really stirred my blood and got me thinking what I could do for myself in a germ-free way.  I started humming that old song, you know, “Love is lovelier, the second time around.…”

So I took the plunge and married myself.  Sad to say, the relationship didn’t work out; actually it was a disaster, and so I eventually filed for a divorce. It was no one’s fault really, but we were emotionally devastated nevertheless. At least we had no children and few knew of the marriage since it was so intimate that I hadn’t invited anyone to the wedding.  So the mockery I suffered then was mostly self-induced, and was small in comparison to what followed.

About six months later, CNN, as they so often do, alerted me to a new technological possibility with a report about a Japanese man, Akihito Kondo, a school administrator, who fell in love years ago with Miku, a cyber-celebrity hologram. He had finally taken the plunge and married Miku in a lovely ceremony in front of thirty-nine people.  Kondo seemed radiantly happy and not at all confused.

So I took another chance and married an anime hologram friend named Meto.  She was cute as a button, and being on the lightweight and ethereal side, posed no risk of germs.  But she was such a lightweight, even I couldn’t stand her and so we parted amicably without ever formally marrying.

It was then I resolved not to listen to the mainstream media for relationship advice.  I was still rather desperate for a partner, however, and didn’t know where to turn when I happened upon an offbeat podcast where a doctor, no less, was talking about how he thought sexbots would be the wave of the future since they posed none of the problems our flesh is heir to and now were powered by artificial intelligence, which was an added bonus. He also said they came germ free, which was the key for me. So I ordered one by the name of Sveltlana and we have been a healthy couple for about seven months now.

My friends and family ridiculed me terribly at first, but now with the coronavirus pandemic, they are softening their mockery. I have withstood the worst of their abuse as a risk-taking pioneer must. There is no need for me to tell them that Svetlana wears gloves and a mask or that we never shake hands.  Why would we?  I think they may even be starting to get jealous.

I think Dr. Fauci may be shortly facing just the first and mildest form of abuse for his brave advice to never shake hands.  He seems like the sort that can soldier on despite the criticism. But everyone needs encouragement in these diseased times.  If, as seems likely, he is planning to follow my germophobic path forward toward a clean robotic future, he might appreciate my cautionary story so he can find strength to vaccinate himself against the silly criticism he is sure to encounter.

So many people have gotten into the sick habit of shaking hands, kissing, and hugging that when a public servant of his prescience and prominence warns that these social habits must be abandoned in the name of public health, there is bound to be an irrational, gut reaction.  Such people, who are living in the past and need to stop and think, have always resisted the sage advice of futurists of every stripe, and such pioneers have had to stand strong in the face of public ignorance. Dr. Fauci, like his associate Bill Gates, is a true pioneer.

There is one thing I do not doubt: that digital distance living and a robotic future will only find full popular acceptance when leaders are willing to step up, do the right thing, and take the heat.  Keeping people locked in their cells, living the techno life separated from other bodies, will demand a strong hand from the bosses.  It’s called doing one’s job.  Will “America’s Doctor” get the appreciation he wants for doing his?

At least that’s what Cool Hand Luke thought.  But naysaying didn’t get him too far, did it.

Previous article by Edward Curtin: Phantoms of ‘The Operation’